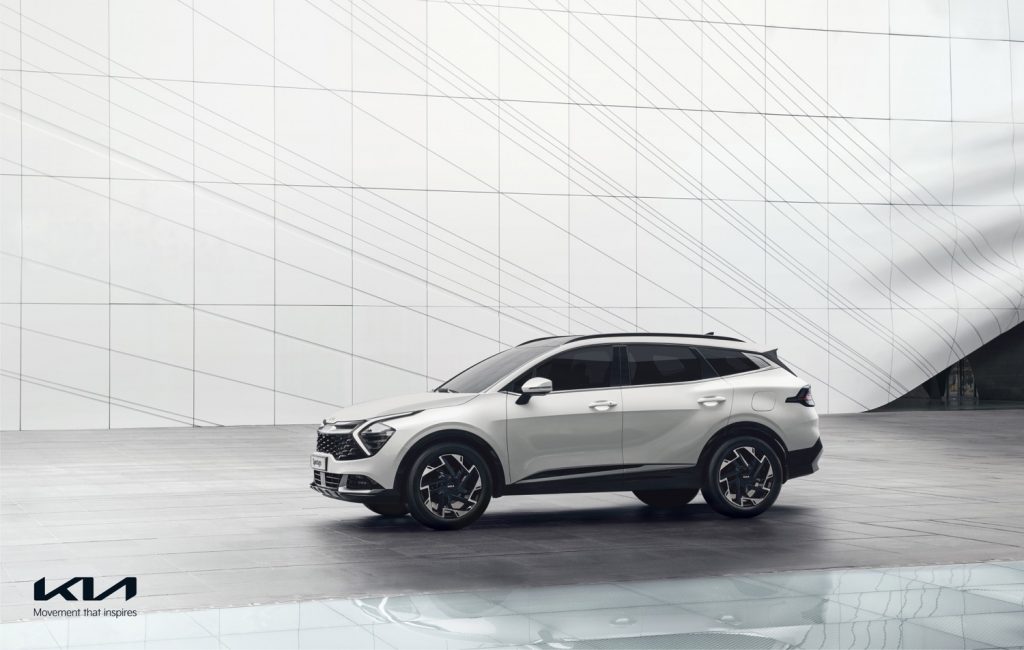 Outside, the 2023 Kia Sportage exemplifies Kia’s “Opposites United” design theme, and is the result of a collaborative effort by Kia’s global design network, located in the U.S., China, Korea, and Germany. The front end is dominated by a new black grille graphic, which is spread horizontally across the front fascia with a variety of technical angles and cuts. The grille is an evolution of Kia’s “Tiger Nose” design seen on past models, and is flanked by a pair of boomerang-shaped daytime running lamps 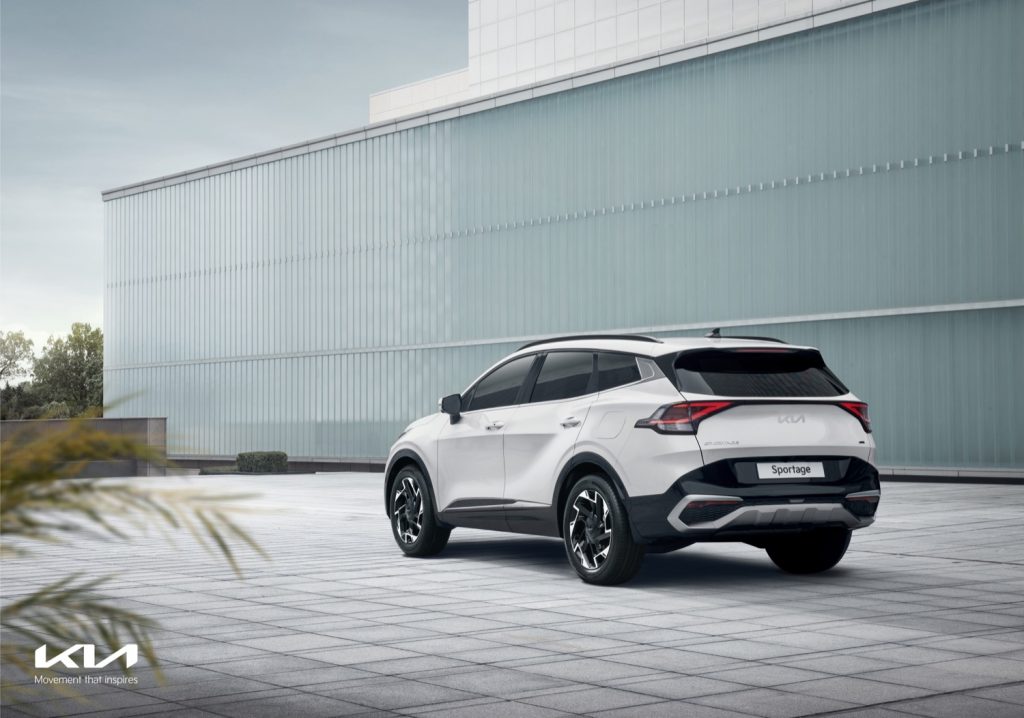 A chrome beltline leads up to the D-pillar. The exterior also features a lower graphic bumper in the rear, complementing the black grille up front. Notably, Kia is offering a two-tone color combo with a black roof treatment for a little extra spice. 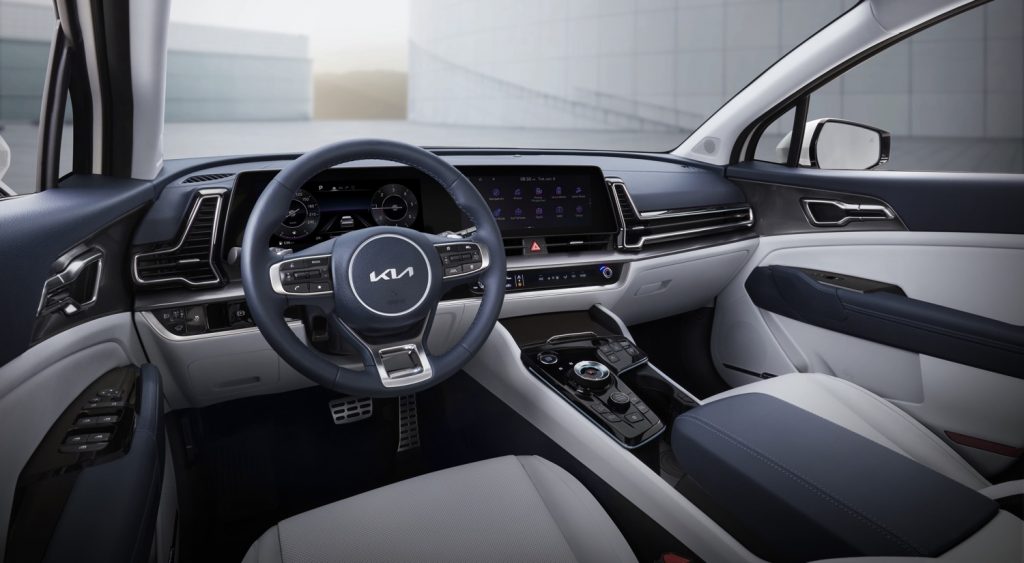 The interior is new as well, and features a panoramic curved display along the dash. Infotainment controls are made through a touchscreen pad, while a glossy finish and chrome details are used for the trim. There’s also hangar designs in the seats for an easy and convenient spot to store clothing or handbags.

For those customers that want a little extra visual punch, the 2023 Kia Sportage will also be offered in the all-new Sportage X-Line, which features a unique front bumper, side sills, and a curved roof rack, as well as signature sage green or black seating inside the cabin with quilted upholstery and black metal wood trim. 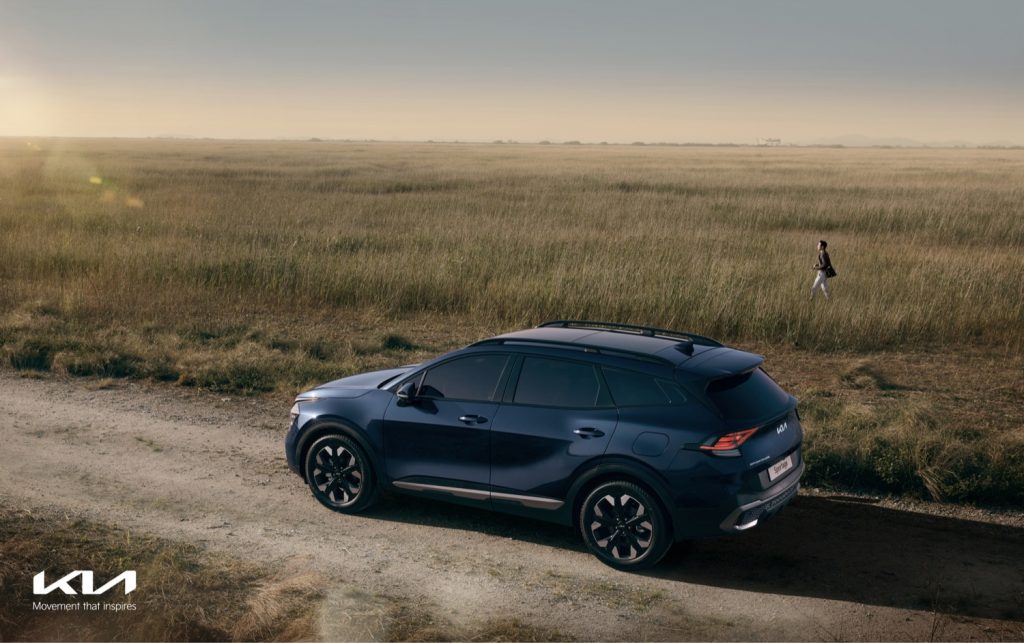 More information on the 2023 Kia Sportage is set for release at a later date, with a global market launch slated for later in the year. Like all recently redesigned Kia products, the new Kia Sportage will likely go on sale in Korea prior to launching in North America. As such, expect it to arrive for the 2023 model year in the U.S.