The Toyota Tacoma and Chevy Colorado are fierce rivals, both vying for ground in the midsize pickup segment. Both vehicle lines also offer off-roader-spec variants, including the TRD Pro from Toyota, and the ZR2 from Chevy. Now, the 2022 Toyota Tacoma TRD Pro has received new improvements to rival the Chevy Colorado ZR2. 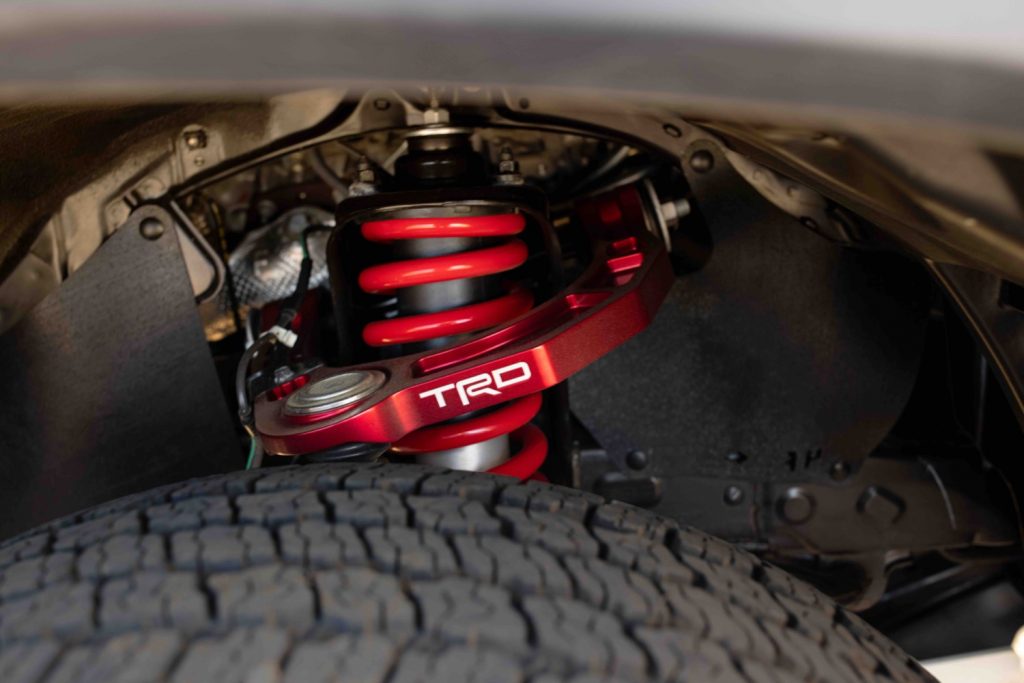 Let’s start with the suspenders, where the 2022 Toyota Tacoma TRD Pro gets an increased lift, including a 1.5-inch lift in front and 0.5-inch lift in back. The suspension set-up includes new machine-forged aluminum TRD upper control arms, plus TRD-tuned 2.5-inch Fox internal bypass shocks.

The lift provides added capability with a 36.4-degree approach angle, 24.7-degree departure angle, and 26.6-degree breakover angle, all of which are improved over the previous-generation vehicle. 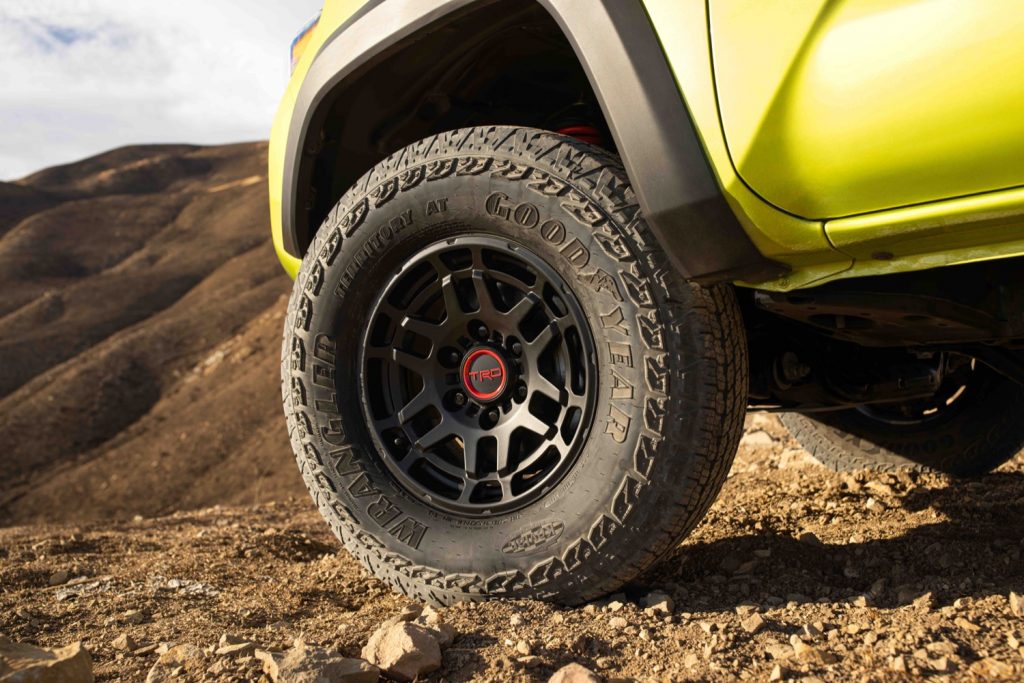 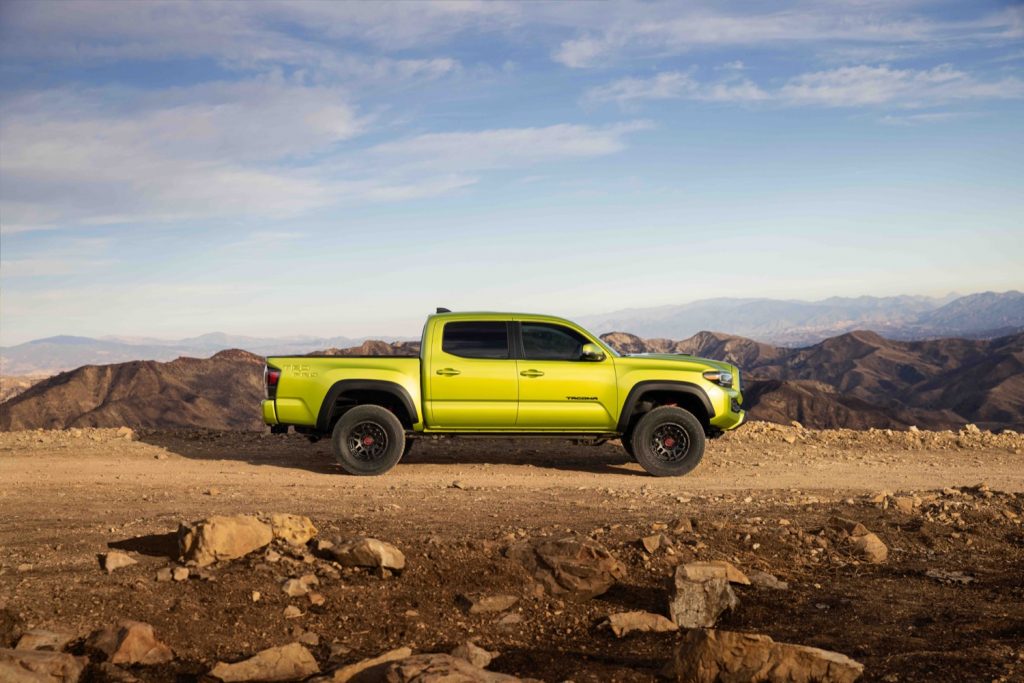 As for the greasy bits, the 2022 Toyota Tacoma TRD Pro is fitted as standard with a naturally aspirated 3.5L V6 engine, which produces 278 horsepower and 265 pound-feet of torque. The V6 is also equipped with a free-flowing cat-back exhaust that adds a little extra aural punch to the mix. Output is routed through an available six-speed manual transmission, or a six-speed automatic. 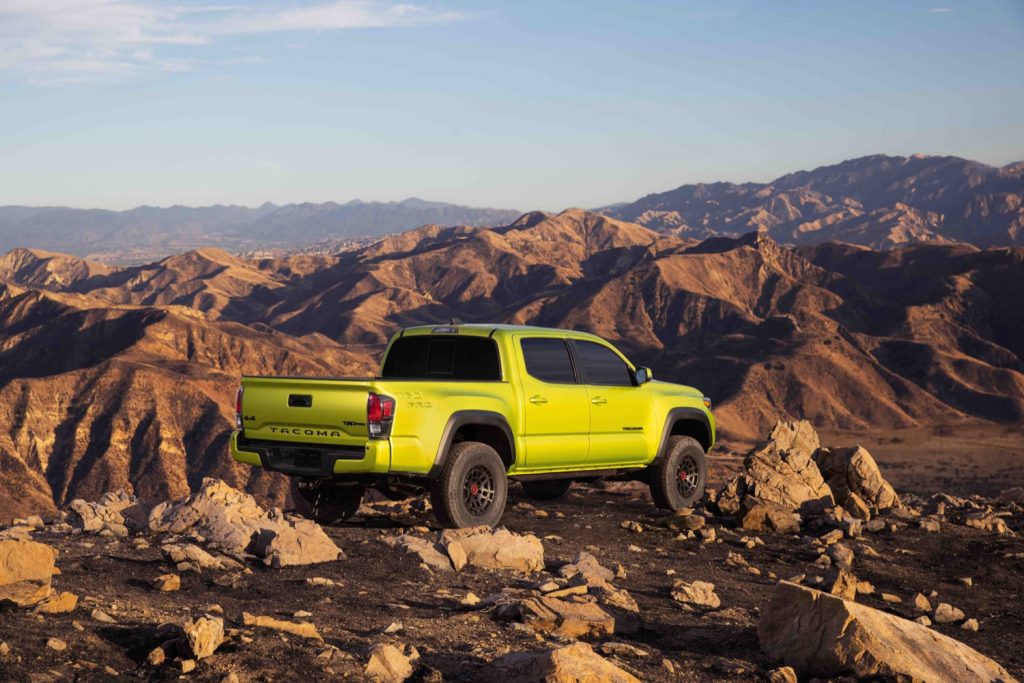