The GMC Sierra 1500 is set for a full model refresh with the upcoming 2022 model year, and among the new model’s list of changes and updates, a completely overhauled interior stands out as one of the biggest highlights. Now, GM Authority Executive Editor Alex Luft is going over all the interior changes set to debut with the 2022 GMC Sierra 1500 Denali in the following video. 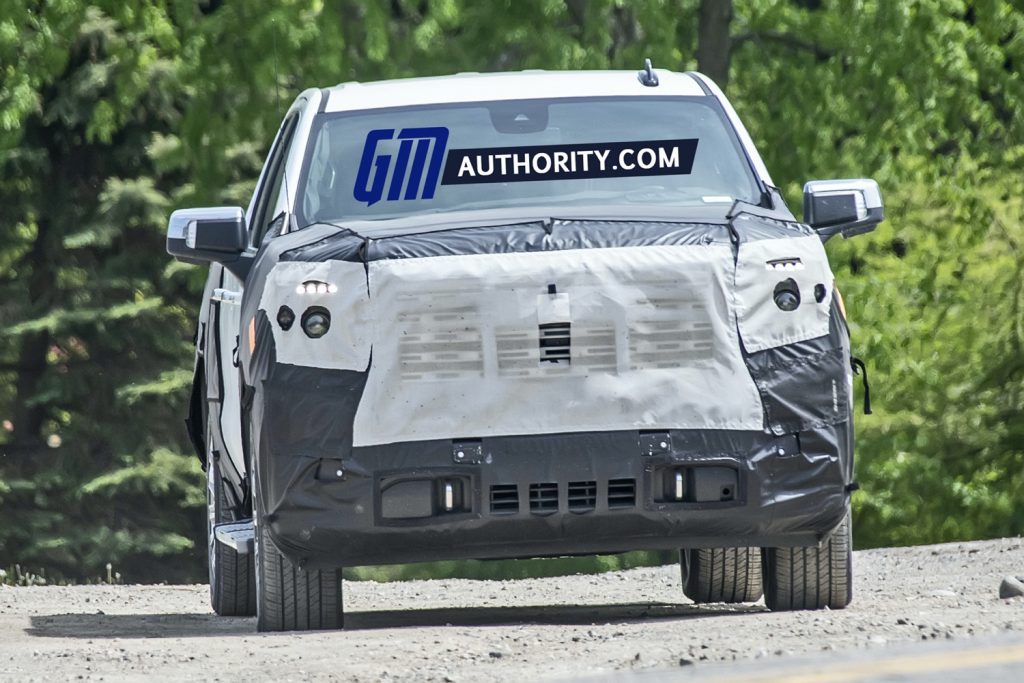 From the off, it’s important to note that the model featured here is the range-topping Denali trim level, as indicated by the grille treatment, the full-length chrome running boards, and the chrome tow hooks in the front fascia. This is important as the 2022 GMC Sierra 1500 may differentiate between Denali trims and non-Denali trims with a unique center stack layout, similar to the interior differentiation implemented between the 2021 GMC Yukon and 2021 GMC Yukon Denali. 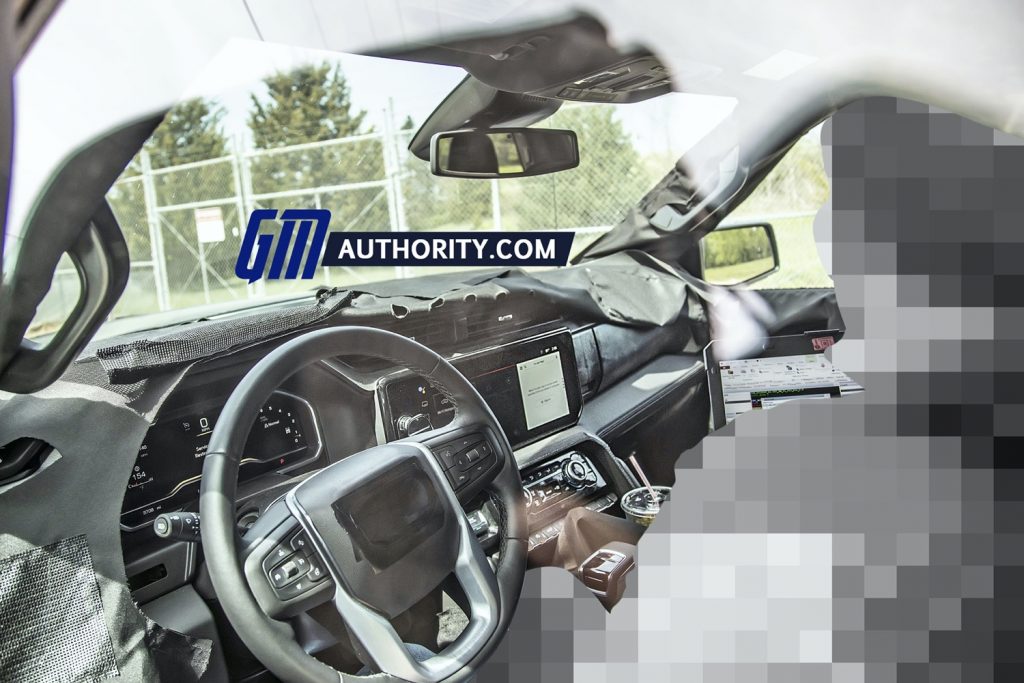 Moving inside, we see that the 2022 GMC Sierra 1500 Denali gets a completely overhauled center stack, which GM Authority was the first to report back in February of 2020. For example, the air vents are now horizontally oriented and located at the top of the center stack, below which sits a wide central infotainment screen with physical controls located on the left.

The 2022 GMC Sierra 1500 Denali will feature Google Android Automotive OS (AAOS) for infotainment, and will include cloud-connected search and app capabilities that will initially be offered with the 2022 GMC Hummer EV pickup. 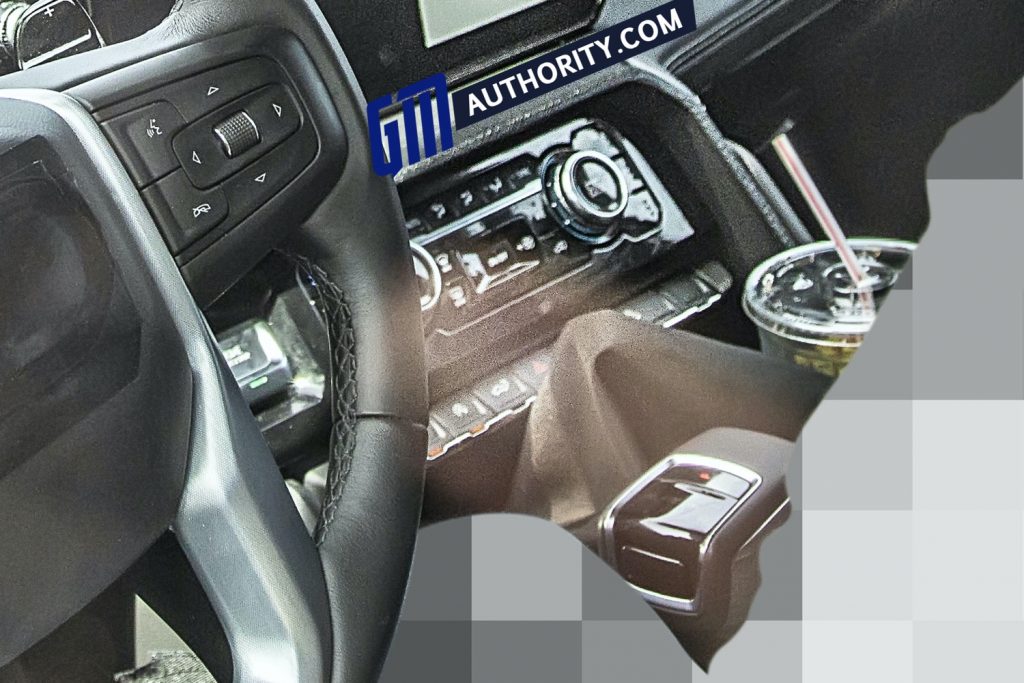 Below the center screen is the HVAC panel, which houses a number of switches and hard buttons titled at an angle up towards the driver and passenger. Notably, the panel appears to be similar to that of the current 2019 and newer Sierra 1500 pickup.

Behind the steering wheel, the 2022 GMC Sierra 1500 Denali offers a digital instrument panel, as teased previously, while the column-mounted gear selector was deleted in favor of a console-mounted shifter, as GM Authority reported previously. 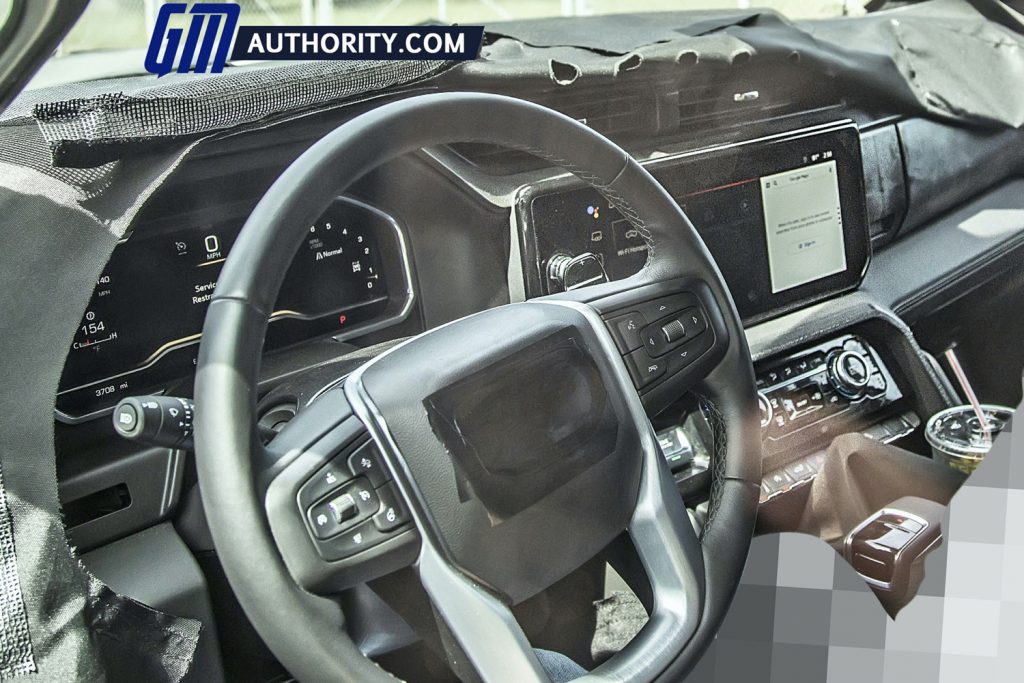 The tech spec will also include the option for GM’s Super Cruise semi-autonomous drive system, as confirmed previously, offering hands-free vehicle operation on select highways in North America. This particular model, however, is not equipped with Super Cruise, as indicated by the lack of the tell-tale Super Cruise strip located along the top of the steering wheel.

Further updates will include exterior styling revisions, although the overhauled interior and tech are considered some of the most-important updates (if the not the most important updates) for the 2022 model year refresh. 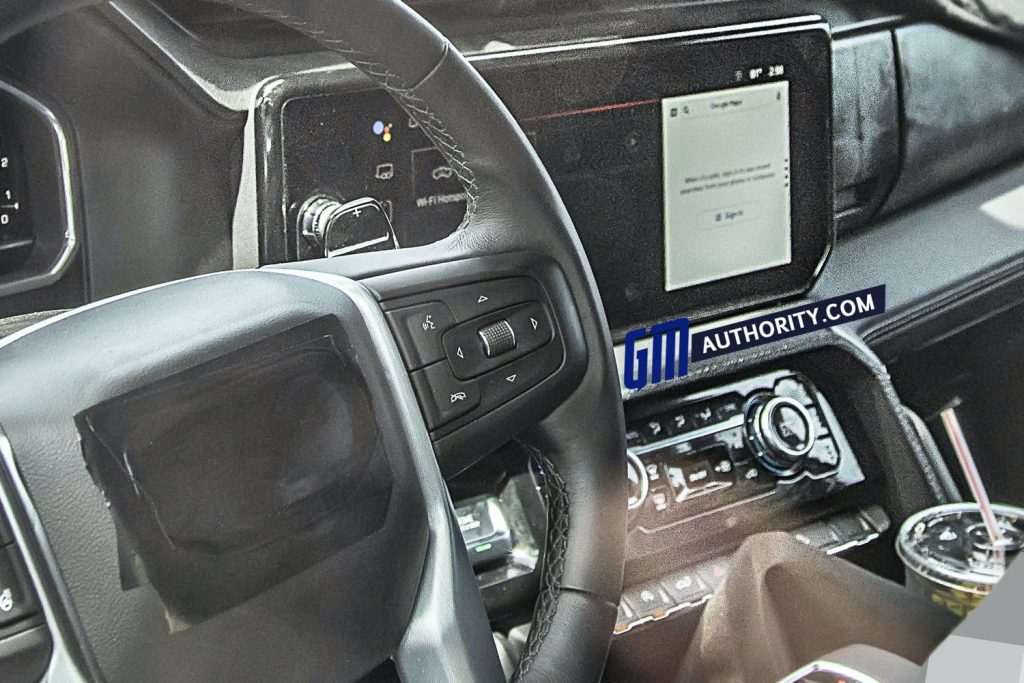 Although initially set for launch later in the 2021 calendar year, the 2022 GMC Sierra 1500 has been delayed due to the continuing microchip shortage.

Check out all the details in the video below: