Chevrolet has pulled the wraps off of the new 2022 Corvette IMSA GTLM Championship Edition – a limited-run version of the 2022 Corvette Stingray built to celebrate the automaker’s championship-winning season in the 2020 IMSA WeatherTech Series.

The 2022 Corvette IMSA GTLM Championship Edition, which is based on the 3LT trim with the Z51 Performance Package, features a graphics package intended to mimic the No. 3 Corvette C8.R and No. 4 Corvette C8.R sister car. The No. 3 edition features an Accelerate Yellow body with gray graphics, while the No. 4 edition has a Hypersonic Gray exterior with yellow graphics. Additional standard equipment setting these special edition Vettes apart includes yellow brake calipers, black-painted Trident alloy wheels with Jake logo center caps, Carbon Flash-painted exterior mirrors, black-painted side rockers and splash guards.

The interior of all Corvette IMSA GTLM Championship Edition cars will feature Strike Yellow and Sky Cool Gray upholstery, standard GT2 seats (Competition Sport Bucket Seats are also available), yellow seatbelts and a C8.R Special Edition numbered plaque. Each car will also come with a custom-fitted indoor car cover rendered to the appearance of either the No. 3 or No. 4 Corvette C8.R race car, depending on the model. 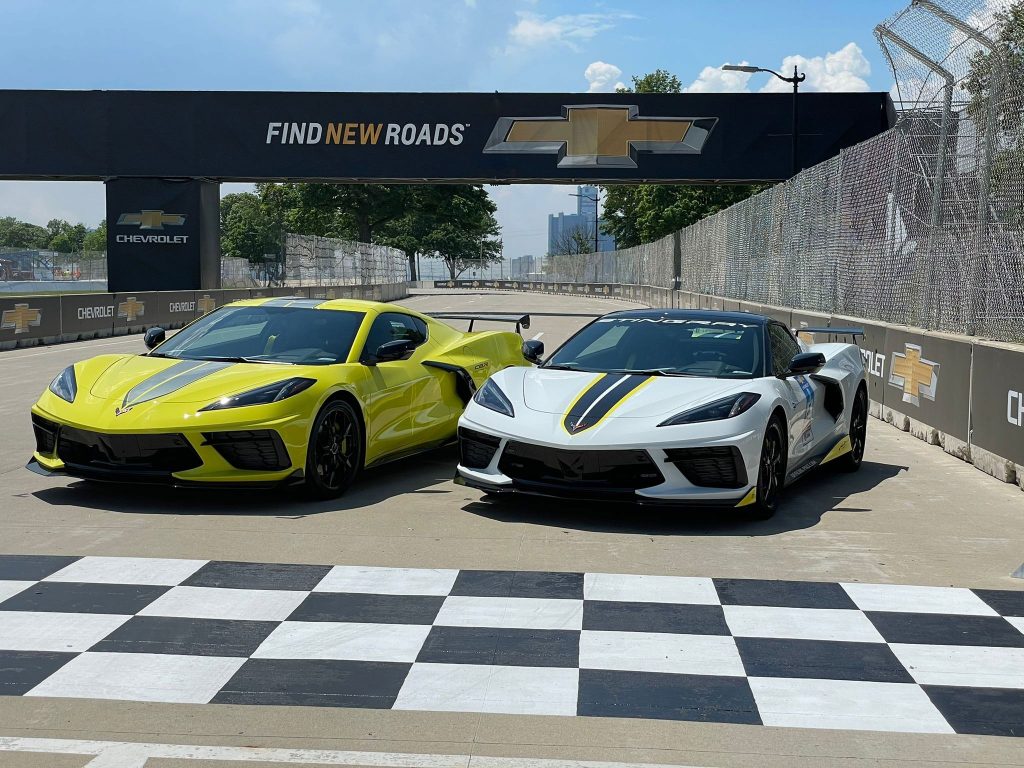 Chevy says it will build 1,000 examples of the 2022 Corvette IMSA GTLM Championship Edition for left-hand-drive markets only. The special edition will be offered as a separate equipment package and will add $6,595 to the price of a 2022 Corvette 3LT.

“Racing has been part of the Corvette’s DNA from nearly the beginning,” GM sports car racing program manager, Laura Klauser, said in a statement. “Both the Corvette Stingray and C8.R have seen tremendous success capitalizing on the benefits of a mid-engine platform – and we’re just getting started.”

Corvette Racing and the Corvette C8.R won the Manufacturers, Drivers and Team titles in the 2020 IMSA WeatherTech championship, which was the first full season of competition for the new mid-engine Corvette C8.R.

Corvette Racing is currently leading the Team championship in the IMSA GTLM class after two races. The team is hoping to carry the momentum forward as the series heads to Belle Isle Park in downtown Detroit this weekend for the third GTLM event of the season.