The 2022 Cadillac CT4-V Blackwing produces the most downforce of any V-Series car in the performance sub-brand’s history. 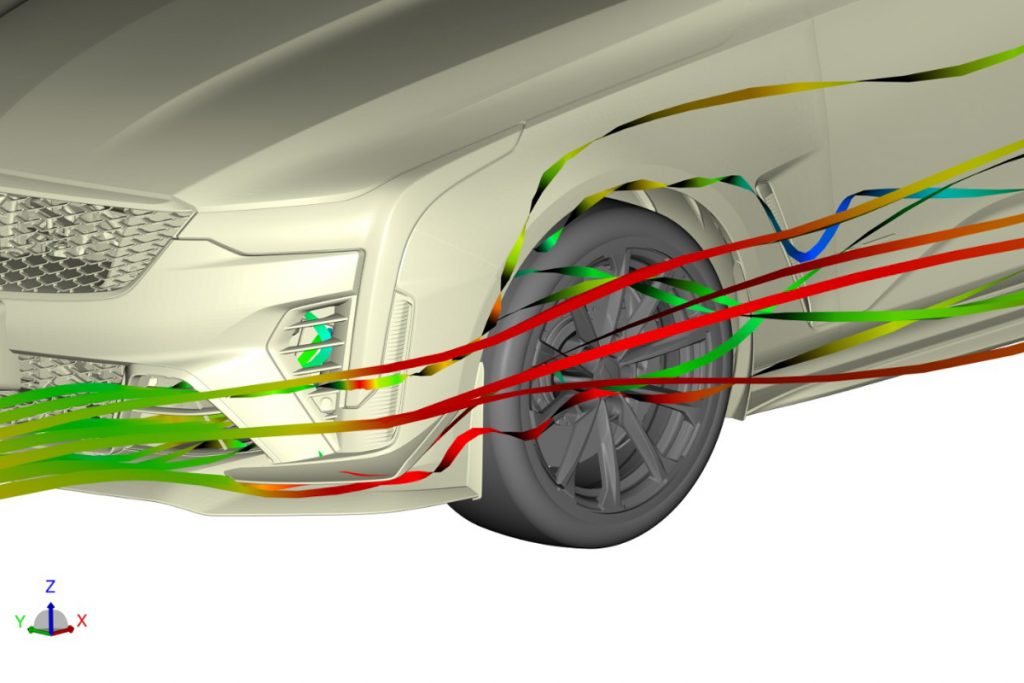 The CT4-V Blackwing is available with two carbon fiber aerodynamics packages, which are simply referred to as Carbon Fiber Package 1 and Carbon Fiber Package 2. The first aero package stage includes front dive planes, front underwing strakes, an additional front splitter element, front wheel deflectors and a pronounced rear lip spoiler. The second stage, which can only be ordered in conjunction with the first stage, includes rocker extensions and a lower rear diffuser. With both of these aero packages installed, the Cadillac CT4-V Blackwing will produce more downforce than any other V-Series product in existence – giving it more grip, more predictable handling and lower lap times. 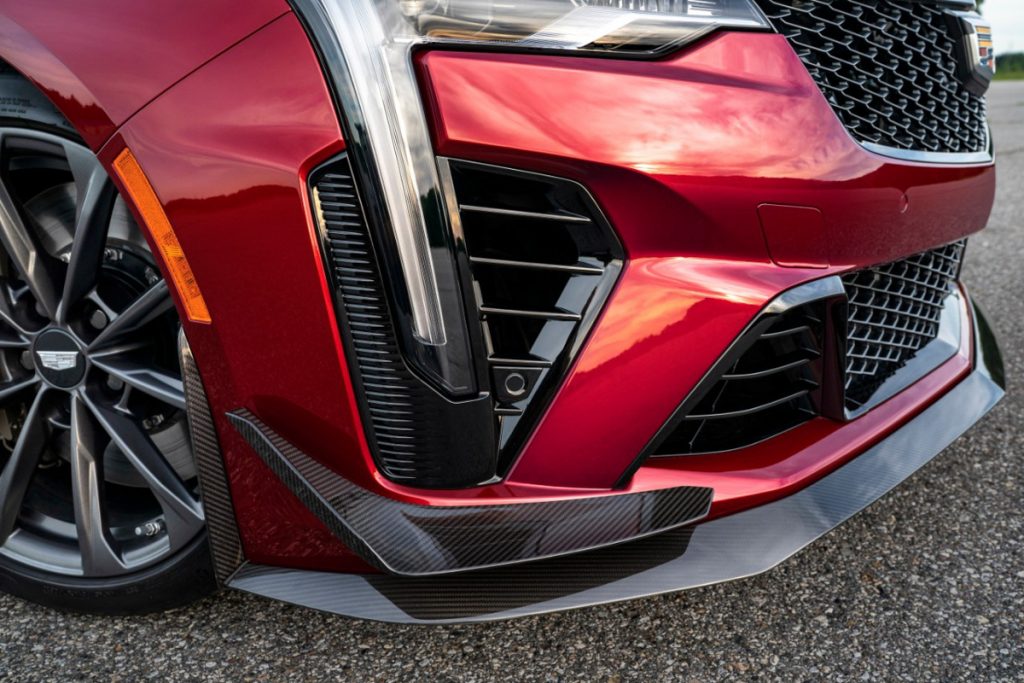 “We set out to create a capable and balanced performance sedan not just with mechanical grip, but aerodynamically as well,” explained Tony Roma, chief engineer for Cadillac V-Series Blackwing program. “With the CT4-V Blackwing, we create net downforce that is incredibly rare in production vehicles. What this means is that the car gets pressed down into the road the faster you go, giving it more grip, greater stability and inspiring the driver to confidently explore its full capabilities. Not only have we produced our most track-capable sub-compact sedan ever, but we continue to work with our racing counterparts to explore the limits of physics to make better cars.” 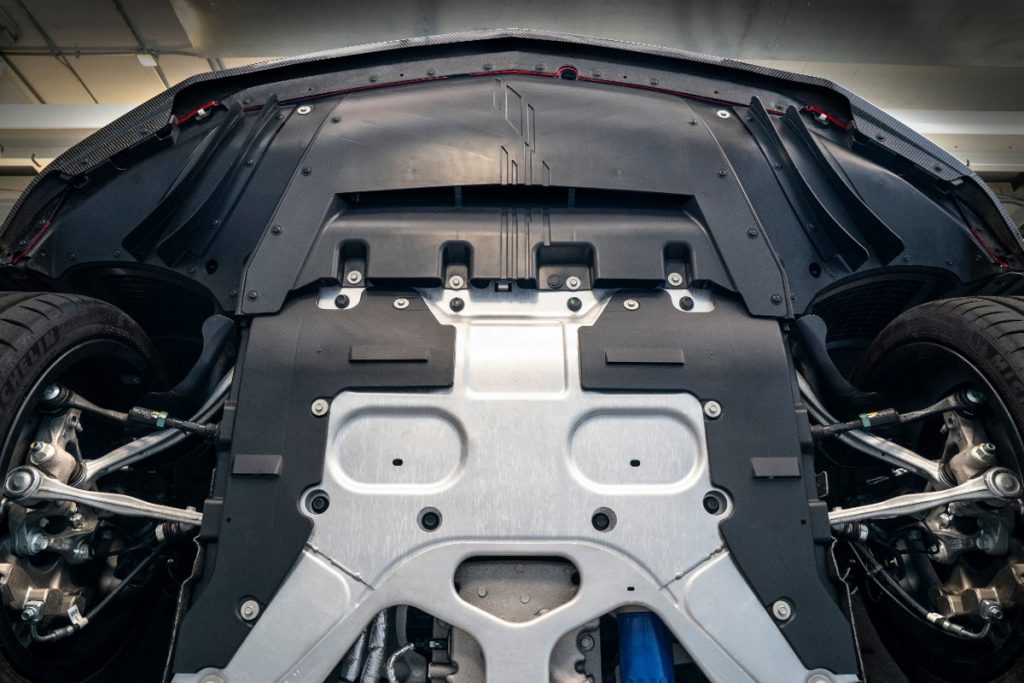 Cadillac developed the CT4-V Blackwing aero packages in the wind tunnel at the GM Technical Center in Warren, Michigan and in the Windshear wind tunnel used by Cadillac Racing in North Carolina. The automaker says more than 500 hours of wind tunnel testing and 300 simulations helped it hone the aero package over time. The development team also applied lessons learned in the development of the Cadillac DPi-V.R race car when designing its production car aero packages. 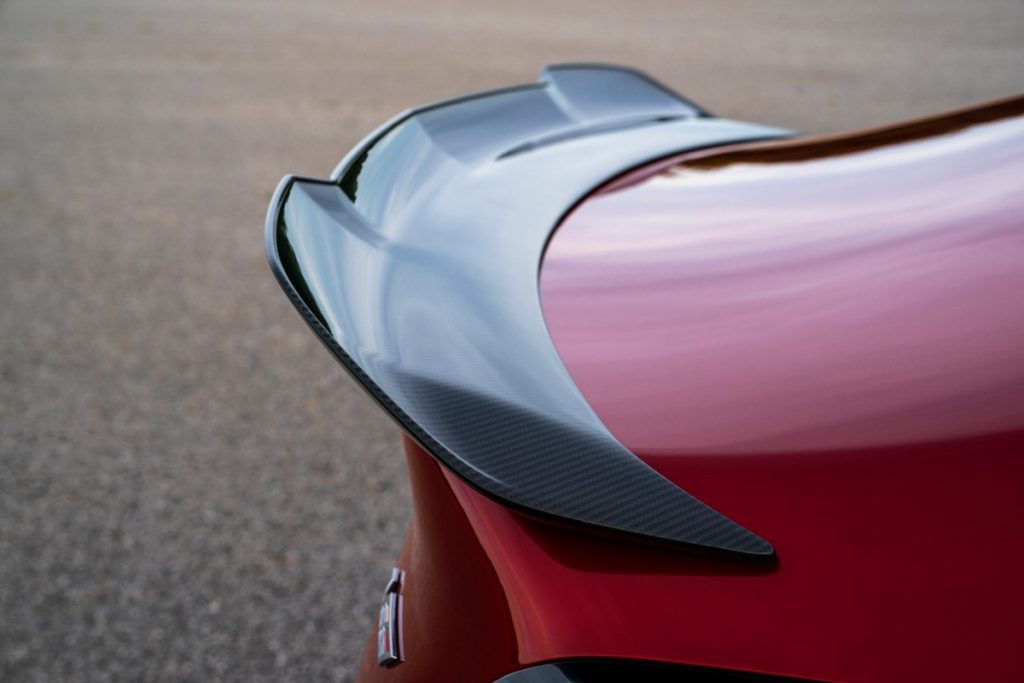 Wind tunnel testing also allowed Cadillac to deliver a performance sedan that produces high levels of downforce for a road-going production vehicle without having to rely on an oversized rear wing or huge rear diffuser. The automaker says components like the front underwing element, flat underbody and fender vents are key to the car’s downforce and negate the need for over-the-top, racecar-style aero pieces that some manufacturers utilize on their performance coupes and sedans.

“Thanks to components like the underwing, we were able to work with design to generate downforce without the use of large wings that didn’t fit with the design,” said Cadillac aerodynamics engineer Scott Sier. 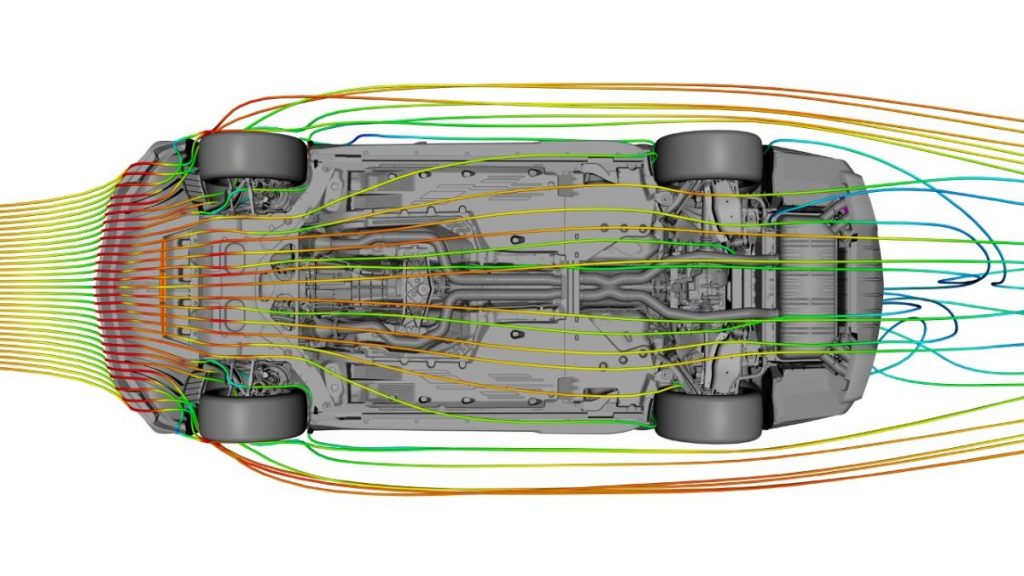 The CT4-V Blackwing will go into production at the GM Lansing Grand River plant in Michigan on July 5th, with prices starting at $59,950.