It’s unlikely that fuel economy is foremost in the thoughts of anyone interested in buying a 2022 Cadillac CT4-V Blackwing, but it’s always good to know what the expected fuel costs will be. 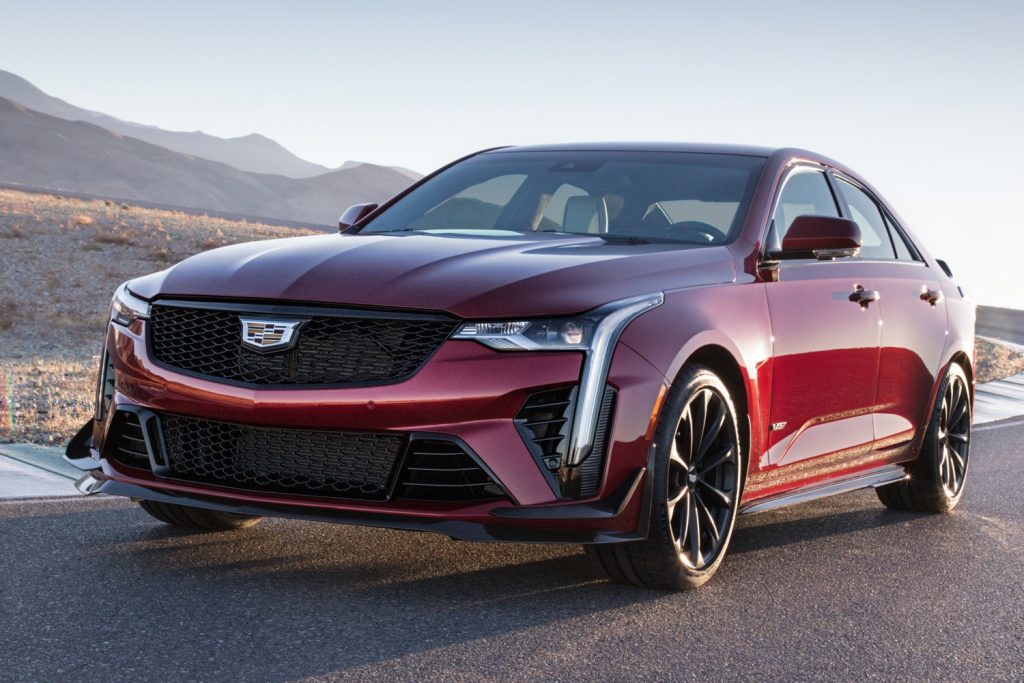 Economy figures for the upcoming Cadillac CT4-V Blackwing ultra-high-performance luxury sedan have not yet been published in the United States, but the figures for the Canadian market have been released. Rather than simply show them, we’re also comparing them with the figures for another hot Caddy, the discontinued 2018 Cadillac ATS-V.

Let’s consider the versions with manual transmission first. The Cadillac CT4-V Blackwing will be the only Cadillac CT4 model fitted with a manual gearbox. The six-speed unit is supplied by Tremec, and is the standard transmission for the car.

Equipped with the manual gearbox, the Canadian numbers show that the Cadillac CT4-V Blackwing consumes more fuel than the Cadillac ATS-V in the city and slightly less on the highway, resulting in a slightly less favorable average on the combined test cycle. The 13.0 L/100 km figure amounts to 18.1 US mpg, while 12.6 L/100 km equals 18.7 mpg.

With the automatic transmission, the Cadillac Blackwing model is also at a disadvantage when compared to the ATS-V, despite the CT4-V Blackwing’s 10 forward gears compared with eight for the ATS-V. Converted to equivalent US figures, the Canadian-spec ATS-V consumes at a combined rate of 19.8 mpg while the Blackwing manages 18.7 mpg.

Both vehicles are fitted with versions of the twin turbocharged 3.6L V6 LF4 gasoline engine. In the specification used for the ATS-V, it was rated at 464 horsepower and 445 pound-feet of torque, while in the Cadillac CT4-V Blackwing it will produce 472 horsepower and 445 pound-feet of torque. The higher power figure for the CT4-V Blackwing does not imply that it should always use more fuel, but the less favorable numbers come as a bit of a surprise.

With the optional 10-speed automatic transmission fitted, the CT4-V Blackwing will have a top speed of 189 mph and a 0-60 mph time of 3.8 seconds. It is scheduled to go into production at the GM Lansing Grand River plant in Michigan on July 5th. The vehicle is priced to start at $59,950, though it will cost $84,875 if all the available options are included.