The Buick Riviera was introduced in October of 1962 as a 1963 model. At first, the personal-luxury Riviera was a car without a company, as prior to mock-up, it had not been determined which marque would have it. Both Chevrolet and Cadillac were both performing well with a full lineup. It was determined the Riviera would go to Buick, utilizing a modified Buick Electra frame. 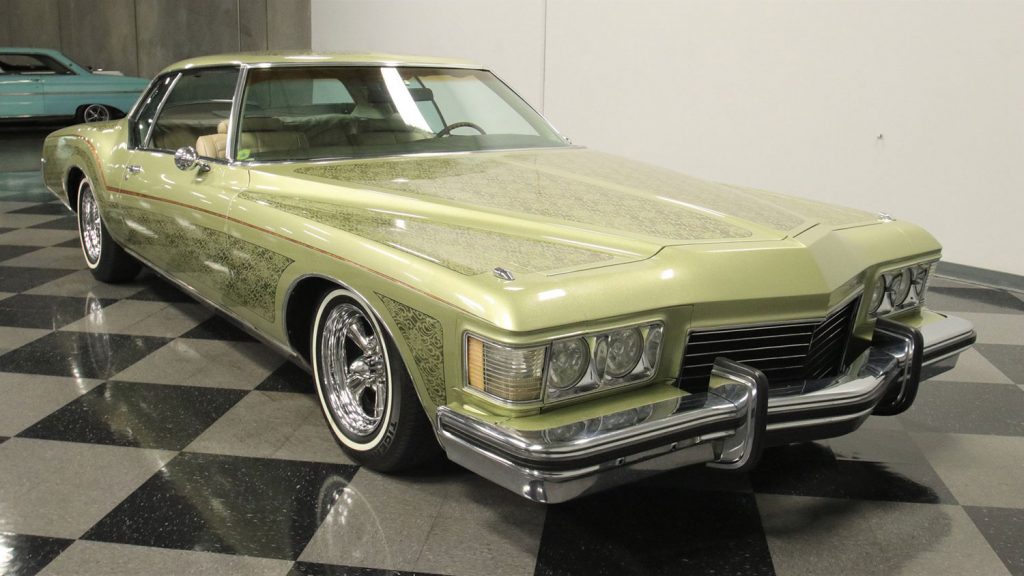 The third-generation Riviera bowed in 1971, with a dramatic redesign, introducing the iconic boat tail rear end and two-piece fastback rear window inspired by the 1963 Corvette Sting Ray coupe. The sole engine offering was Buick’s own 455 ci V8 engine producing 315 horsepower, or with 330 horsepower with the optional Gran Sport package. 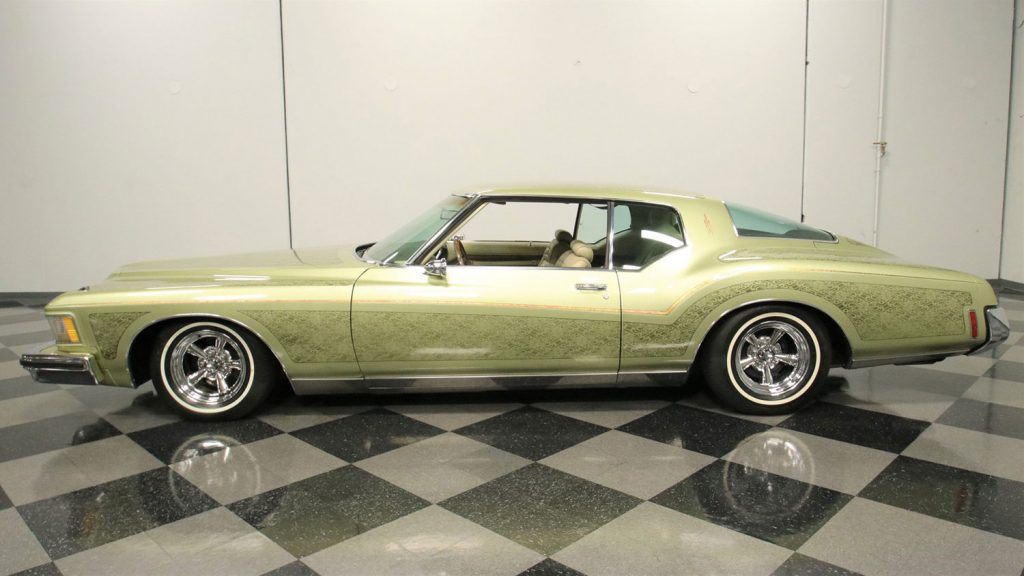 Our feature Buick Riviera has been the subject of some period modifications. It has been repainted in a metallic hue called Legend Lime Gold. The side trim and emblems have been smoothed to make way for the custom lace paint job done in a custom candy green. In addition, there are custom detail stripes done with a gold-leaf treatment. The Riviera has been lowered and rides on chrome American Racing Torq Thrust wheels shod in whitewall radial rubber. Chrome bumpers appear to have been refinished, while the stainless trim is highly polished. 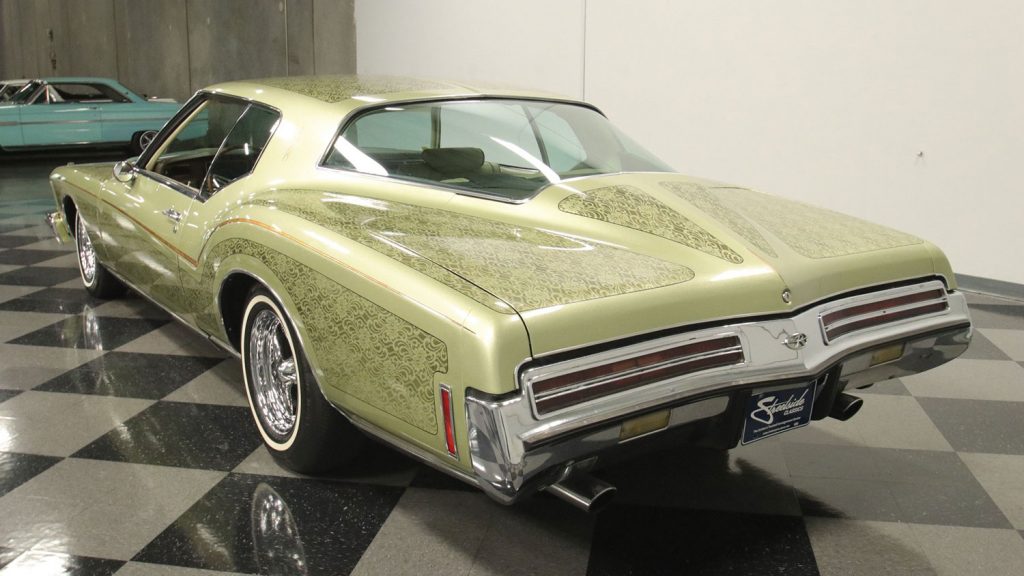 The interior of the Buick Riviera presents as largely stock. The front seat is a split bench configuration, recently covered in tan vinyl. The rear seat wears the same fresh tan vinyl. The carpet also appears recent, with no undue signs of use present. Unfortunately, the dash has succumbed to the cracking so often associated with these big cruisers unable to defend against sun and elements. A custom console has been fitted, housing the aftermarket stereo head unit and two speakers. This Riviera is well equipped with power windows, power steering, power seats, power locks, tilt steering column, and air conditioning. 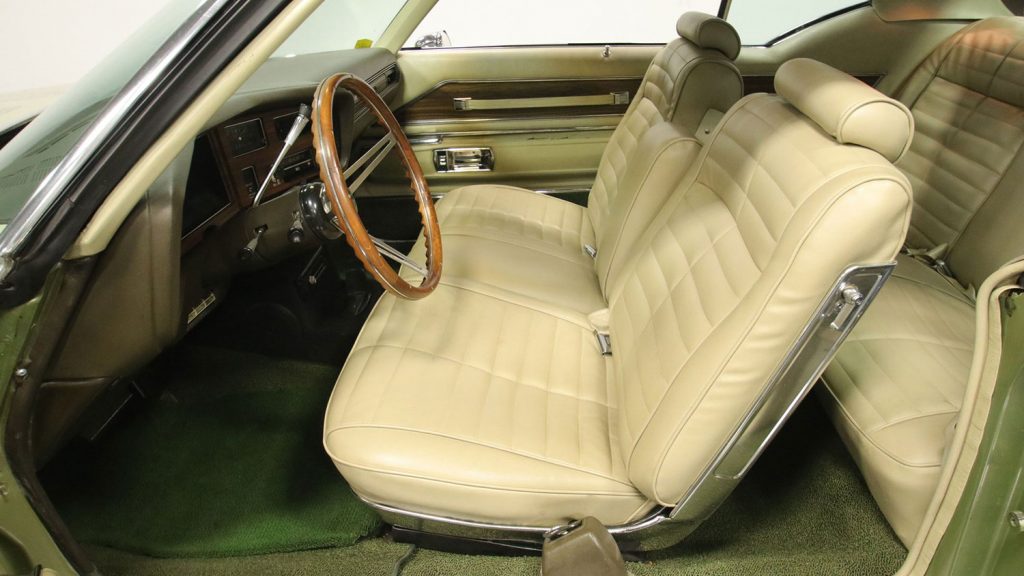 Under the hood of the Buick Riviera resides the Buick 455 cubic-inch V8. An Edelbrock four-barrel carb feeds the 455, and spark comes courtesy of an HEI distributor. A Turbo Hydramatic three-speed automatic transmission backs the big V8, sending power through the twelve-bolt rear differential. The engine compartment looks to have been recently detailed, with ample excess dressing left behind. 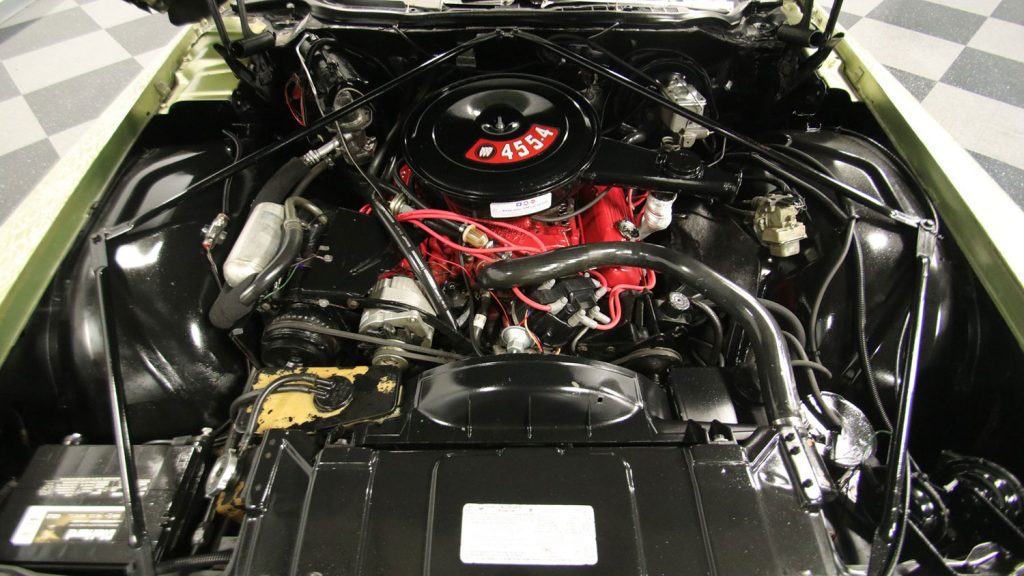 This 1973 Buick Riviera custom is being offered by Streetside Classics for $31,995. 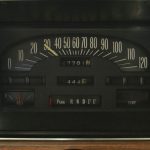 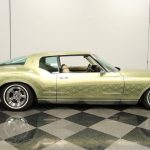 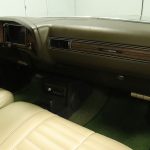 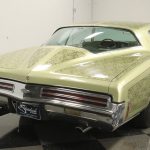 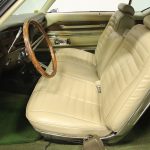 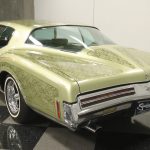 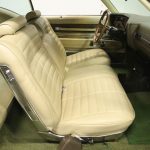 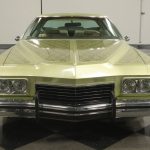 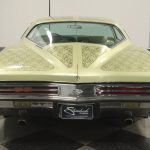 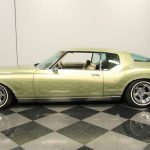 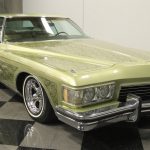 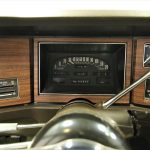 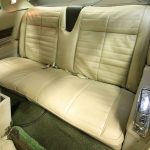 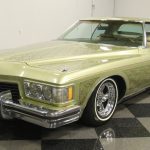 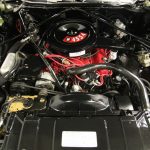 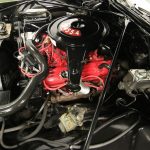 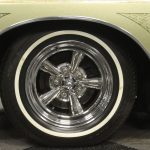 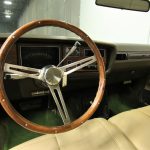