Early 1963 found Pontiac in a peculiar predicament. Most of their marketing was based on performance, as one would expect from the Performance Division. However, in 1957, General Motors had entered into a voluntary agreement, along with the other members of the Automobile Manufacturers Association, to abstain from competing in auto racing.

By early 1963, GM management had banned all divisions from any motor racing involvement. Pontiac managers Bill Collins, Russ Gee, and John DeLorean (yes, THAT DeLorean) figured the way to generate excitement for the brand was with a high-performance street car. They decided to add a performance package to the Tempest, transforming it into the Pontiac GTO, in the hopes of capturing the attention of younger buyers. 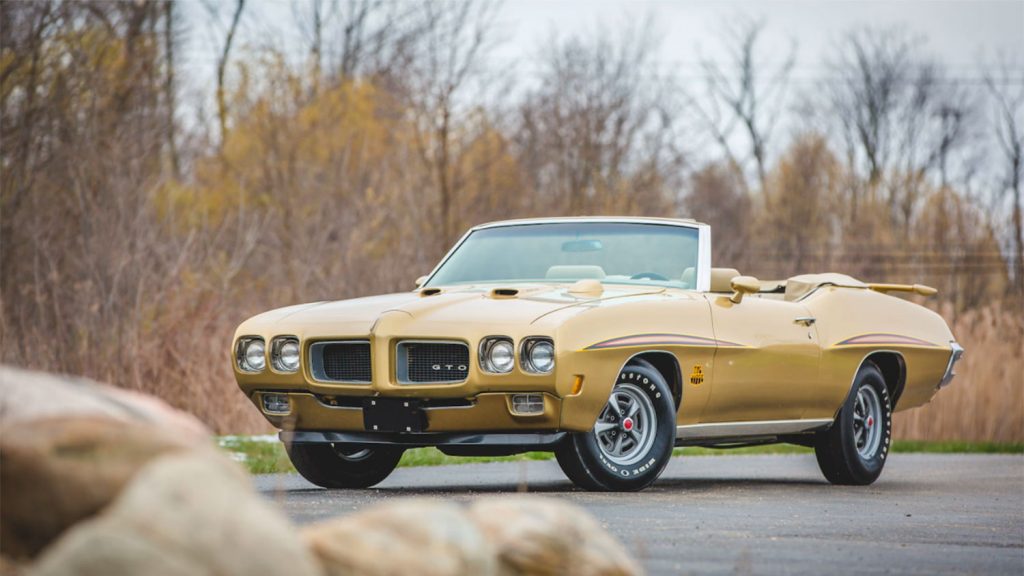 The Pontiac GTO debuted in the 1964 model year as a Tempest option package. The engine bay of the Tempest was stuffed with the 389 cubic-inch Pontiac V8 in place of the standard 326, flying in the face of GM’s policy of limiting displacement in the A-Body intermediate platform to 330 cubic inches. DeLorean bestowed the GTO moniker on the hopped-up Tempest, lifting it directly from the Ferrari 250 GTO. 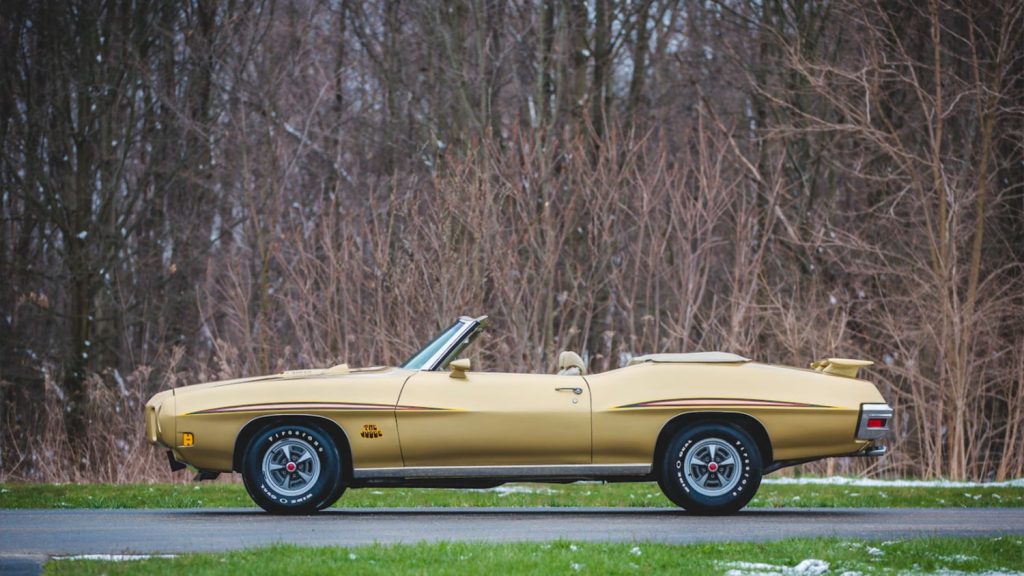 The Pontiac GTO became its own model in 1966. In 1968, the second-generation GTO bowed with a full redesign. The GTO shrunk somewhat, with a shortened wheelbase, overall length, and lower height. Headlights were no longer stacked, but laid out horizontally. The front end lost the chrome front bumper. In its place was now a body-colored Endura flexible impact bumper. 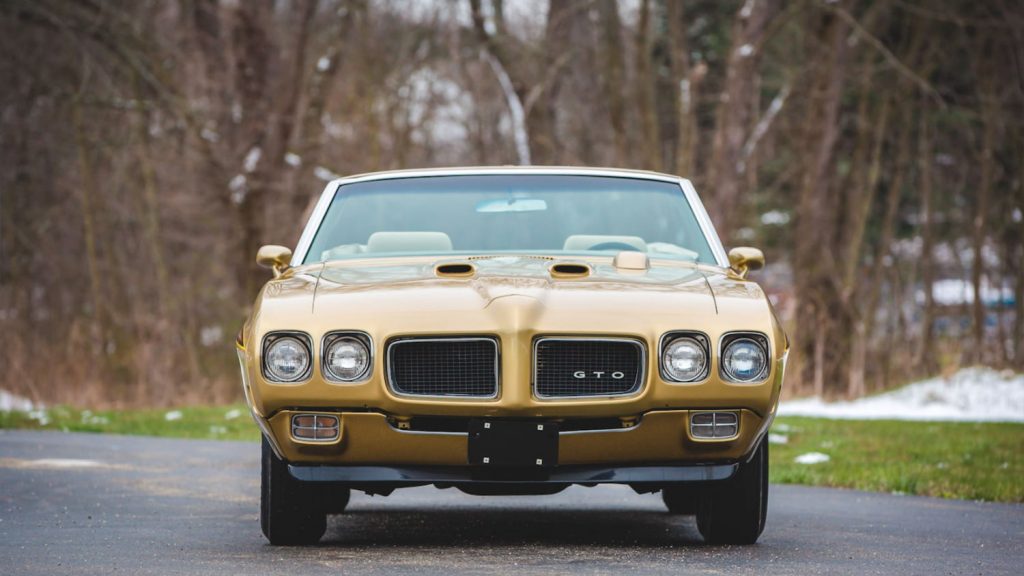 Our subject car is a 1970 Pontiac GTO convertible. It features a matching-numbers 400 cubic-inch V8 with Ram Air III, backed by a three-speed automatic transmission. The engine bay has been well detailed. All correct components appear to be in place, including the foam surround for the Ram Air intake, which is firm and crush-free. The GTO is equipped with power steering, power brakes with front discs, and air conditioning. 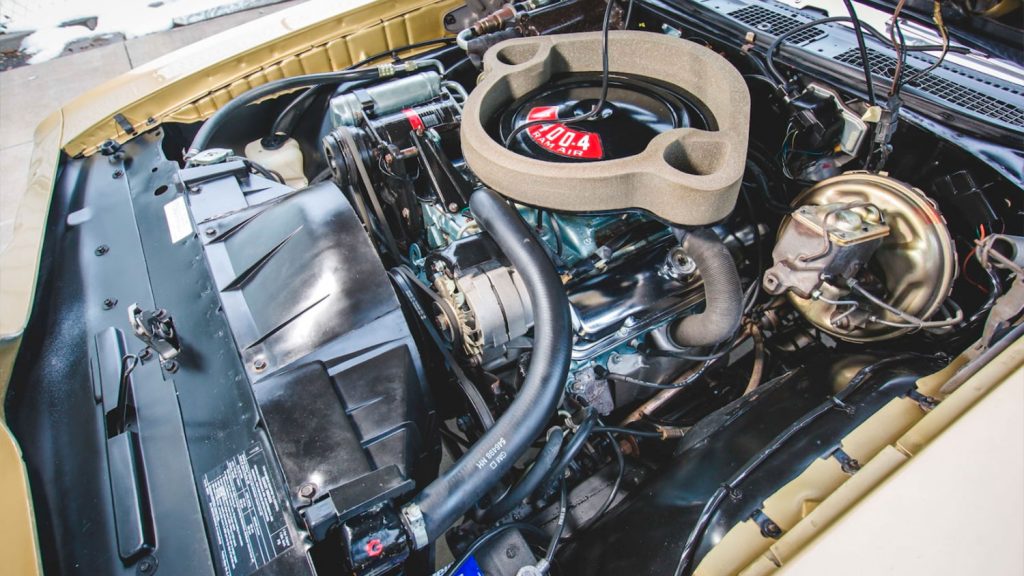 The exterior of the Pontiac GTO is a metallic gold hue with Judge stripes. A Ram Air tach is mounted on the hood, and a spoiler resides on the trunk. The rear bumper looks to have been re-chromed. The stainless trim is bright. The new power convertible top is tucked beneath a soft tonneau cover. Pontiac Rally II painted steel wheels wear Firestone Wide Oval bias ply tires. 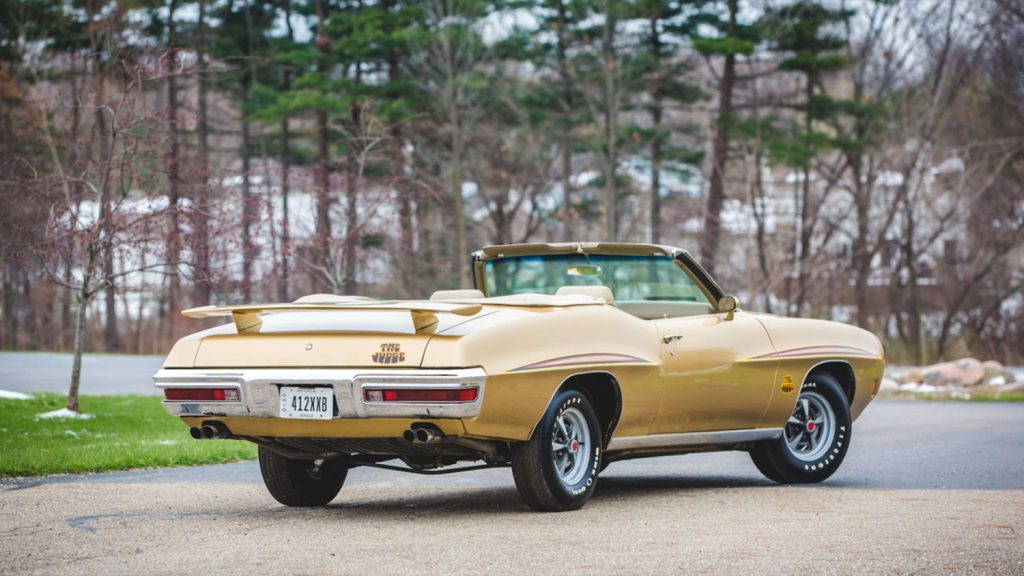 The seats of the Pontiac GTO are covered in a Medium Sandalwood vinyl-and-cloth combo. The seats show little sign of use, with only some minor wrinkling present. Carpets are colorfast and in good nick, protected by black rubber GTO mats. The center console is home to the shifter and armrest. The dash features a woodgrain upper section surrounding the gauges, vent, and climate controls, and a gold-tone, machine turned lower panel. 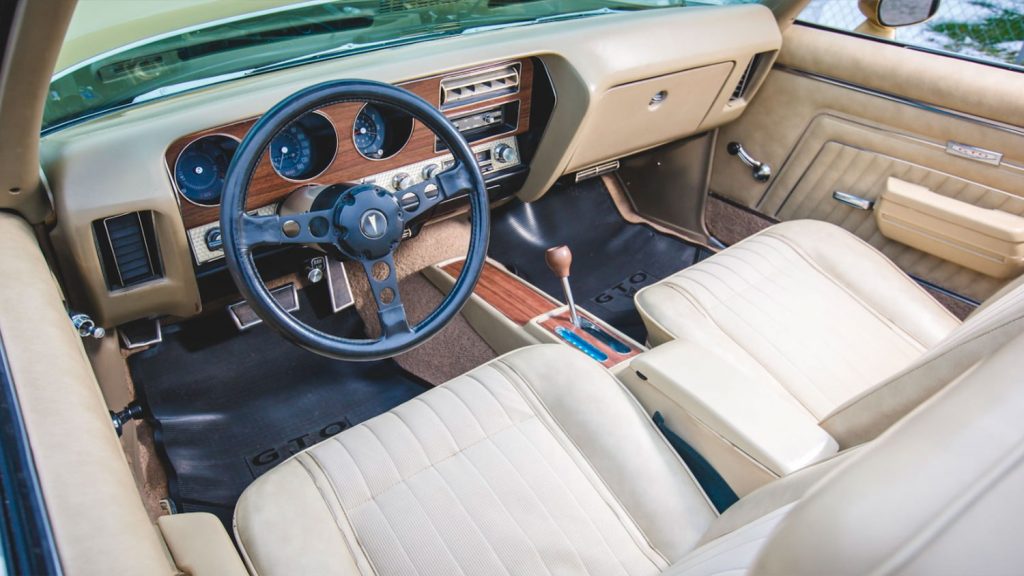 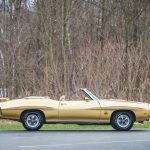 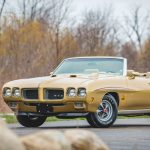 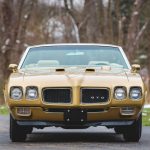 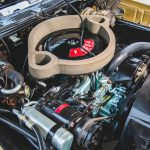 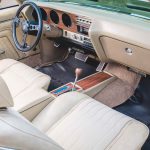 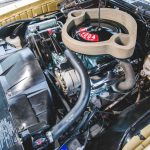 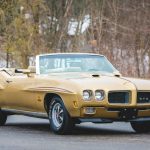 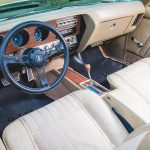 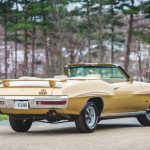 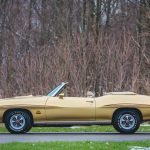