Anyone who knows me well or who has been listening to the Driven Radio Show podcast for any length of time knows I have long dreamt of owning a Nassau Blue 1965 or 1966 Chevy Corvette convertible. Some weeks back, I found a Corvette that checked all the boxes: Nassau Blue over bright blue leather, 327/350 horsepower, four-speed, factory side pipes, and knock-off wheels. I bought it over the phone, contingent upon inspection. The problem was the car was located in northern California, and I’m not.

Shipping the Chevy Corvette to Kansas was going to be fairly expensive, and I would have to wait several weeks for it to arrive. I have no patience and didn’t see the benefit of shelling out thousands of dollars transporting the car when I could drive it home. Sometimes I don’t fully think things through, and I can be difficult to dissuade from my poor decisions. Besides, I had a Southwest Airlines gift card, and I told myself this would make great content, so I flew from Kansas City to Sacramento. After an all-too-hasty inspection, I pulled the trigger, threw my bags in the Corvette, and headed to Monterey. 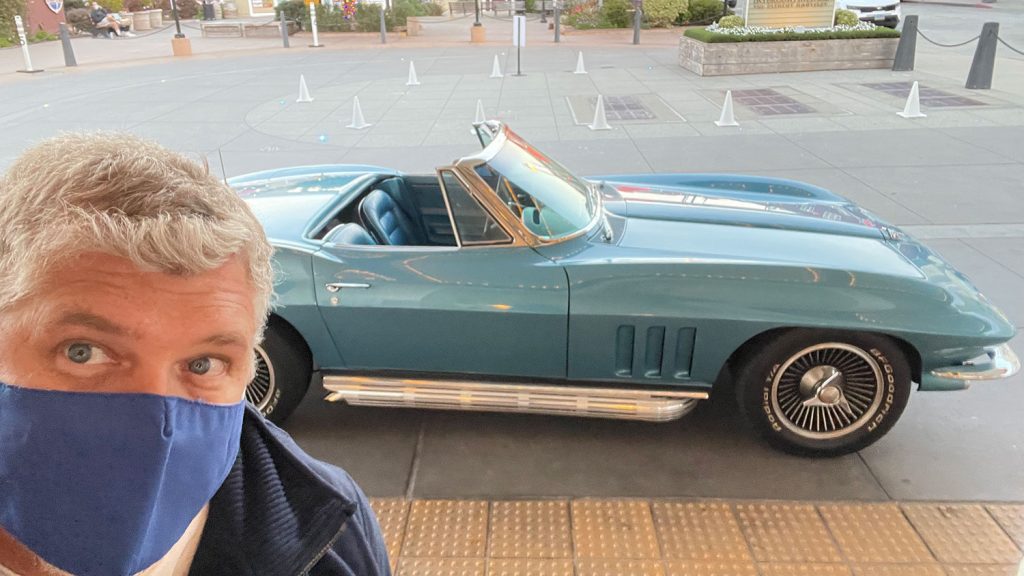 A couple of first impressions: 1.) The Corvette was GORGEOUS! All the cosmetics appeared to be fairly new, and the mechanicals looked to be recently restored or replaced. The car’s needs seemed mostly small and easily addressed. 2.) I’ve had a number of Corvettes over the years, C1s, C3s, and C4s. I am six feet tall. I fit in the 1965 Corvette better than the others I have owned, and much better than I fit in my 1960 Corvette. I can see traffic lights through the windshield, not over it. 3.) I LOVE the interior. Big glovebox, decent luggage space, excellent gauge layout and visibility. The seats are infinitely more comfortable than the seats in my 1960. I never knew how good vintage Corvette seats could be. It has interior lights and sun visors, both things my older Corvette lacks. It has wing windows that direct air inside. There is a power antenna and AM/FM radio. Very cool, if you could hear it over those side pipes. 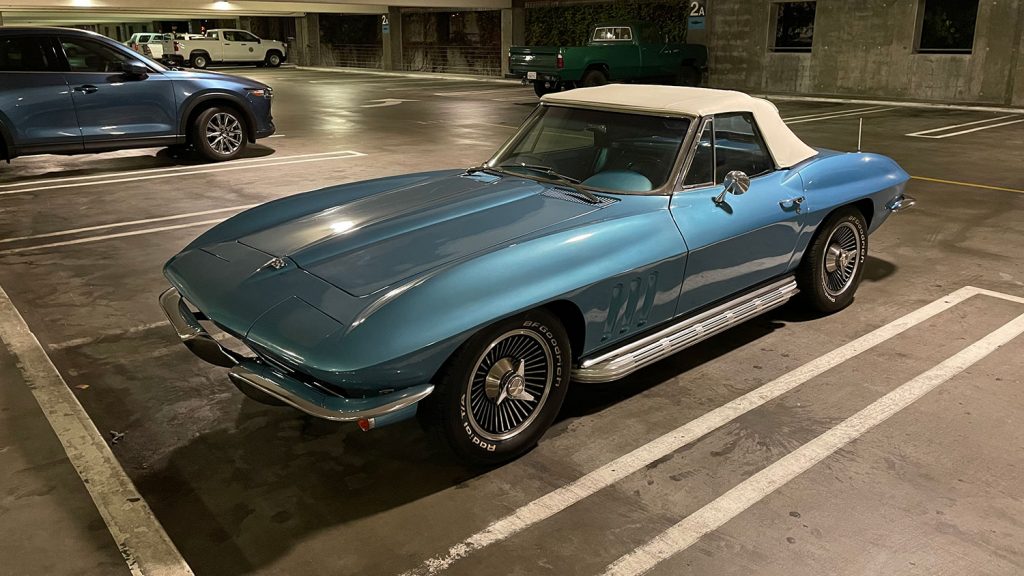 When buying a vintage, or any other car for that matter, NEVER EVER take the seller’s word for it, no matter who it is. A quickie once-over is not sufficient, and I knew better. Take your time, no matter how much you know or think you know. Get a second opinion, or better yet, get a knowledgeable garage/mechanic to do a pre-buy inspection. It will be worth its weight in gold and headache prevention. 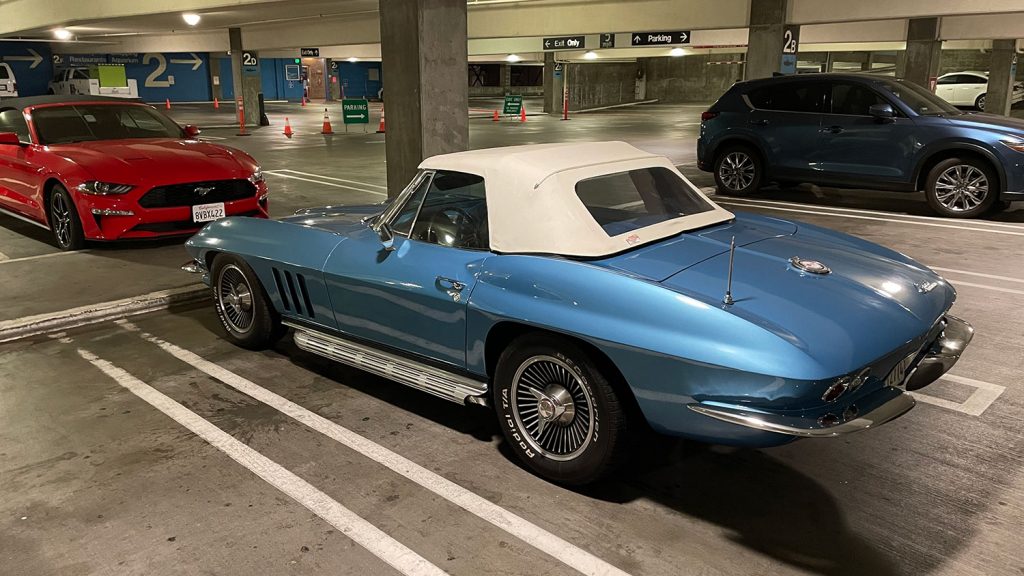 When I picked up the Corvette, it had a few small items that would need to be addressed, but I was buying the car far below market, so I was willing to eat the shortcomings. The drive home wasn’t going to improve the condition of those concerns. The turn signal had a mushy switch. This had been an issue in my 1960 Corvette, and was remedied by a new switch, so I didn’t see this as a deal-killer. The heater controls were difficult to operate, but I had had this problem in my ’60 Corvette, and knew how to fix it. The soft top didn’t like to stay latched in the rear. It was far too tight. I have experienced this with other convertibles, and figured keeping it up would help stretch it into shape. I eventually figured out you had to latch the top in the back first, then do the front latches. The passenger side rear latch would stay put for about 30 miles, then let go one notch, then another. This happened less as the trip went on. However, the top wasn’t sealing as tightly at the windshield header as I thought. This would come into play later in the trip. 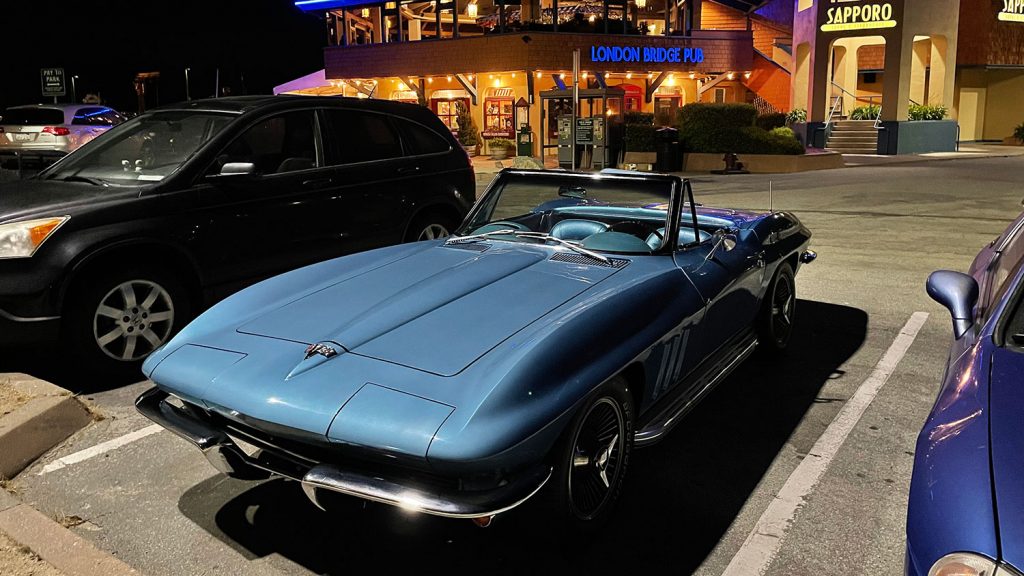 The seller gave me a couple gallons of pre-mixed anti-freeze and two quarts of Mobil 1 motor oil, a funnel and some rags. I never needed the anti-freeze, but used up some of the oil driving home.

The idea was to drive the Pacific Coast Highway from Monterey, California, south to San Diego, see my family for a day or two, drive home across Arizona, New Mexico, Texas, Oklahoma, and Kansas.

The Corvette had been restored in 2017, and only driven 1,600 miles since. Not too many miles to sort a freshly restored car. I was going to drive it over 2,400 miles in five days. What could possibly go wrong? 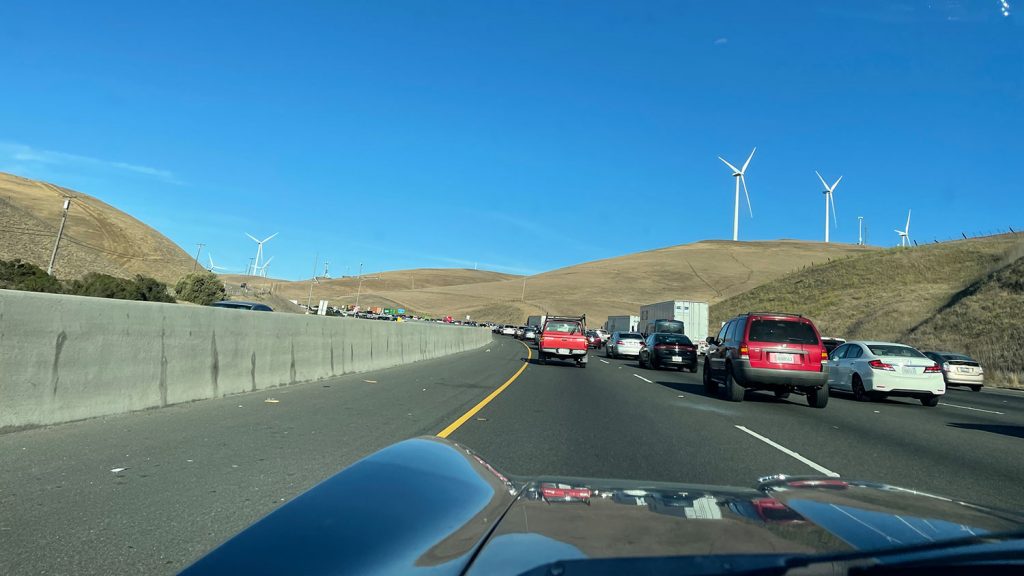 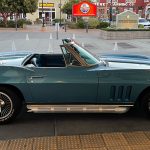 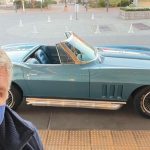 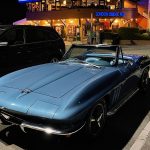 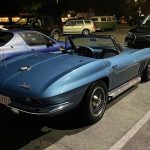 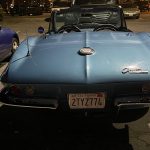 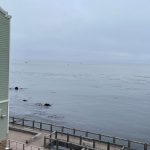 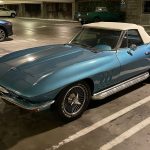 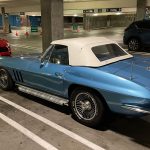 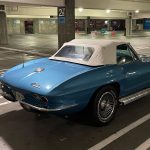 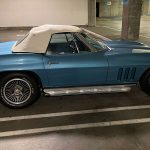 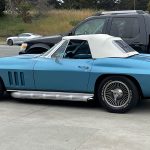 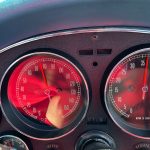 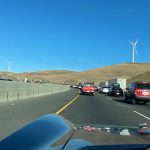 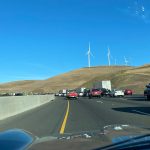 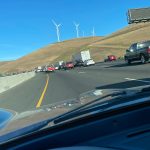