A 1962 Corvette convertible was crashed in the Netherlands, and the aftermath was caught on video. 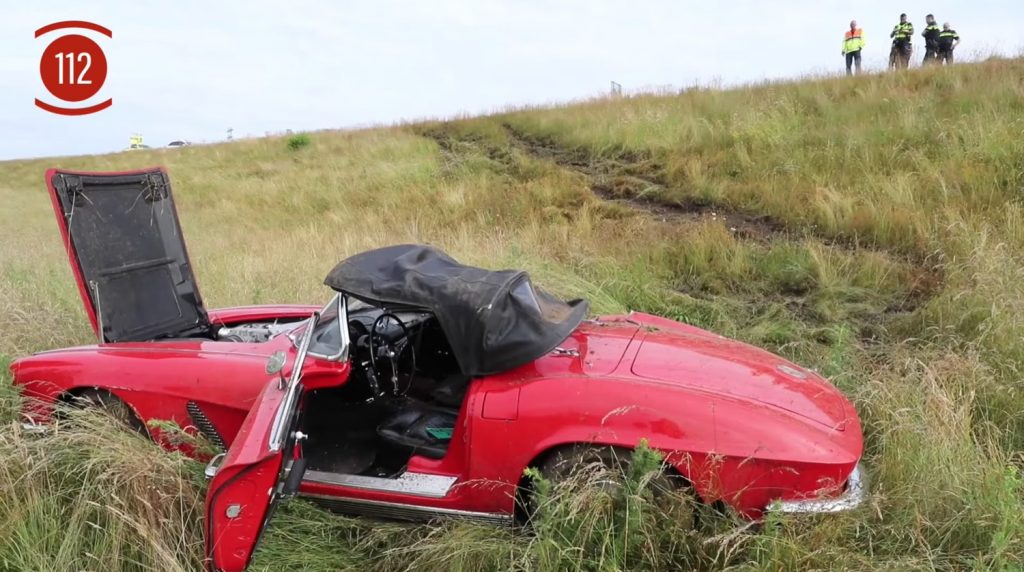 Recently posted to the 112Press YouTube channel, this video shows a red 1962 Corvette sitting at the bottom of a small hill leading off the edge of a highway. The Vette bears some heavy damage, with a crumpled convertible roof, dirt and foliage inside the cabin, and destroyed body components.

According to the video description, which was translated from Dutch, the 1962 Corvette was involved in a single-vehicle accident, which occurred on the A1 motorway near the Apeldoorn-Zuid exit. Apparently, the accident occurred Wednesday morning, at which time the Chevy Corvette was headed towards Apeldoorn from Amersfoort. 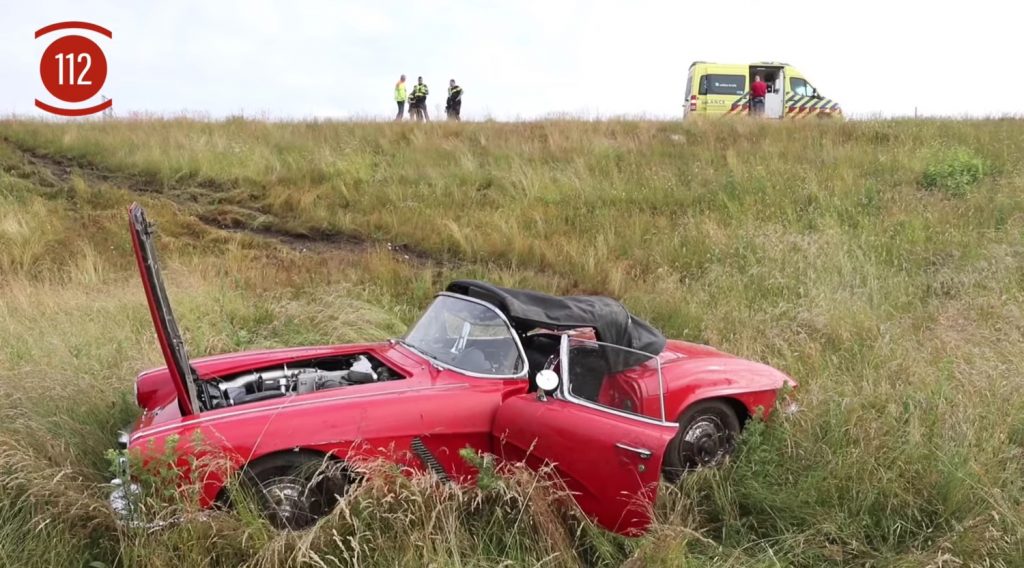 “A young man was driving his 1962 classic car on the highway when, for unknown reasons, he shot off the slope and came to a stop at the bottom of the highway,” the video description reads, as translated using Google. “The car flipped over at least once and came to a stop next to the highway. Bystanders who saw the accident immediately called 112, after which the emergency services rushed to the spot.”

Despite the rollover, this 1962 Corvette actually looks to be in surprisingly good shape. The windshield, for example, is completely intact, while the driver’s side body panels look to be in decent condition as well. 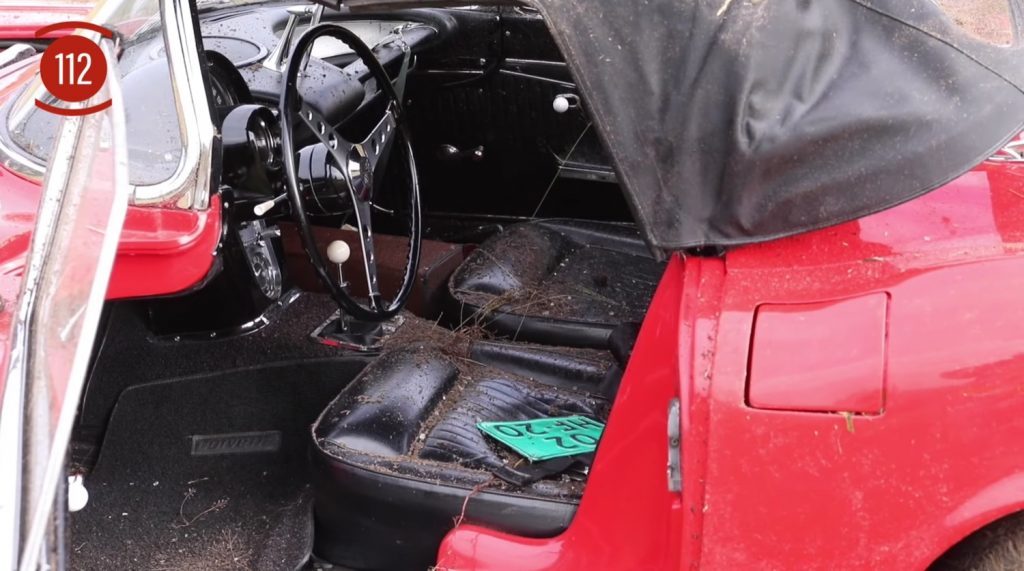 The driver’s condition is unknown. However, judging by the condition of the car, we think there’s a possibility he walked away with only minor injuries.

Looking at the carnage, it appears as though the driver lost control of his 1962 Corvette and possibly pitched it sideways off the side of the hill, where it rolled once before coming to a rest on all four tires.

All told, this accident definitely looks bad, but we don’t think that the classic roadster is unsalvageable. Stay safe out there, folks!