Jay Leno makes an effort to feature a wide range of vehicles on his hugely popular Jay Leno’s Garage show. Head on over to his YouTube channel and you’ll see all long-form videos on all sorts of vehicles, from high-priced exotics like the Koenigsegg Regera to affordable old classics like the AMC Pacer. However, Jay recently spotted a late 1950s Chevy Step Van on the streets of Los Angeles and realized he had never before featured a vehicle like this on his long-running car show, so he invited the owner to bring it by his car collection to film an episode. 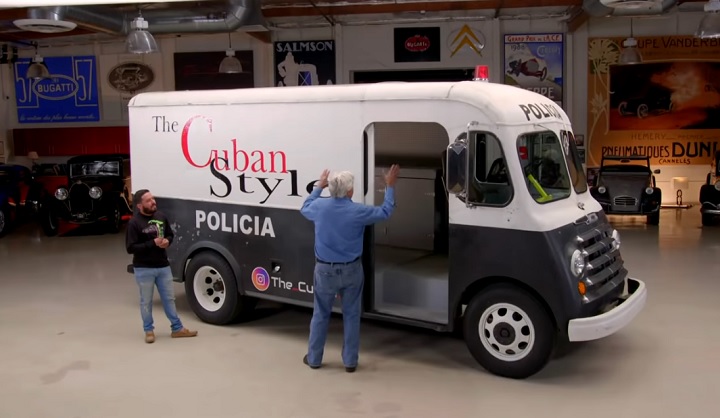 The owner of this 1857 Chevy Step Van, Diosley Pino, immigrated to the United States from Cuba five years ago. He now owns a restorations shop in Los Angeles and uses his customized step van to transport tools, car parts and other items for his business. The van was quite rusty and in poor shape when he bought it, but he used his talents to make it roadworthy once again, replacing some of the rust and covering it in a head-turning black and white paint job inspired by Cuban police cars. 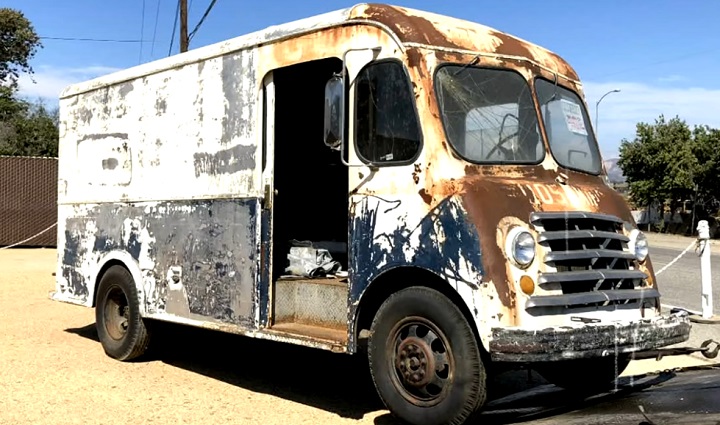 Pino had to make a few small repairs to the van’s stock 235 cubic inch inline-six cylinder engine to get it running again, which included installing a new fan and fuel pump. He also had to replace the front door handle on the van, but discovered that an OEM handle for a 1957 Chevy Step Van was a bit overpriced, so he pulled an old crystal door handle off an unused house door he had lying around and bolted it to the van. It may not be the fanciest classic car around, but that doesn’t make it any less cool, right? The van captured Leno’s attention, after all. 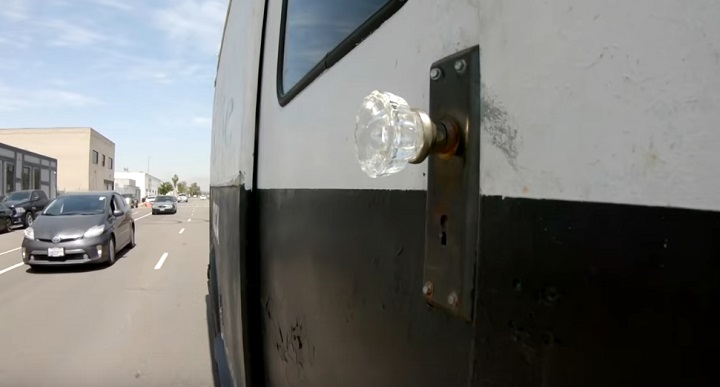 Check out the video embedded below to hear more about Pino’s eclectic 1957 Chevy Step Van.