The GMC Suburban began life in 1934 as a 1935 Chevrolet Carryall Suburban. The Suburban name has been in continuous use longer than any other, with the only hiatus in production coming during World War II. For 1943, 1944, and 1945, the Suburban was built for the United States military as a transport vehicle. 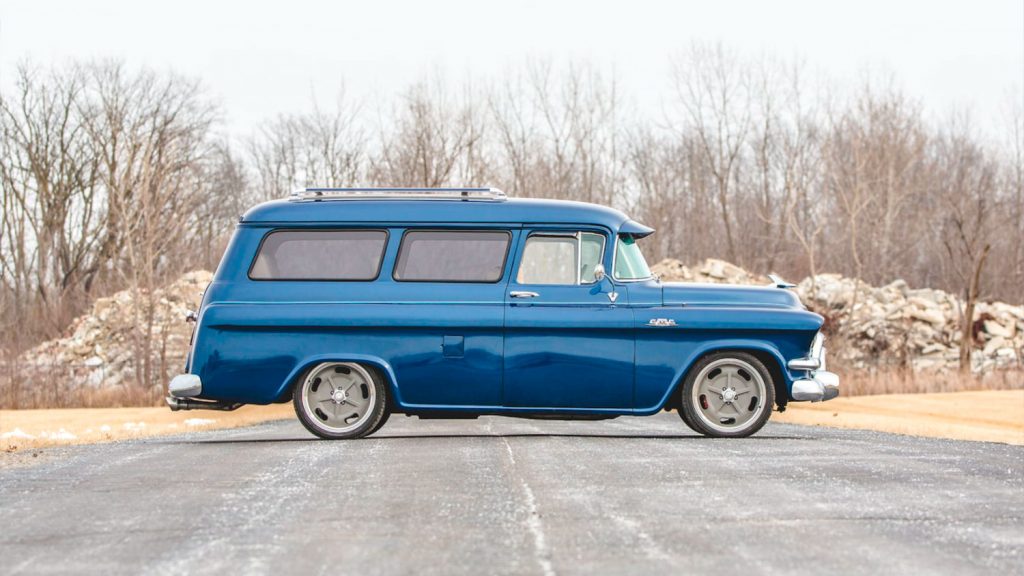 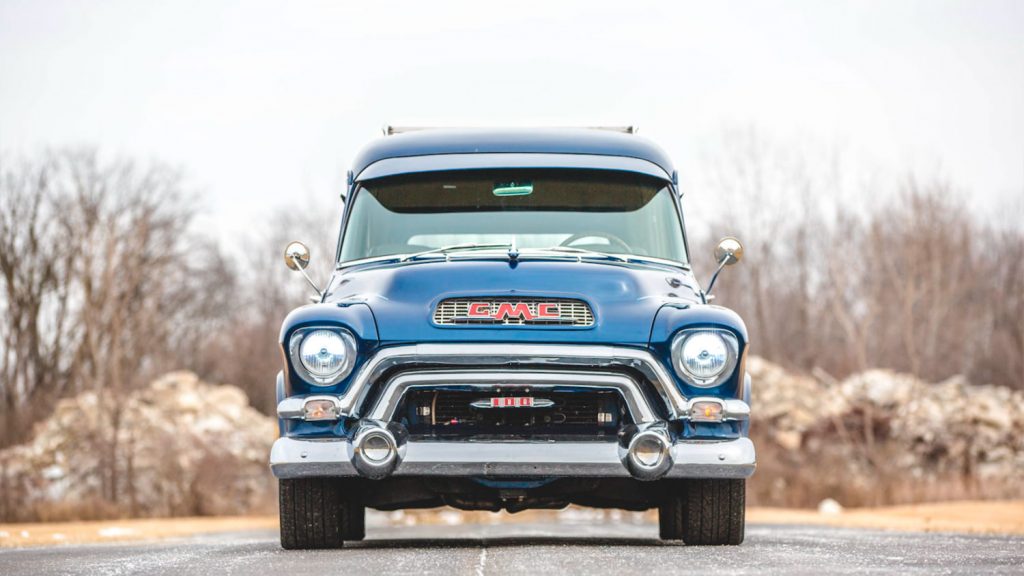 Our feature GMC Suburban carries a smoothed version of its original 1955 body, with modern mechanicals and interior, for a true restomod SUV. It has been repainted in an eye-catching deep blue hue. The large chrome bumpers and massive grille have been refinished, and shine brilliantly. The stainless trim sparkles from careful polishing. A modern independent chassis supports the lowered suspension, and the ‘Burb now rolls on 20-inch Salt Flat wheels wrapped in low-profile rubber. A single rear brake light is mounted in the center of the tailgate, but two Cadillac Eldorado-style vertical taillights have been “frenched” into the rear fenders. 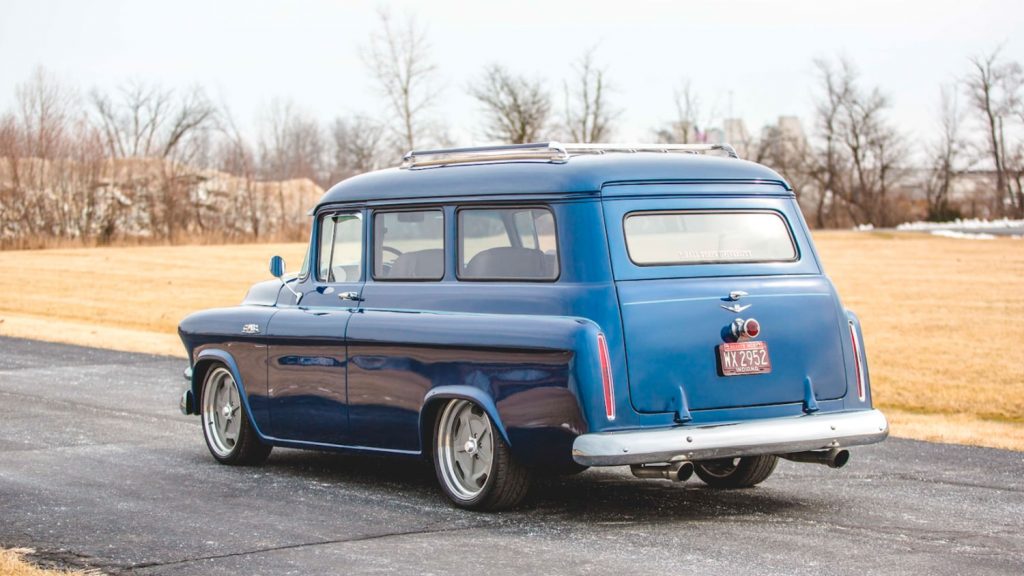 The interior of the GMC Suburban has received the full custom treatment as well. Modern power high-back seats have been treated to tan hides stitched in dark blue. The lower portion of the door panels is covered with the same tan hides stitched in blue with a diamond pattern. The carpets are a deep blue plush trimmed in a matching tan. There is a center console that is home to a modern video/stereo head unit, shifter, cupholders, and a storage area beneath a padded armrest. A custom wood-rimmed steering wheel is mounted on a chrome tilt steering column. The dash has a polished face plate on the driver’s side, and a full array of Auto Meter white-faced gauges call the dash home. Under the dash and at the top of the console are climate control vents. Lower the tailgate of the GMC Suburban and you will find a massive speaker box filled with monster subwoofers. 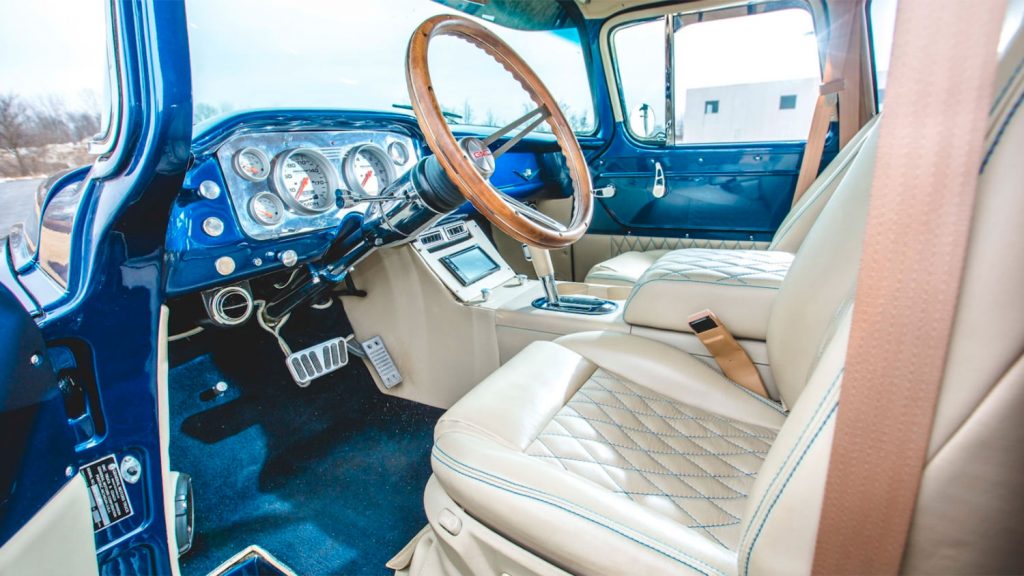 Under the hood of this GMC Suburban resides an aluminum LS1 V8. It is backed by a 4L60E automatic transmission feeding 3.55 gears in the 8.58-inch rear end. The LS exhales through custom headers and dual chambered mufflers. A modern aluminum radiator and twin electric fans keep things cool. The firewall and fenders have been smoothed, painted, and polished. The hood is supported by polished billet girder-style hinges. The ‘Burb is equipped with power steering and four-wheel power brakes as well.

This slick GMC Suburban is being offered by Mecum Auctions at their Orlando, Florida sale taking place July 29th-31st. 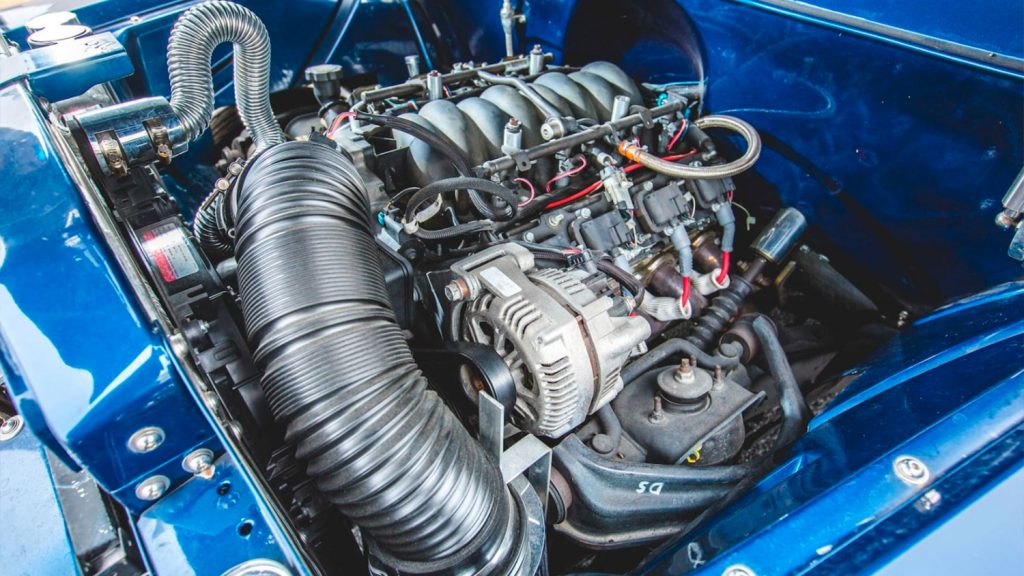 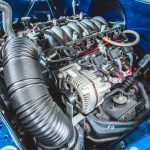 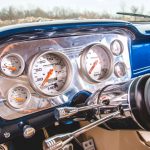 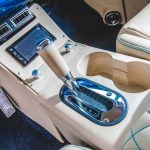 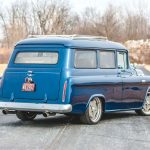 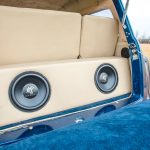 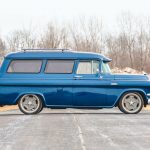 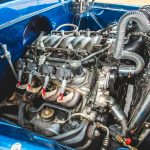 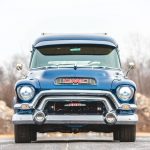 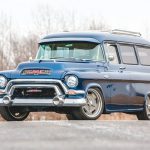 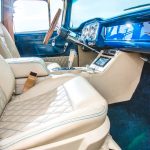 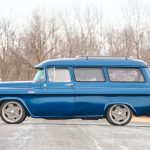 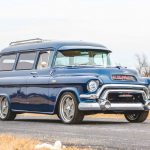 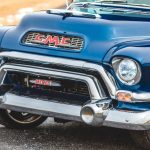 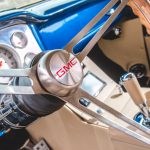 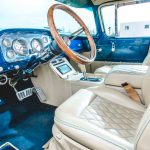 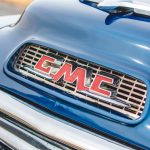 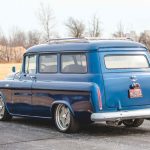