2021 Chevy Camaro customers who want the ultimate track experience can choose the ZL1 1LE Extreme Track Performance Package, which includes Dynamic Suspension Spool Valve (DSSV) dampers. By comparison, the upcoming Cadillac Blackwing ultra-high-performance luxury sedans will not be available with these. Instead, they will feature the fourth-generation Magnetic Ride Control (MRC, or MR 4.0).

Before investigating why the Cadillac and Chevrolet models differ in this way, we should first look at how the two systems compare. Similar to conventional dampers, the oil flow in the DSSV dampers is regulated by a stack of flexible steel disks. These disks can be arranged in several ways, each of which provides its own force-velocity curve for the damper. What makes DSSV unique is the use of spool valve technology, which offer spring-loaded cylindrical sleeves in place of the steel disks. The Multimatic units utilized by the Chevy Camaro ZL1 1LE contain two; one for rebound and one for compression.

The oil in MRC dampers contains iron particles which flow freely in normal circumstances. However, if they are magnetized, they contribute more significantly to the viscosity of the oil. Essentially, the more they are affected by the electromagnets in the dampers, the stiffer the fluid becomes, with a corresponding increase in the damper rate.

Both systems have their merits, but concerns have been expressed (by some) about the harsh ride quality in Camaros with the DSSV technology. This could be considered acceptable in a high-performance coupe or convertible, but in a luxury sedan – even one as powerful as a Cadillac Blackwing – not so much.

“MR [Magnetic Ride Control] allows us to run it as if it‘s a DSSV damper,” Grebovic said. “We can literally put all the metal in the fluid and make it higher viscosity, but we can also open it up for daily driving and have an amazing ride.

“This is all about how many people actually track their car. We did not want to make a compromise in a Cadillac.”

“Compared to the ATS-V, it will blow your mind how much smoother the CT4-V Blackwing rides. It does that even though we made all the springs and bars stiffer. In track mode, it’s like a full-on roller coaster.”

Although high ride quality was considered important in the development of the Cadillac Blackwing sedans, they are sure to be exceptionally capable on a track. The 2022 Cadillac CT5-V Blackwing will be the most powerful model GM’s luxury brand has ever put into production. Its supercharged 6.2L V8 LT4 engine, previously used in the Chevy Corvette C7 Z06 and current Camaro ZL1, will appear in its most powerful form yet. It’s rated at 668 horsepower and 659 pound-feet of torque, resulting in a 0-60 mph time of 3.7 seconds and a top speed of 200 mph. 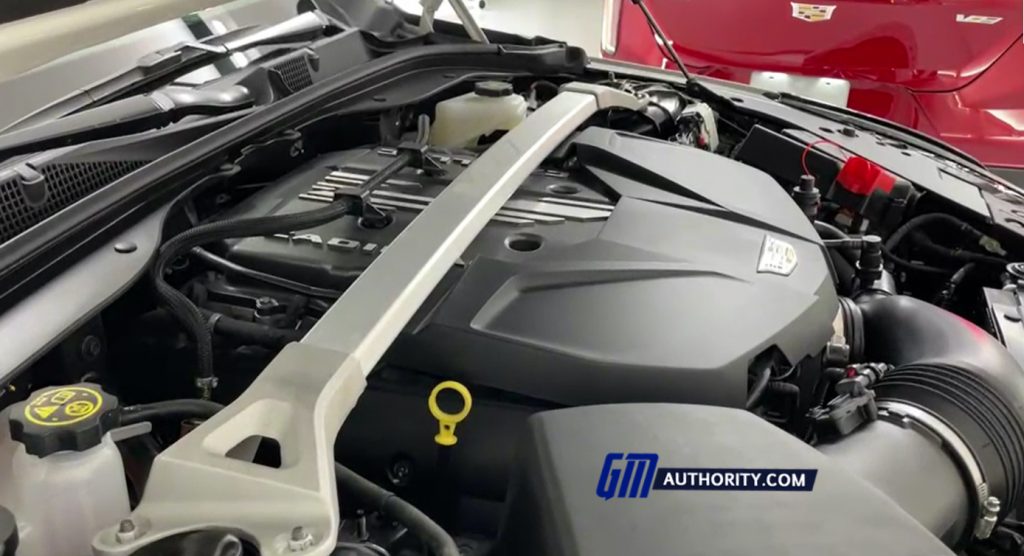 Starting prices are $59,990 for the CT4-V Blackwing and $84,990 for the CT5-V Blackwing. If all goes according to plan, production of both vehicles will start at the GM Lansing Grand River plant in Michigan on July 5th.