With its new mid-engine design, the latest eighth-generation C8 Corvette has the traction to absolutely blitz the racetrack, whether it’s on a road course, or down the 1320. Now, one group of tuners is putting the hammer down with this twin-turbo C8 Vette at the drag strip in the following video.

Coming to us from performance tuner FuelTech USA, the video is just under seven minutes long, and shows the FuelTech crew testing testing the boosted C8 Corvette to eke out every last drop of performance. 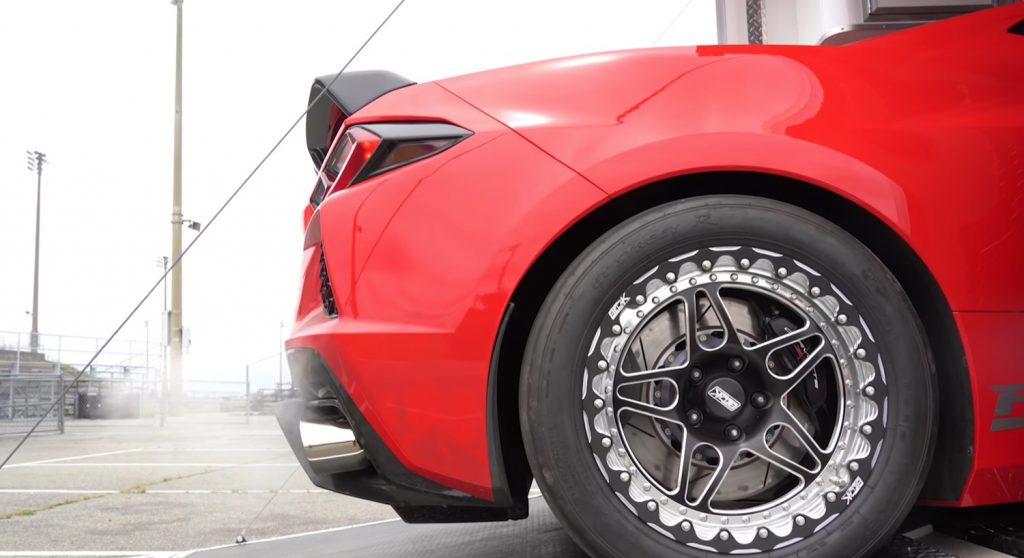 The video arrives as a “project update” from the team, with previous results including a run on the dyno making an impressive 1,075 horsepower. With the two turbos at full chat, the FuelTech Vette apparently made a few quarter-mile passes in the nine-second range.

Now, the FuelTech folks are back at it with further refinement, including tuning for the the boost, harder launches, and even a splash of nitrous as well. 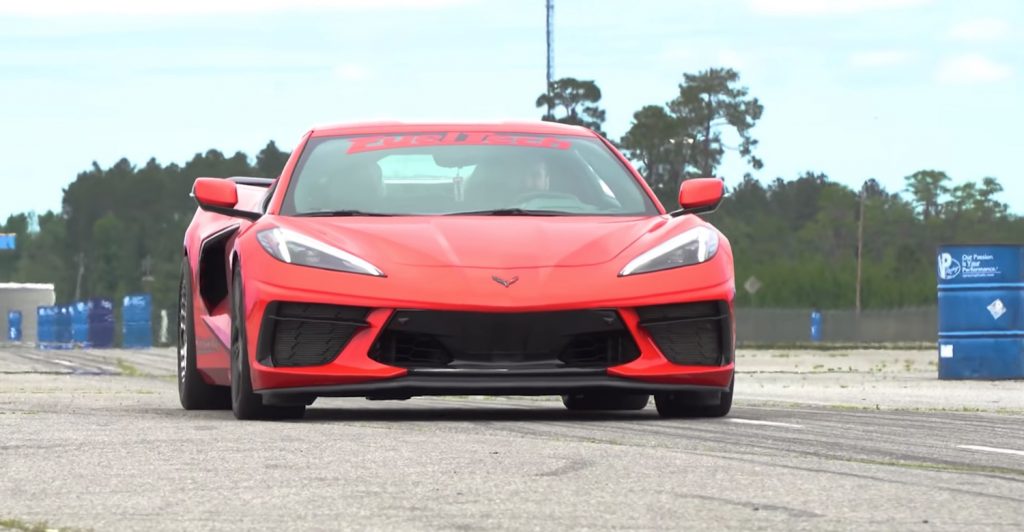 Judging by the video, the folks should have plenty of traction to turn all that power into speed. In fact, there’s so much grip the C8 Corvette lifts its wheels off the line, screaming down the quarter mile with a mid-nine-second pass a little under 150 mph

Later runs even show the C8 Corvette lift its front wheels completely off the ground.

All told, this twin-turbo C8 Corvette is a consistent runner in the mid-nine-second range, and looks great at the same time. Check it out for yourself in the video below:

As a reminder, the C8 Corvette is equipped as standard with the naturally aspirated 6.2L V8 LT2, which produces 495 horsepower and 470 pound-feet of torque when equipped with the factory performance exhaust system. Output is routed to the rear wheels through an eight-speed dual-clutch automatic transmission.