About five years ago, the folks over at online performance parts shop Speedway Motors purchased a”slightly crusty and barely running” blue 1970 Chevy Camaro with the intention of turning it into a high-performance restomod. The main purpose of this car would be to develop and promote its new second-gen F-body G-Comp front and rear suspension systems, but the car has since become a catch-all engineering test mule for the company, serving as a rolling testbed for the different F-body parts and components that it sells. 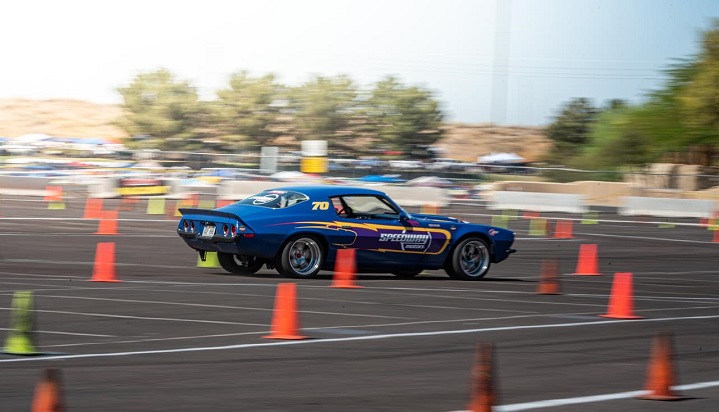 In a recent blog post, Speedway Motors provided a little more information and background on its 1970 Chevy Camaro, which it describes as a “race car with a license plate that has seen almost constant updates and evolution since it first hit the track.” As it sits today, the blue Camaro boasts G-Comp Unser Edition front and rear suspension, a 7.0L LS7 V8 engine with Speedway Motors heads and a modified Tremec TKO 600 five-speed manual transmission with dog rings. Speedway says the engine has been fitted with different engine management systems from FAST and Holley over the years and has used various camshaft designs from Comp Cams as their team worked to find an ideal setup for autocross competition. 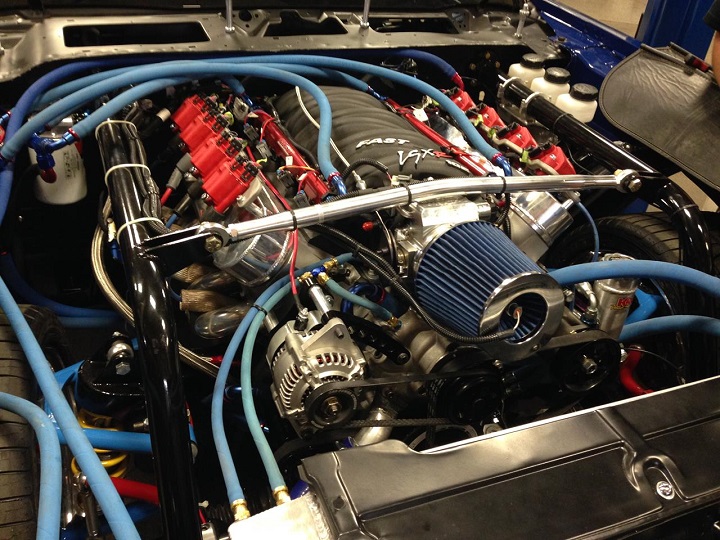 This is essentially a road-going race car, so the cabin is expectedly bare bones. It features a full roll cage, Sparco seats, a Sparco Alcantara-wrapped steering wheel, a lightweight fiberglass dashboard and a Wilwood racing pedal box. The exterior paint was inspired by Al Unser Sr.’s ‘Johnny Lightning Special’ Ford-Colt racer, which powered him to one of his two Indy 500 victories the same year this Camaro was built. The car has been piloted to numerous autocross victories by both Al and Bobby Unser over the years, including wins in the SCCA Pro Solo National Championships and Goodguys AutoCross Series. 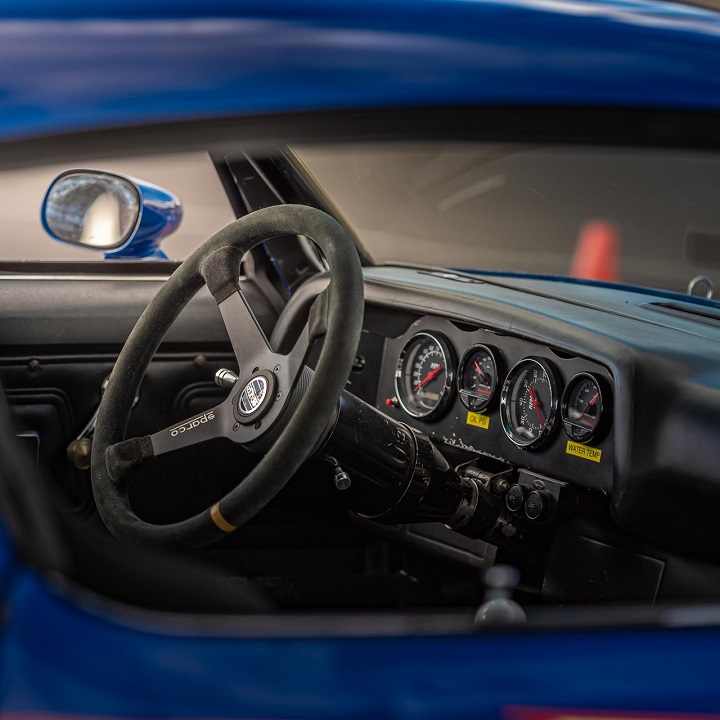 Speedway says its autocross Camaro allows it to put the various parts it sells through the ringer before it sells them to customers, giving the company peace of mind knowing that the products it has on the shelf will live up to expectations.

“Not only do we know they’ll withstand the abuse, but we know they work, thanks in part to this little Camaro and the dedicated crew of engineers, drivers, and technicians who keep pushing its development,” the company says.

Keep an eye out for Team Speedway Motors and their ‘Johnny Lightning’ Camaro at various autocross events around the country this year.