The current Chevy Colorado, introduced for the 2015 model year in the U.S. and Canada, is quite a solid and competitive midsize truck, but one that’s getting long in the tooth as it enters its seventh year on the market. Luckily, an all-new model is on the way, and our spies have just caught it in prototype form as it underwent testing. So, behold the very first shots of the 2023 Chevy Colorado. 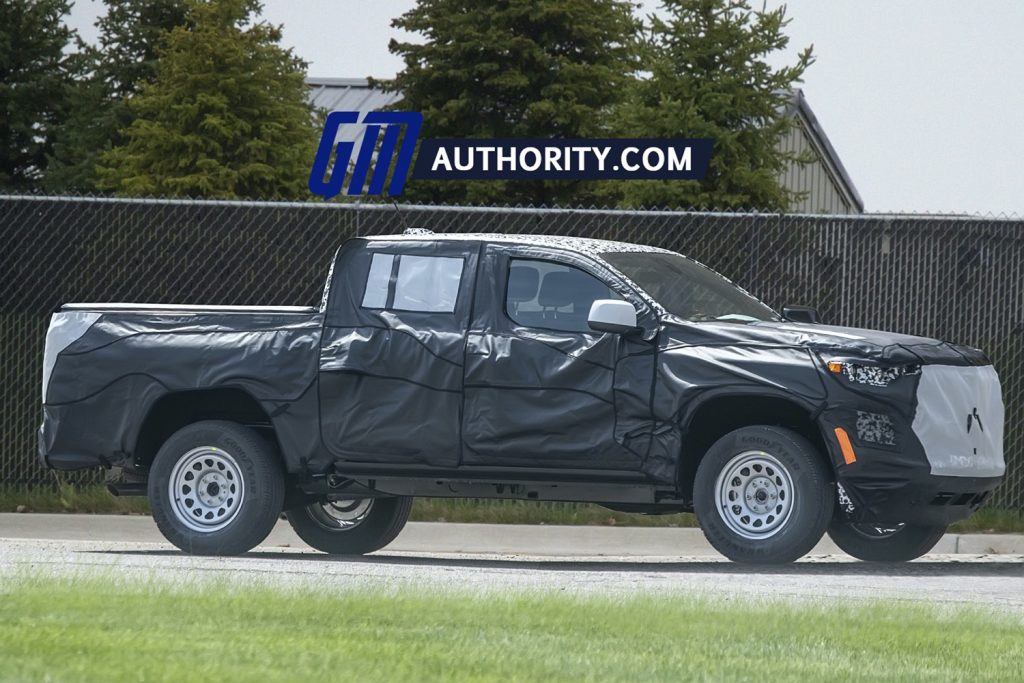 The prototype seen here appears to be a Crew Cab, Short Box model in the most spartan Work Truck trim level, as suggested by the steel wheels typically associated with the WT trim level. A substantial amount of vinyl camouflage wraps most of the truck, including the front and rear ends, along with the side. Only the cab’s roof is adorned in the thinner checkered camo. 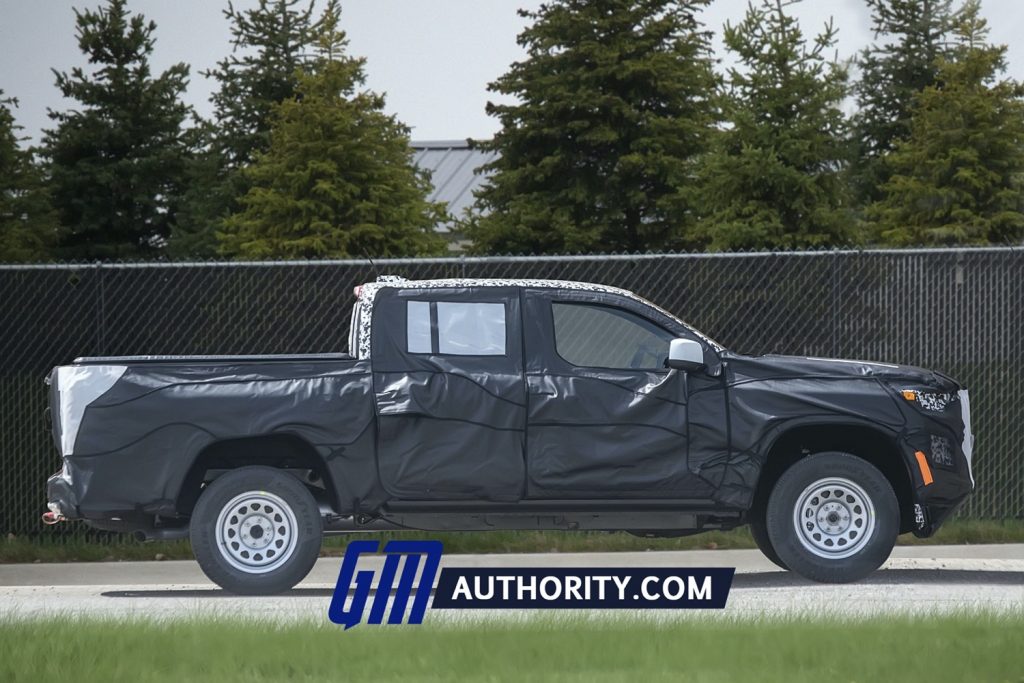 All that camo makes it challenging to tell what’s taking place at the front end of this 2023 Chevy Colorado prototype, though we can tell that a set of placeholder headlights is present and accounted for. These (what appears to be) halogen placeholder lights are expected to give way to a set of thin(ner) LED units, similar to what we see on the upcoming Silverado 1500 refresh, as leaked earlier this month. 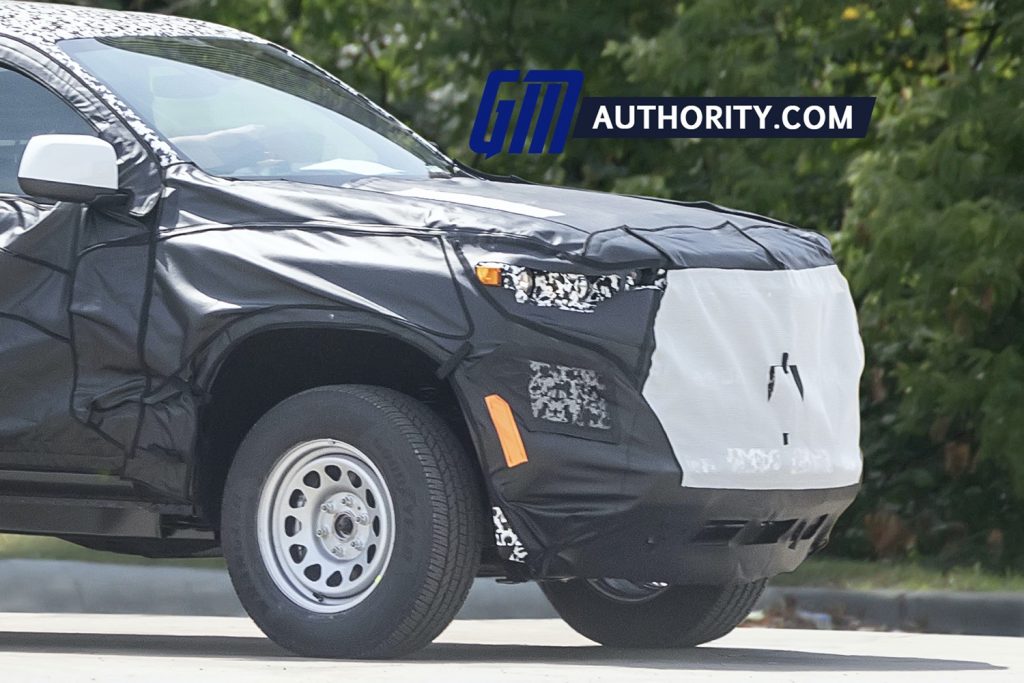 Covered in a healthy amount of camo, the body side is hiding new sheetmetal. However, it seems that the general dimensions of the Crew Cab, Short Box configuration appear to be similar to those of the current model. 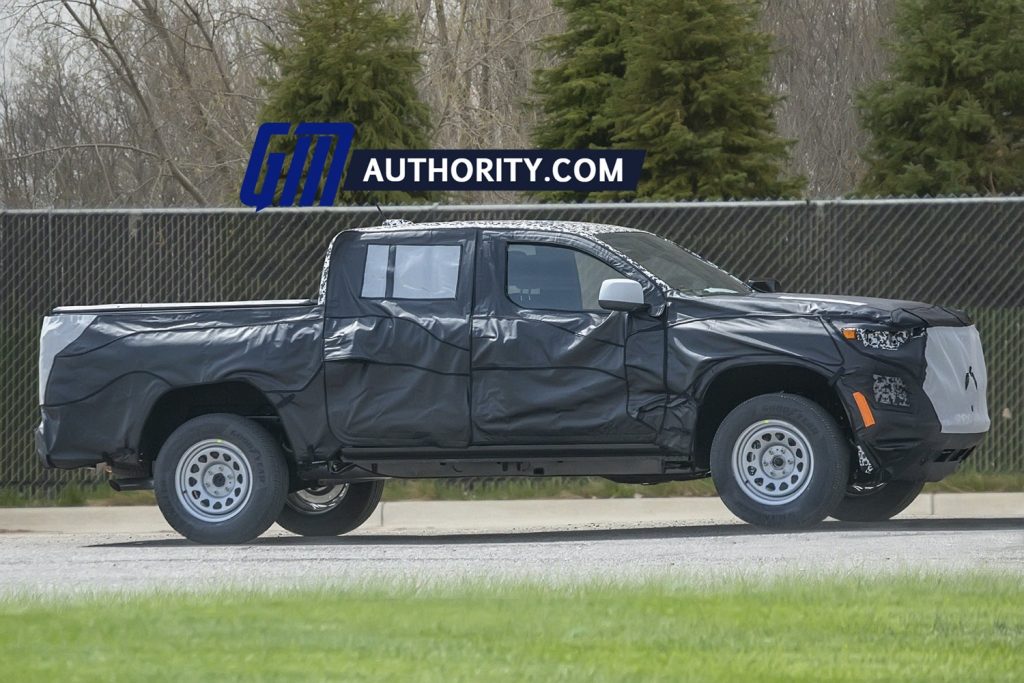 A hard tonneau cover hides the box from view, while the the rear end, also adorned in heavy camo, is hiding the tailgate. However, we can just barely make out the indents of the CornerStep rear bumper and a single-exit side exhaust tip on the passenger side of the truck. 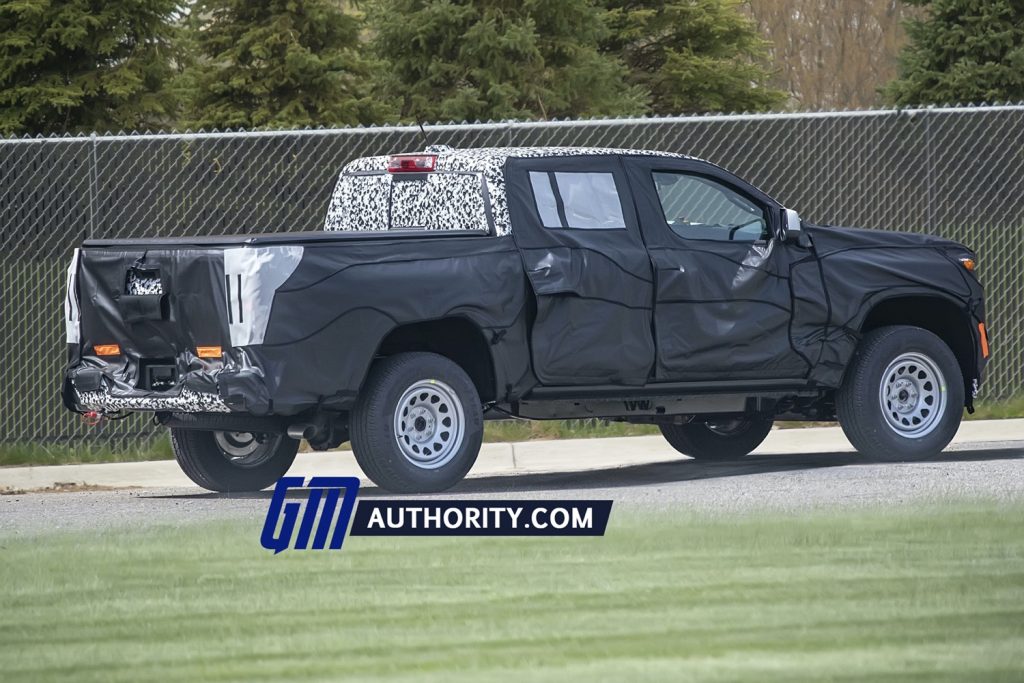 The 2023 Chevy Colorado will ride on an updated version of GM’s current GMT-31XX midsize body-on-frame architecture, which will be dubbed 31XX-2. The vehicle will get an all-new exterior and interior, along with an all-new powerplant in the form of the turbocharged 2.7L I-4 L3B gasoline motor currently offered in the Silverado 1500. In that application, the boosted four-pot is rated at a healthy 310 horsepower and 348 pound-feet of torque. GM’s 10-speed automatic transmission will handle shifting duty. The atmospheric 2.5L I-4 LCV and 3.6L V-6 LGZ, along with the 2.8L I-4 LWN turbo-diesel baby Duramax are not expected to be offered. 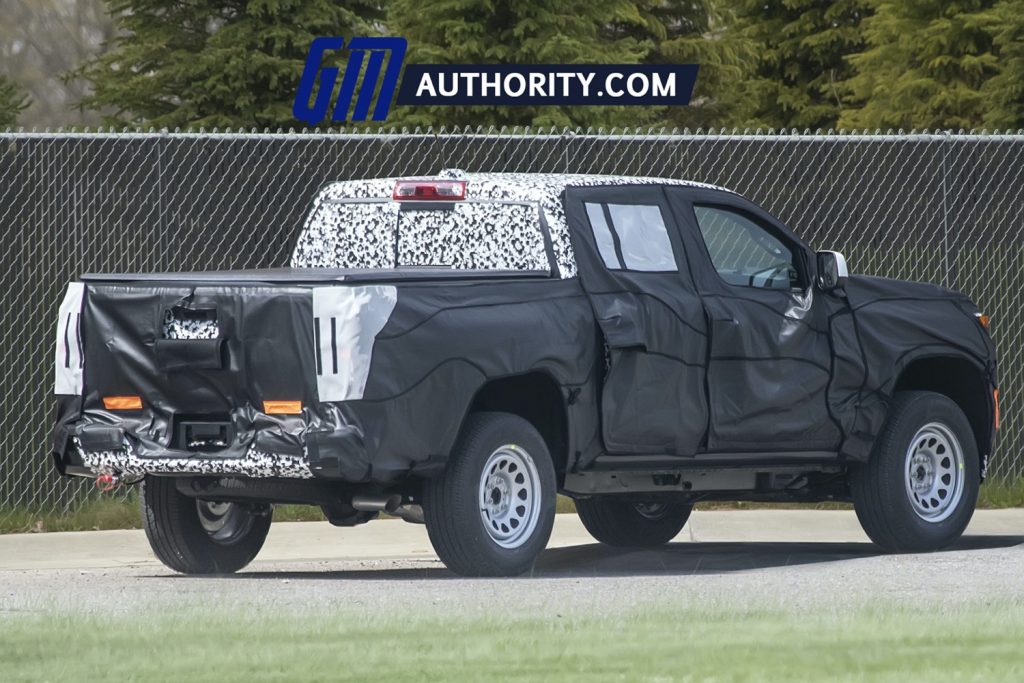 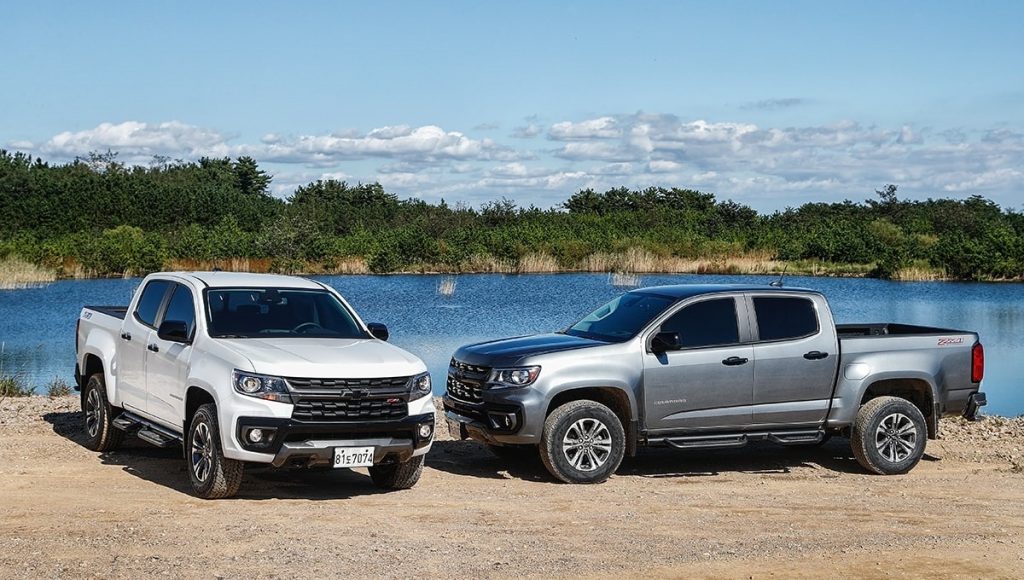