The Gilmore Car Museum in Hickory Corners, Michigan has opened up a new exhibit based around the Chevrolet Corvette. 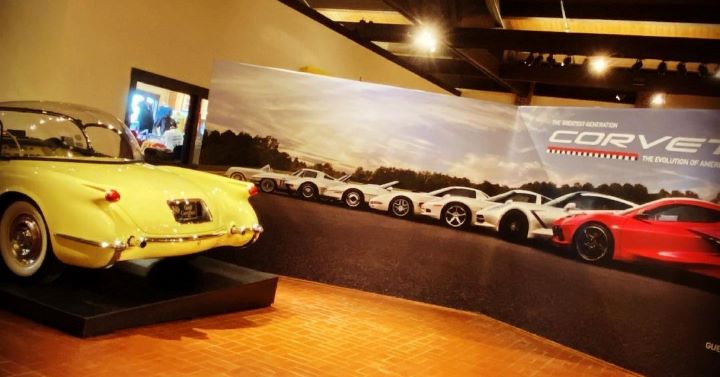 With many pandemic restrictions being lifted and warmer weather fast approaching, the Gilmore Car Museum is preparing for a busy summer of welcoming classic car enthusiasts into its 189,000 square-foot facility. Part of these preparations includes the opening of a new Chevrolet Corvette exhibit called Greatest Generation, which includes Corvettes from each of the eight model generations.

The Gilmore Car Museum says the exhibit was curated with help from a Chevrolet Corvette expert by the name of Werner Meier, who owns Masterworks Automotive Services in Madison Heights, Michigan and is “widely regarded as one of the best restorers in the world.” Several of Meier’s own Corvettes are on display in the exhibit, the museum says, along with several other notable Vettes from all over the United States.

Cars in the exhibit include the 1954 Nomad Station Wagon and Corvair “dream cars” from the 1954 GM Motorama show, a 1969 Corvette L-88 and six different concept, styling and development cars from GM that have never been displayed together previously. The centerpiece of the exhibit is the No. 26 Corvette produced, which was built on the original Corvette assembly line in Flint, Michigan before production moved to Missouri. The ‘Alpha Build’ C5 Corvette prototype test car, which is shown in all-original “as tested” condition, is sure to be another main attraction for museum-goers.

Over the summer, the Gilmore Car Museum is open weekdays from 9 a.m. to 5 p.m., and weekends from 9 a.m. to 6 p.m. Admission is $16 for adults and seniors, $11 for youth and free for children under 10. Active military can also attend free-of-charge with a military ID.