The NASCAR Next Gen cars, including the new Chevy Camaro ZL1 racer, made their official debut during a special event held in North Carolina earlier this month. GM Authority was lucky enough to be on hand for the big unveiling, where we were able to snap a quick video showing the new NASCAR Next Gen Camaro revving its V8 engine alongside its rivals from Ford and Toyota.

The video starts just as the trio of NASCAR Next Gen racers are getting ready to drive out from behind a partition to be shown to the public for very first time. As the cars emerge from behind a layer of dry ice fog, they are heard revving their race-derived 5.8L V8 engines. Keen NASCAR fans will probably notice that the exhaust note of these new cars is much different than the Generation 6 cars that they replace – a welcome change that is enabled by the vehicles’ different exhaust setups. 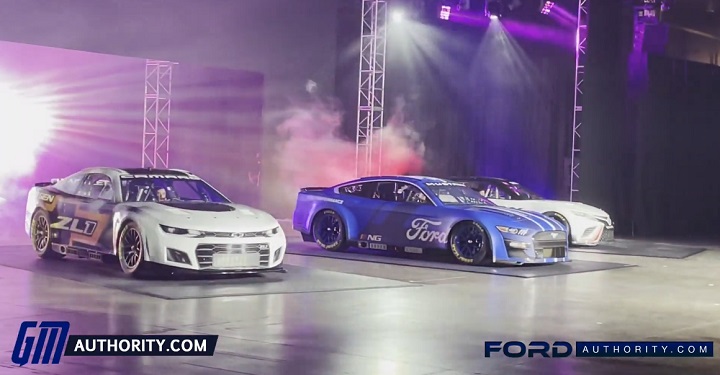 While the Gen 6 cars had an exhaust that crossed over underneath the car, the new exhausts are completely separate for each bank of cylinders. This setup sounds more defined, but initially resulted in some driver cooling issues in testing – a problem that NASCAR thankfully remedied before finalizing the Next Gen car’s design. 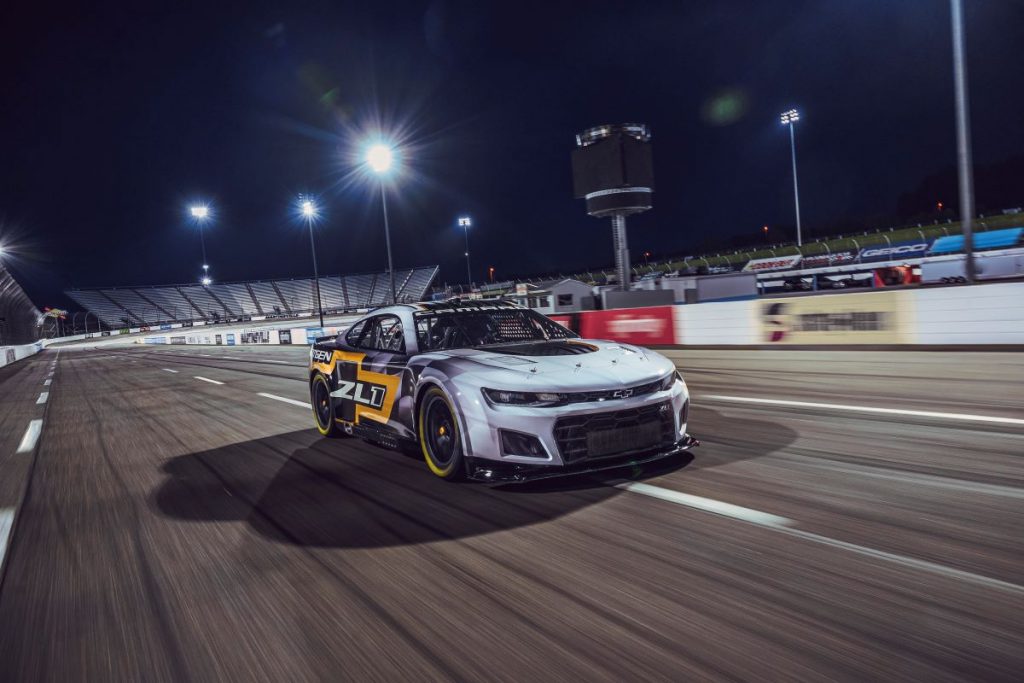 Other changes made to the NASCAR Next Gen cars include new composite bodywork, an independent rear suspension setup, a sequential transaxle, 18-inch alloy wheels with centerlock hubs, more powerful AP Racing disc brakes and a downforce-producing rear diffuser element, among countless others.

We’ll see these new race cars make their points-paying competition debut at next season’s Daytona 500 on February 20th, 2022. In the meantime, get acquainted with the brand new sound of the NASCAR Cup Series by checking out the short two-minute clip embedded below.