NASCAR is preparing to pull the cover off of its highly anticipated Next Gen cars later today, but a leaked image of the Chevy Camaro ZL1 and Mustang GT500 bodied race cars has been circulating around the web in recent days, giving us a sneak preview of the racing series’ new look.

This rather grainy leaked image was posted to the /r/NASCAR subreddit recently and spread across the internet in the days following. While the image doesn’t show us very much of the Next Gen Chevy Camaro ZL1 and Mustang GT500, it still gives us a pretty good look at the cars’ wider, lower new body shape and shorter overall wheelbase. Other details, like the newly introduced centerlock wheels and deeper front splitter, are also visible.

The NASCAR Next Gen car will be radically different than the current Generation 6 car, which was first introduced for the 2013 season. In addition to the revised chassis, bodywork and centerlock alloy wheels, the cars will implement a sequential transmission, a multi-link rear suspension setup and more powerful AP Racing brakes. The cars will also come “future proofed” for hybrid technology, including space for an electric motor and battery to be installed sometime down the road. 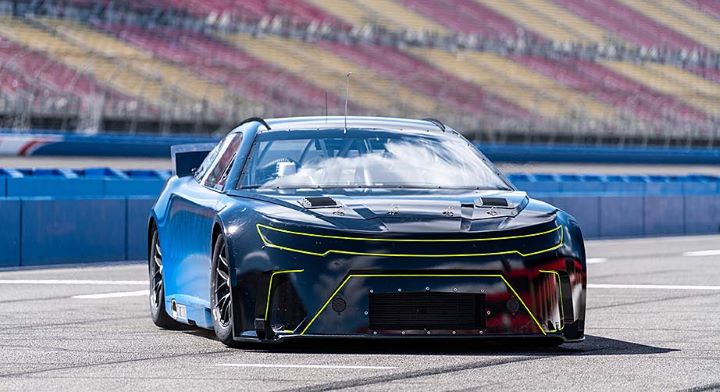 A number of NASCAR Next Gen prototype cars have been testing at various NASCAR oval and road course tracks since October of 2019. These prototype cars were built by various NASCAR teams and have been driven by a number of different Cup Series drivers, including big names like Kurt Busch and Joey Logano, who provided their feedback on the new package throughout its development cycle. 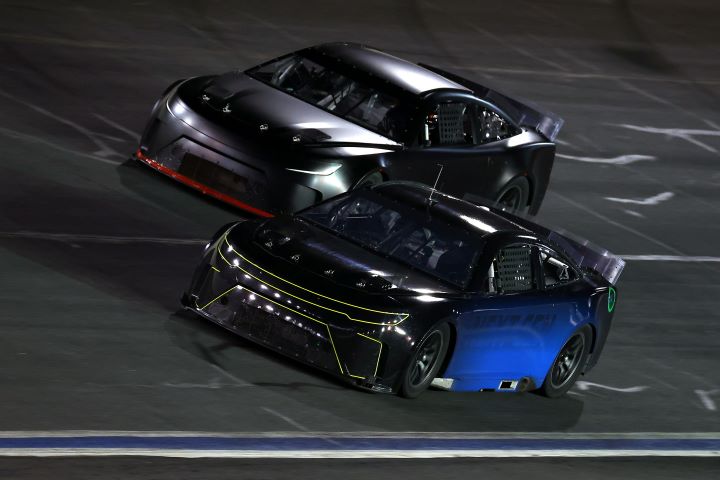 NASCAR hopes the Next Gen car, which is designed to be more representative of the cars Ford, Chevy and Toyota are selling in their showrooms, will enhance the track-to-street technology transfer for the OEMs. The car is also intended to produce closer racing, resulting in a more exciting and marketable on-track product.

“I think the world is just going to look a lot different at NASCAR once you get to the Next Gen car,” NASCAR President Steve Phelps said this week. “The dynamics are going to change so significantly. There are many things that Next Gen will do for us as a sport when it rolls out.”