The Chevy Chevelle nameplate was produced between the 1964 and 1977 model years, with three generations coming and going in that time. Finding success in NASCAR and as a hotrod for enthusiasts, the Chevelle is unfortunately no longer part of the Chevrolet lineup – but what if it was? What might it look like? Now, GM Design is answering that question with the following rendering. 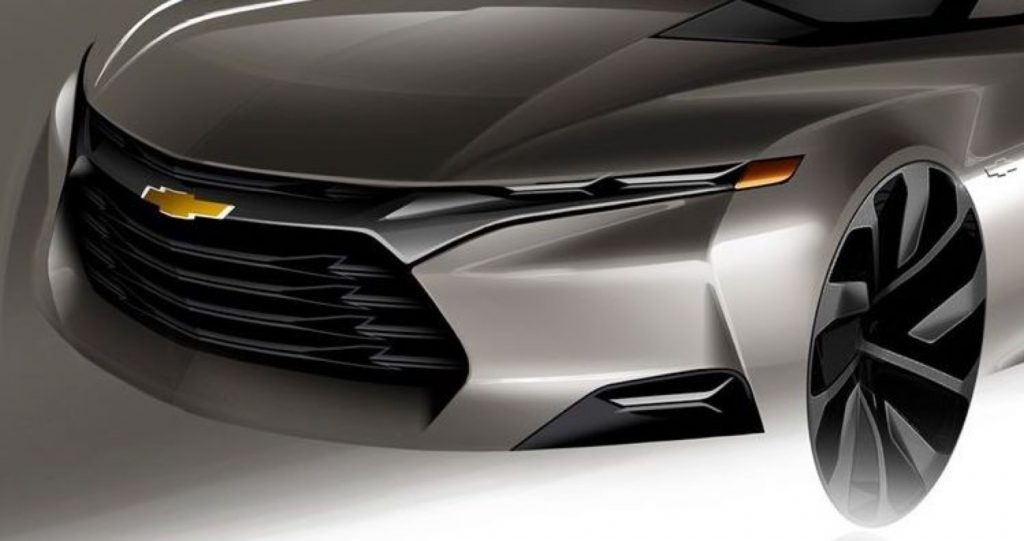 Coming to us from the official GM Design Instagram feed (@generalmotorsdesign), this modernized Chevy Chevelle concept was created by Brian Malczewski, Lead Exterior Designer at General Motors, in 2014. The look is definitely aggressive, but also somewhat futuristic, with a touch of elegance to it as well.

The front end bears a striking resemblance to the new Chevy Blazer crossover, with a large lower intake section divided by a thin upper bar holding the Chevrolet Bow Tie logo front and center. The dividing bar leads the eye towards the corners of the fascia, with ultra-thin lighting elements pulled towards the corners, bookended by amber corner lamps. Further lighting bits are found in the lower corners of the bumper, outlined by black surrounds. 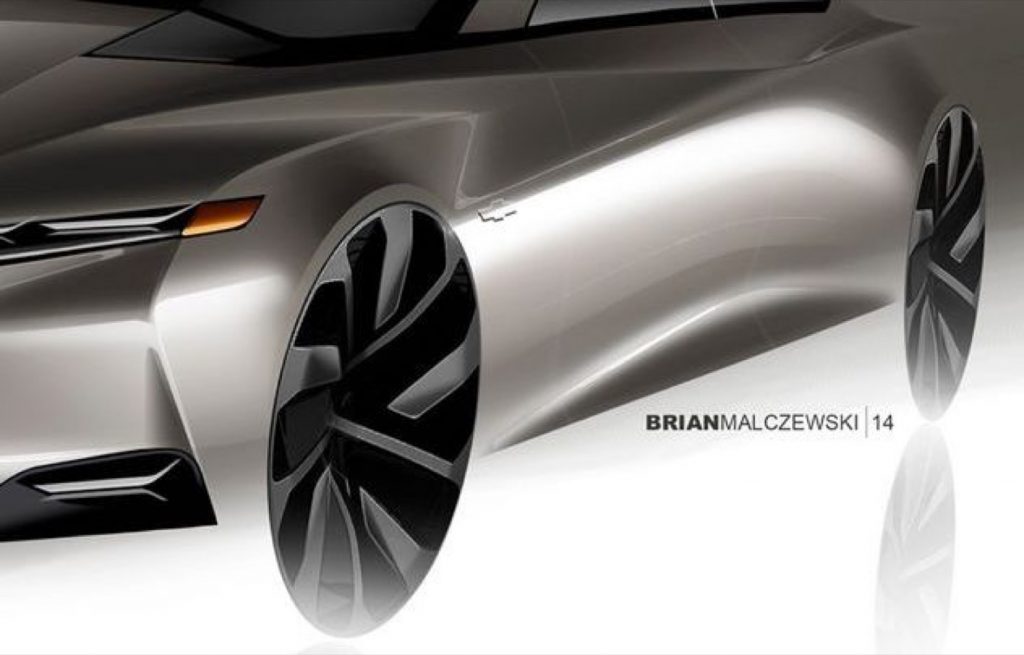 The profile view shows off enormous wheels, which fill the wheel wells with a flush fit. The side styling lines are done with a gentle, curving flow, as opposed to hard angular styling features. There’s also no door handles, while the layout appears to incorporate cab-back proportions that emphasize the Chevy Chevelle’s sportiness. The shoulder line gives the design a forward-leaning rake (visually speaking), while the window line is a continuation of styling elements that start ahead of the windshield. The roofline is also very low.

Naturally, the release of this concept image does not confirm the impending debut of a new Chevy Chevelle. Nevertheless, the design is quite attractive, and while the highly stylized features are not exactly “production friendly,” they do provide a nice framework for future Chevrolet models.