If you’re a regular reader of this website, odds are you’ve seen a feature or two looking at videos from Matt’s Off Road Recovery. Based out of Hurricane, Utah, Matt’s Off Road Recovery service will dislodge and un-stuck just about anything in the local off-roading trails, with past videos documenting rescues for a stolen GMC Sierra and a stranded Chevy Silverado. Now, the folks at MORR are doing something a bit off the beaten path with the launch of their new lifted Chevy Corvair wagon.

Unlike the recovery videos we’ve seen in the past, this video is all about the new MORR Chevy Corvair, or Morrvair for short. The video opens with Matt and the crew planning the perfect introduction for their new machine, taking inspiration from the four-wheel-burnout seen in Ken Block’s viral Gymkhana 7 video. The plan is to connect the Corvair to a brick-and-mortar wall with a rope, torch the tires, then release the Chevy by cutting the rope with an axe.

Suffice to say, it doesn’t quite go as planned, and the crew end up taking the lifted Chevy Corvair to some dunes instead. However, even though the burnout failed, the launch is still pretty epic, with high-flying jumps and even a flamethrower. 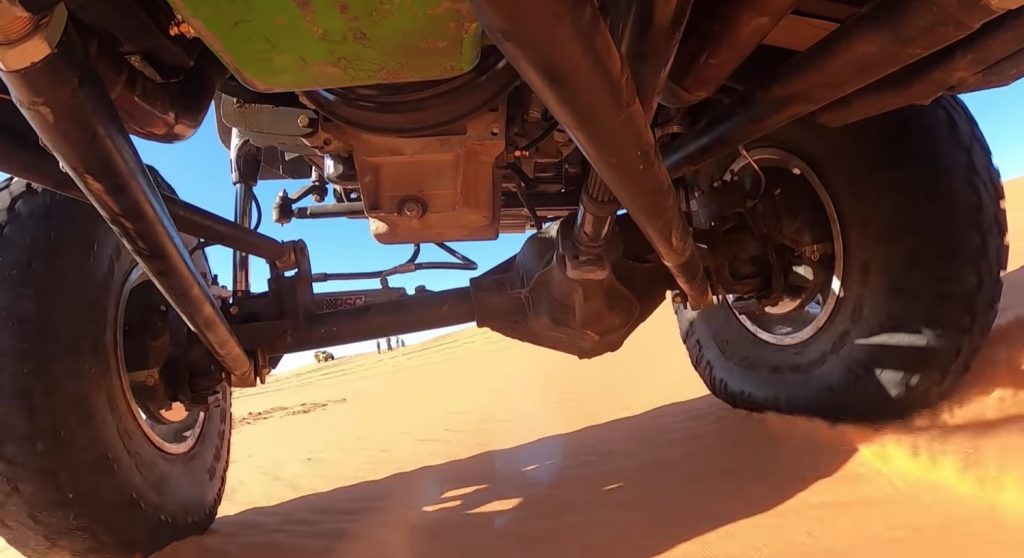 Later in the video, Matt gives us a walkaround for the new off-roading Chevy Corvair, including specs and background info as well. Highlights include heavy reinforcements for recovery work, a 5.3L V8 from a Chevy Silverado connected to a Turbo 400 transmission, Dana 70 rear axles and Dana 60 front axles, 5.13 gearing at both ends, ORI 1 front suspension with 12 inches of travel, 13 inches of travel in the rear, Flowmaster exhaust, and Milestar Patagonia tires.

All told, this Chevy Corvair looks awesome, and it has all the right stuff to perform as an off-road recovery vehicle. Hit play on the video below to check it out for yourself: