Leo, also known by his colleagues at MA Performance as ‘Fuel Pump Daddy’, loves his job in the sales department at the Minnesota-based aftermarket parts shop. One of the few things that Leo likes more than his job, though, is his black-on-black 1980 Oldsmobile Cutlass, which he recently showed off in a video for the shop’s YouTube channel. 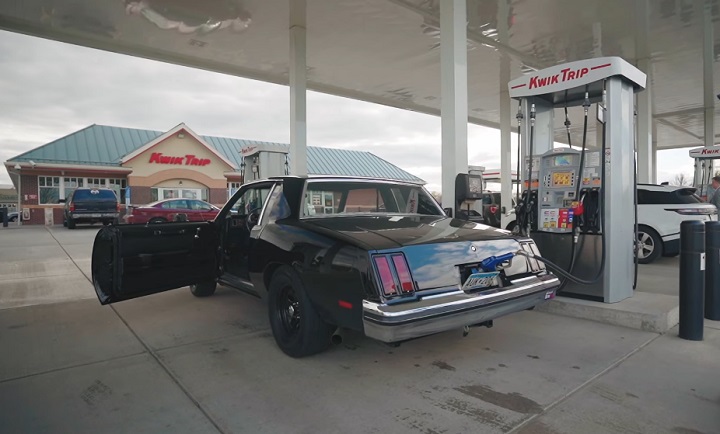 Leo describes his 1980 Oldsmobile Cutlass as a simple and straightforward build, but that doesn’t make it any less of a head-turner. Under the hood of his custom Olds is a 6.0L Vortec V8 engine, which produces a ridiculous 1,000 wheel horsepower thanks to a massive 88mm turbocharger, a beefed-up fuel delivery system, an aftermarket camshaft and a large intercooler and bigger radiator. All this power is sent to the rear wheels through a two-speed Powerglide transmission, a robust Chromoly driveshaft and a Ford 8.8 rear end. Leo’s a bit wild, so he opted for a relatively skinny 275mm width rear tire on his wildly powerful Olds – a questionable decision, but hey, it makes the car great for burnouts!

This car has a bit of interesting back story, Leo says. A fabrication guy that would give him a hand on his various projects had this 1980 Oldsmobile Cutlass hiding in the back of his shop for years. Leo would eye it down whenever he’d go to his shop to drop off parts, but didn’t think he’d ever sell it to him. He eventually started asking about the Cutlass, hopeful that if he bugged the fabricator enough, he’d buckle and decide to sell him the car. Sooner or later he agreed to turn the car over to him, and the rest is history. Leo mostly uses the car for cruising and having fun on public roads these days, as he has a 1,000+ horsepower Fox body Ford Mustang as a dedicated drag car. 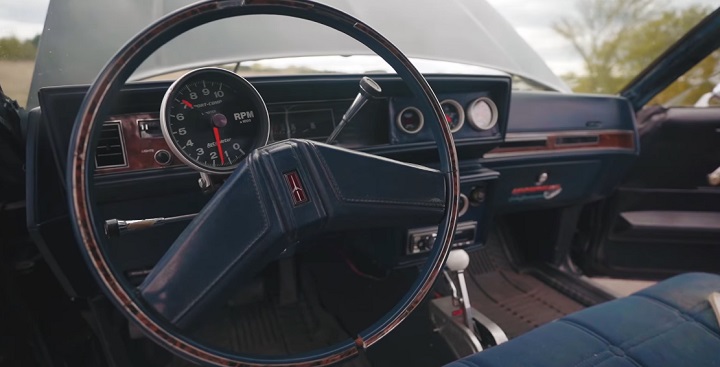 Check out the video from MA Performance embedded below to hear what else Leo has to say about his beloved big turbo Olds.