The Chevy Cavalier nameplate was in production for  nearly a quarter century between 1981 and 2005, with General Motors reintroducing the the Cavalier for the Chinese market in 2016. A total of three generations came and went in the U.S., and now, this surprisingly well-kept example from the 1991 model year is up for sale. 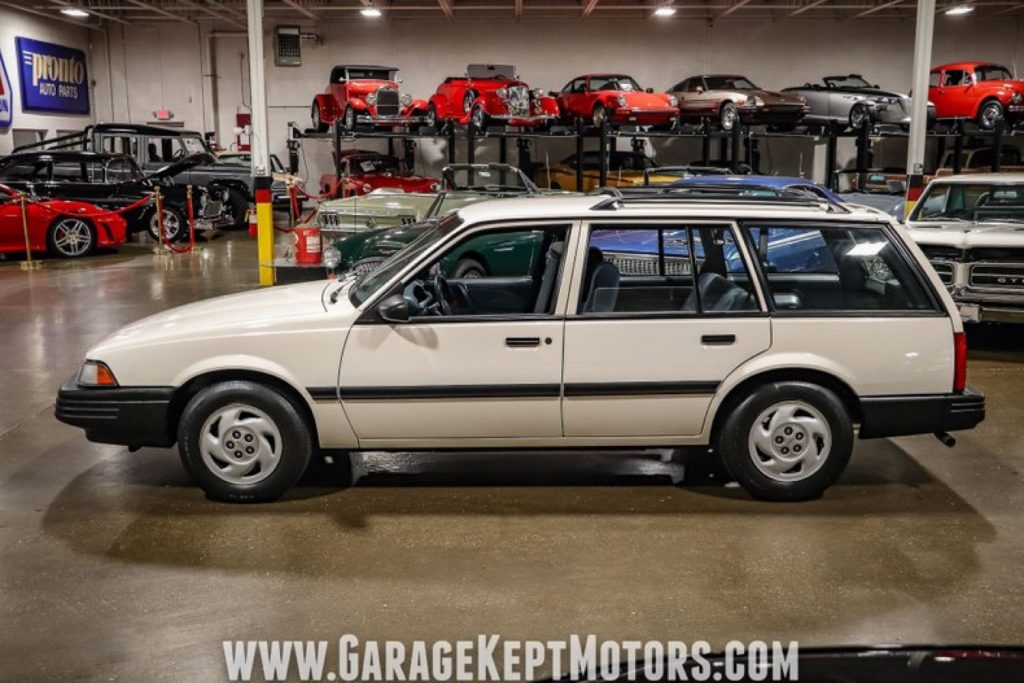 This particular example hails from the second generation, which was produced between 1987 and 1994 for the 1988 through 1994 model years. During that time period, the Chevy Cavalier was offered as a two-door coupe, two-door convertible, four-door sedan, and five-door station wagon, with this example rocking the wagon layout. 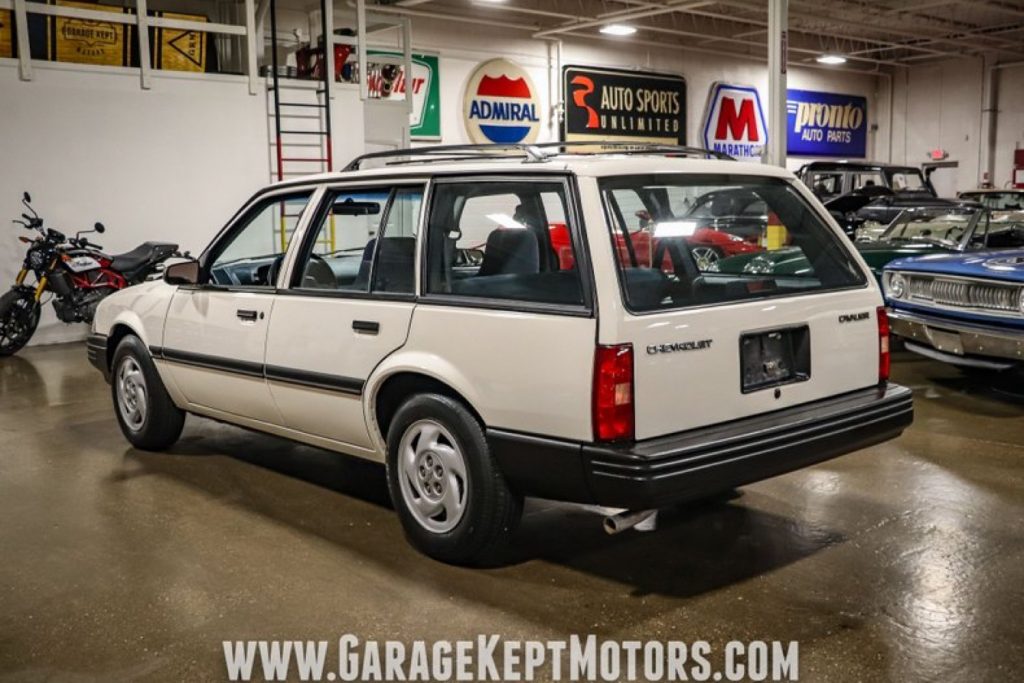 The Chevy Cavalier certainly has the look of an early-‘90s-era automobile, with straight, square proportions and boxy lines front to back. The headlamps are rectangular and separated by a rectangular grille insert, while the bumpers offset the white paint with a black finish, complemented by black trim in the doors and window surrounds. A set of roof rails are found up top. 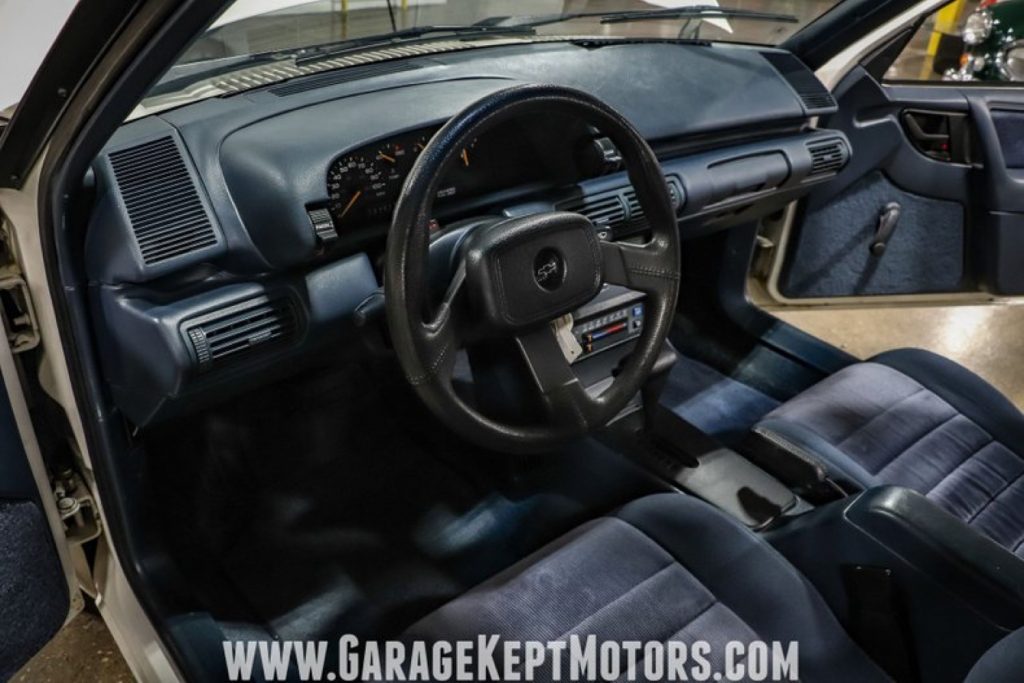 Inside, this Chevy Cavalier wagon is equipped with dark blue interior upholstery, as well as an AM/FM radio tuner in the dash. The door-mounted seatbelts are also classic ‘90s through and through.

Under the skin, the Chevy Cavalier is based on the J-body platform, with a front-engine, front-wheel drive powertrain layout. Motivation is sourced from a naturally aspirated 2.2L four-cylinder engine, the base-level engine option, rated at 95 horsepower. The engine is mated to a three-speed automatic transmission. 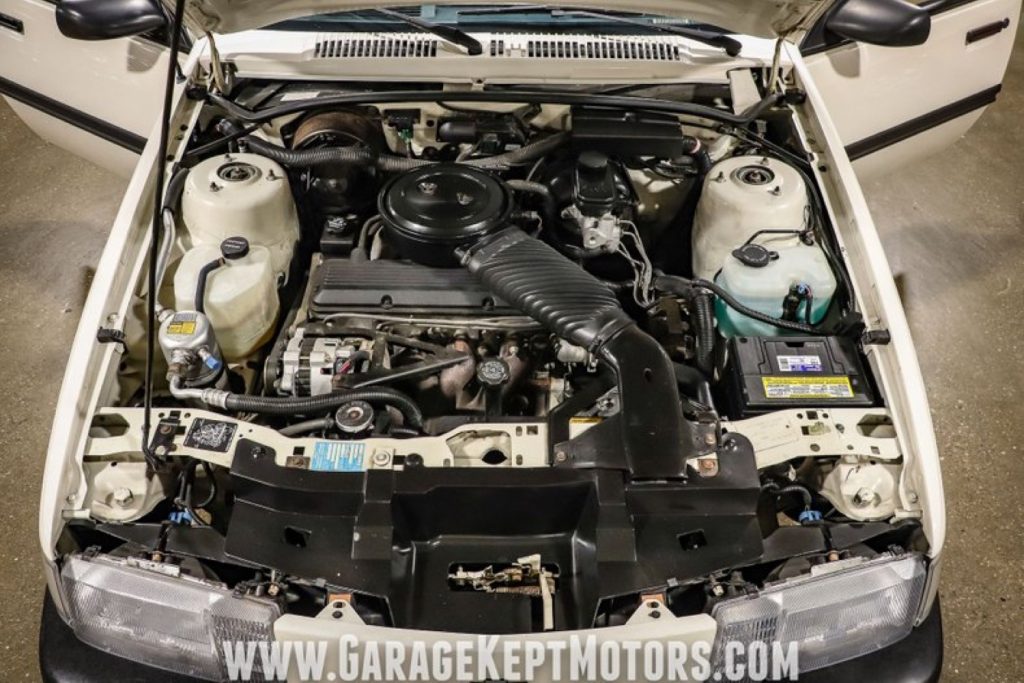 All told, this 1991 Chevy Cavalier wagon looks surprisingly clean for a car that’s three decades old. Mileage is set at 27,027 miles, with one owner in its history.

Now, this Chevy Cavalier is listed for sale by Garage Kept Motors at $17,900. The listing also includes a video of the wagon starting and idling, plus a brief look at the interior, exterior, and under the hood.