The latest LEGO Speed Champions lineup includes a brick set that will allow Chevy fans to build their own LEGO version of the Corvette C8.R racecar and the 1968 C2 Corvette road car.

The 512-piece set celebrates the evolution of the Chevy Corvette from a front-engine sports car to a modern-day, mid-engine supercar. The C2 Corvette, with its Stingray-inspired styling and impressive in-period performance, helped establish the icon status that the American sports car enjoys today. The Corvette C8.R, meanwhile, proves the current-day Vette can hang with and beat the likes of Porsche and Ferrari on the track and also serves as a real-world testbed for the road-going Corvette program. 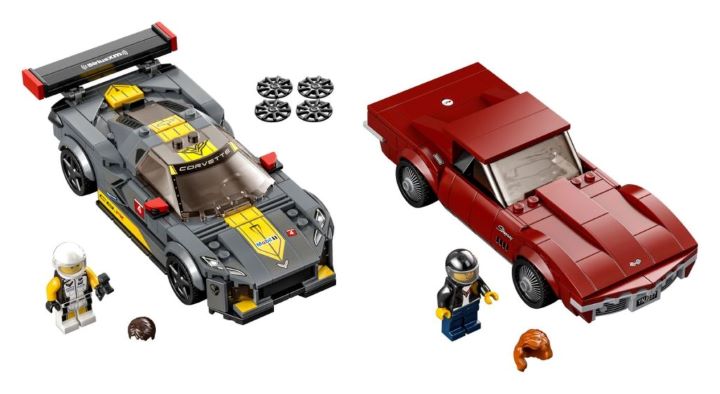 This new Corvette LEGO kit is one of several Chevy-licensed brick sets that the toy company has introduced under its automotive-themed Speed Champions banner. It also offered a similar kit for the C7 Corvette Z06, Chevy Camaro SS and the NASCAR Cup Series Chevy Camaro ZL1. This marks the first time the new mid-engine C8 Corvette has been offered in a LEGO kit, however. In addition to the required bricks to build the two cars, the kit also comes with LEGO driver figurines complete with their own racing-themed outfits and race helmets. 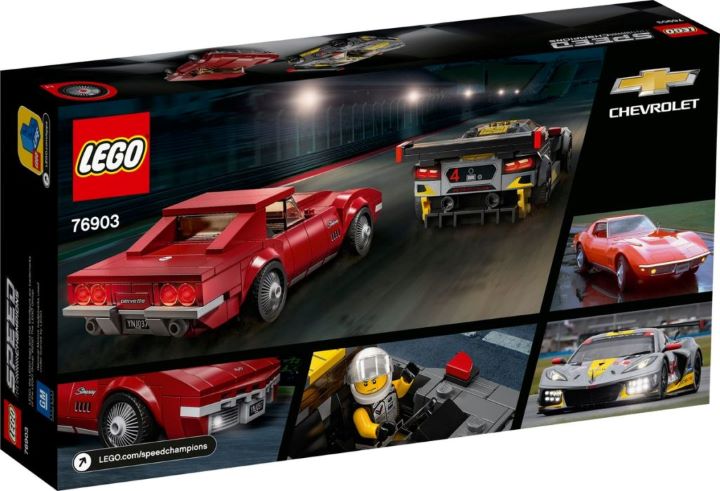 Chevy fans can expect to pay $55.65 for the Corvette-themed LEGO Speed Champions set. The kit will officially go on sale in the United States later this year and will be sold alongside several other new-for-2021 Speed Champions sets based around cars like the Koenigsegg Jesko, Toyota Supra, McLaren Elva and Dodge Challenger. The LEGO Speed Champions kits are appropriate for ages eight and up due to the small pieces included in the set. Happy building, Chevy fans!