Kyle Busch took his first victory of the 2021 NASCAR Cup Series season this past Sunday, pulling away from the field following an overtime restart to win the aptly named ‘Buschy McBusch Race’
from Kansas Motor Speedway. 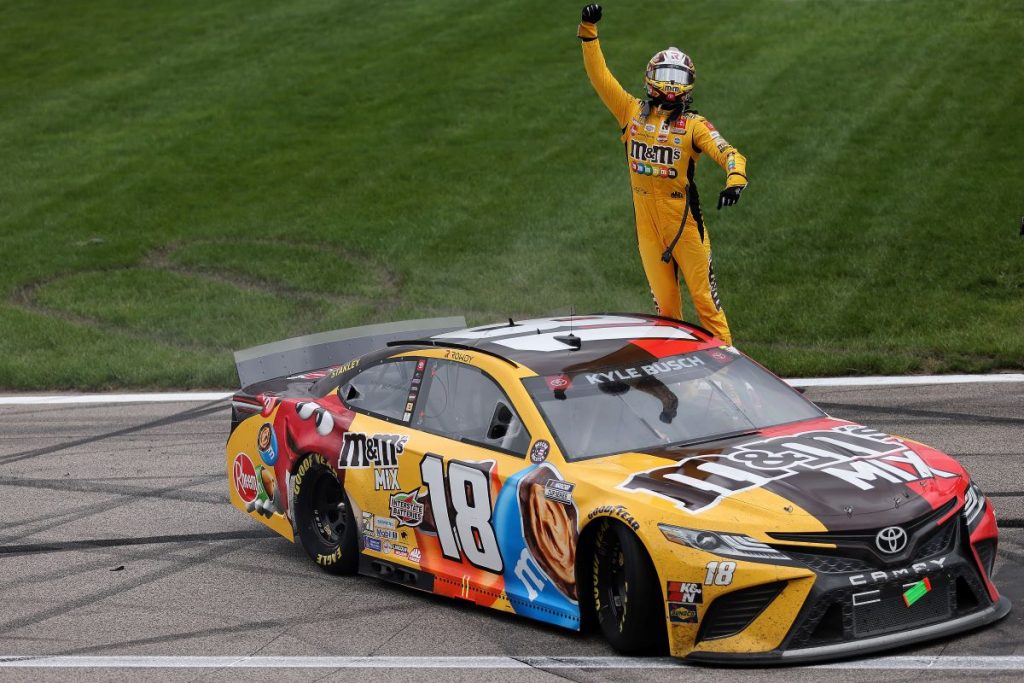 The No. 18 Toyota Camry driver had a strong car all day, winning Stage 1 and finishing second in Stage 2 behind the No. 5 Chevy Camaro ZL1 1LE of Kyle Larson. After running up front all day, Busch found himself on the front row for the overtime restart and pulled away from the field with teammate Martin Truex Jr. in tow close behind.

“Just a great day to be able to put this M&Ms Camry up front,” Busch told NASCAR.com post-race. “Great to be able to get everyone back in Victory Lane again this early in the season and get those points going our way.” 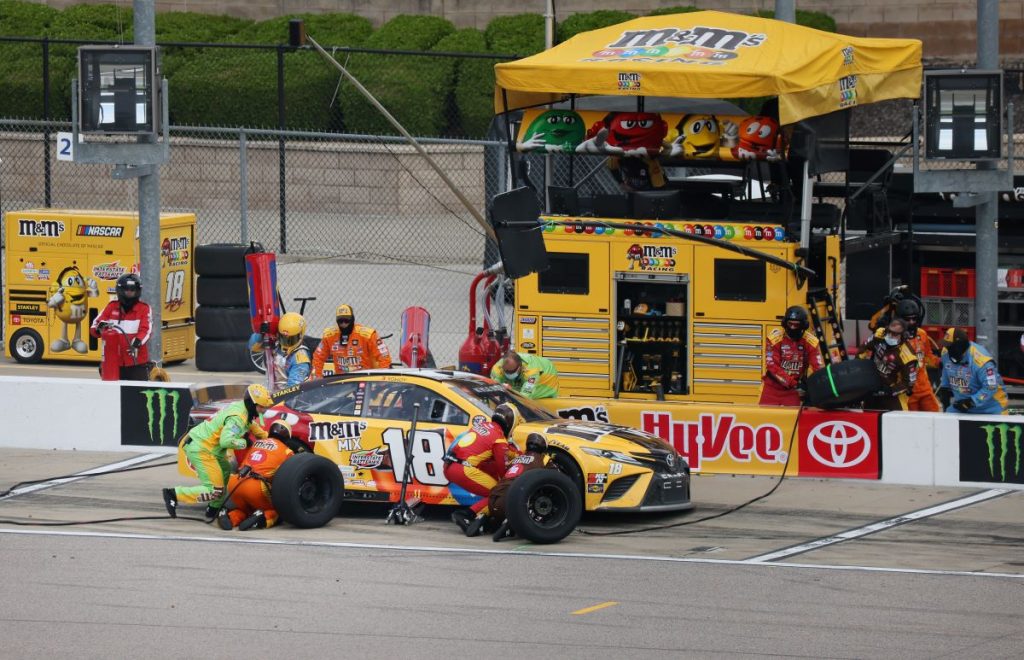 The race was mostly incident-free, with the first 167 laps running without any major wrecks or crashes, although a series of late-race yellows in the closing 20 laps made strategy an important part of Busch’s victory. 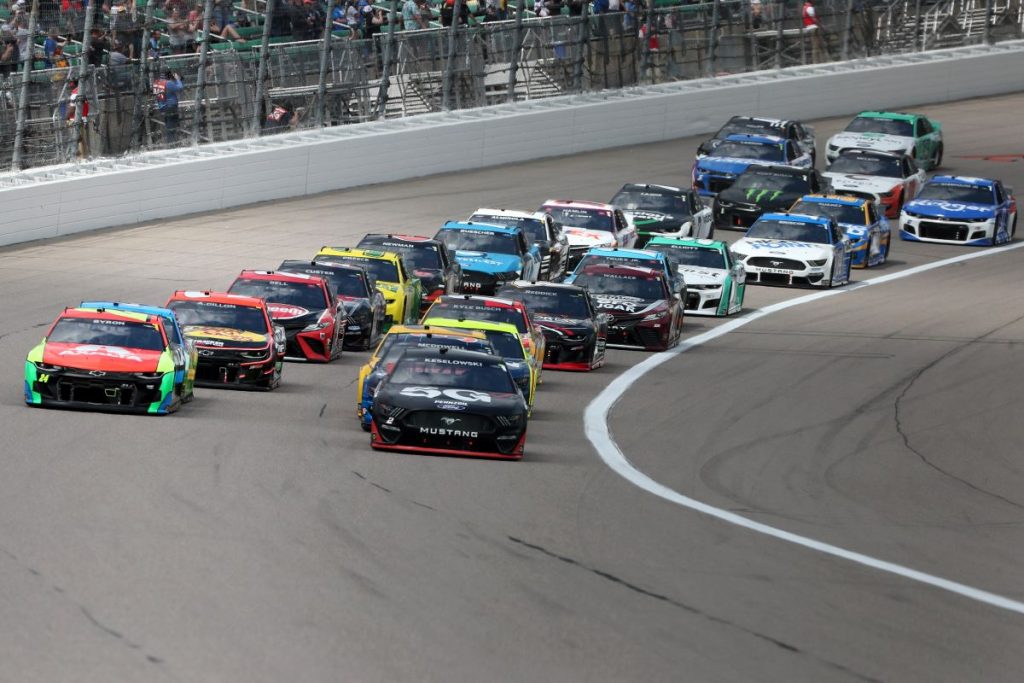 Larson looked strong for Chevy all day, but his race fell apart following the final restart. Lining up behind the No. 12 Ford Mustang of Ryan Blaney, Larson drove deep into Turn 1, leaning on Blaney’s bumper as they made their way into Turn 2. Larson pushed Blaney too hard, however, causing them both to lose control briefly. This shuffled the pair to the back of the field, ruining either’s chances at challenging Busch for the win.

“I was back to third and planned on pushing Blaney as good as I could and obviously, I pushed too hard and got him loose and chased both of us back into the wall,” Larson said. “I was just trying to help him stay side by side with the 18 on the back to allow myself to have some sort of opportunity, but I just pushed too hard.”

Kevin Harvick finished second behind Busch, followed by the two other Fords of Brad Keselowski in third and Matt DiBenedetto in fourth. Chase Elliott was fifth overall and the top-finishing Chevy driver for the day.

The NASCAR Cup Series heads to Darlington next for the Goodyear 400 on Sunday, May 9th. Check out the video embedded below for complete highlights from Kansas.