A NASCAR Chevy SS that was formerly driven by four-time Cup Series champion Jeff Gordon will be auctioned off at RM Sotheby’s Amelia Island sale later this month. 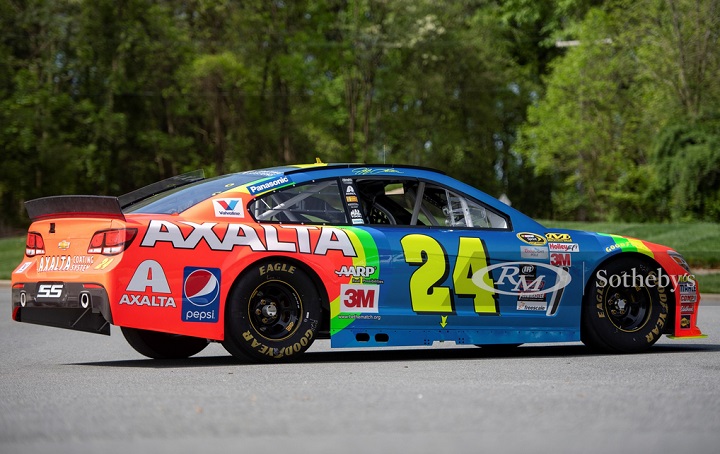 This Chevy SS was driven by Gordon in eight different races in the 2014 and 2015 NASCAR Cup Series season and was the last car he drove that featured his iconic multi-color ‘Rainbow Warrior’ livery. It achieved a best finish of sixth at the 2014 Quicken Loans 400 at Michigan International Speedway and was last raced in the 2015 Coca-Cola 600, where Gordon started 18th and finished in 15th. This car also briefly wore a Panasonic livery in 2014, but was changed back to the Axalta-sponsored rainbow livery later in the year. 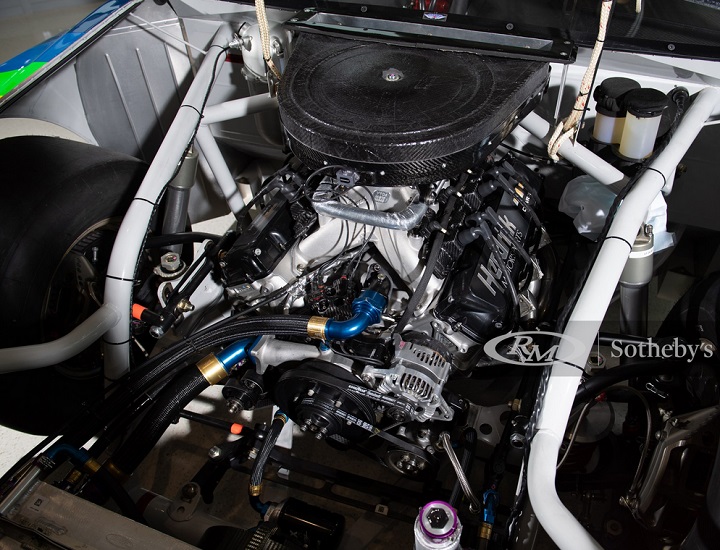 Since its retirement six years ago, Hendrick Motorsports has meticulously restored this ex-Jeff Gordon racer, using only using new, authentic, period-correct parts. RM Sotheby’s says the teardown and restoration”was executed over the course of several hundred hours by the same team members responsible for building current NASCAR chassis” at Hendrick, and is thus a near-perfect example of a race-ready Hendrick Cup Series car. It currently sits just as it did when it was first rolled onto the grid for the last time at the 2015 Bristol Night Race. 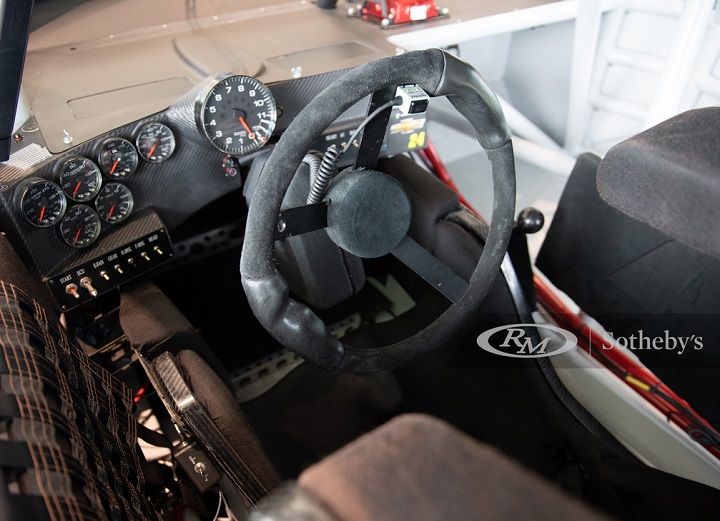 Under the hood of the car is a Hendrick Motorsports-certified Chevrolet “R07” racing engine, which is good for an estimated 725 horsepower. The cabin features a new NASCAR-spec safety cell, a fire suppression system and a carbon fiber dashboard with the exact layout and specifications that Gordon requested in 2014. The winning bidder will also receive a Jeff Gordon firesuit that the NASCAR Hall of Famer wore in the 2015 season. 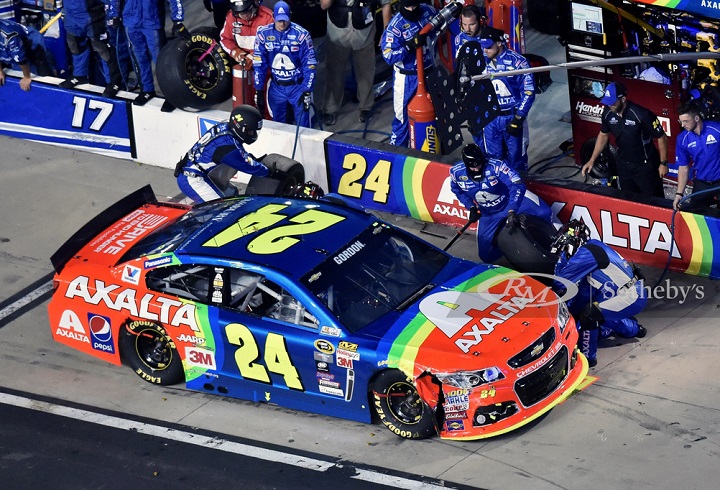 It should go without saying that this meticulously restored NASCAR race car won’t come cheap. RM Sotheby’s predicts it will fetch between $150,000 and $200,000 when it heads to auction at Amelia Island on May 22nd, but we wouldn’t be shocked if a bidding war drove the price up even higher.

Check out the listing here for additional information and photos.