In 1955, a horrific accident at the 24 Hours of Le Mans endurance race killed French driver Pierre Bouillin and 83 spectators, and wounded 180 more. This disaster would lead to American auto manufacturers forming a coalition in 1957 banning their support for organized racing. This killed factory backing of the Chevy Corvette while still in its infancy. It did not, however, stop privateers from entering American cars in competition, nor did it keep the Big Three auto makers from offering covert support for those privateers.

Briggs Cunningham was a motorsports privateer with a strong sense of patriotism. An heir to the Procter and Gamble empire, Cunningham had made several attempts at winning the 24 Hours of Le Mans fielding exclusively American cars driven by American racers. Despite his substantial fiscal backing, Cunningham had been unable to secure a victory at the French endurance race. He wanted to give Le Mans one more shot using a trio of Chevy Corvettes that had been secretly developed for endurance racing by Zora Arkus-Duntov and Ed Cole. 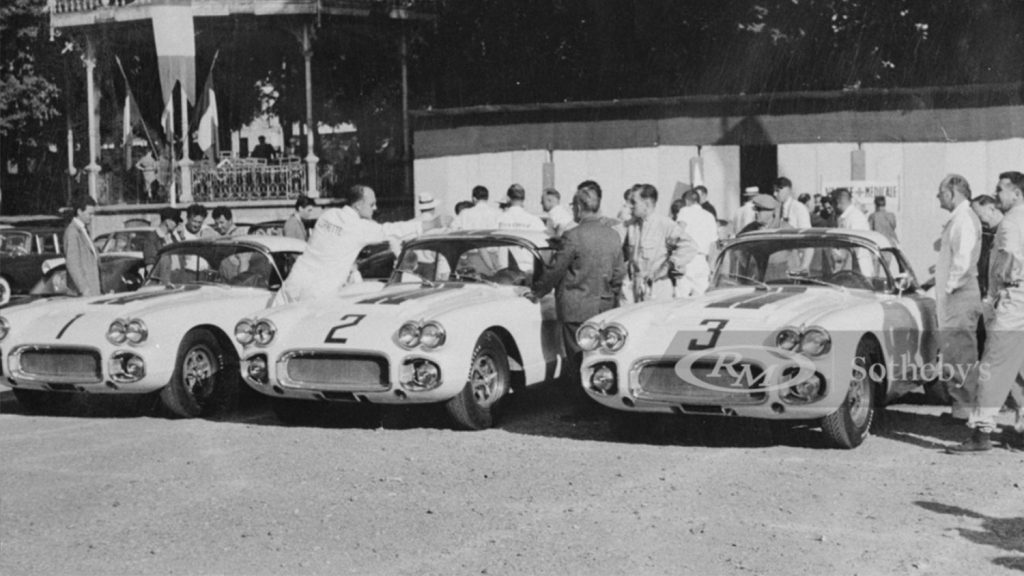 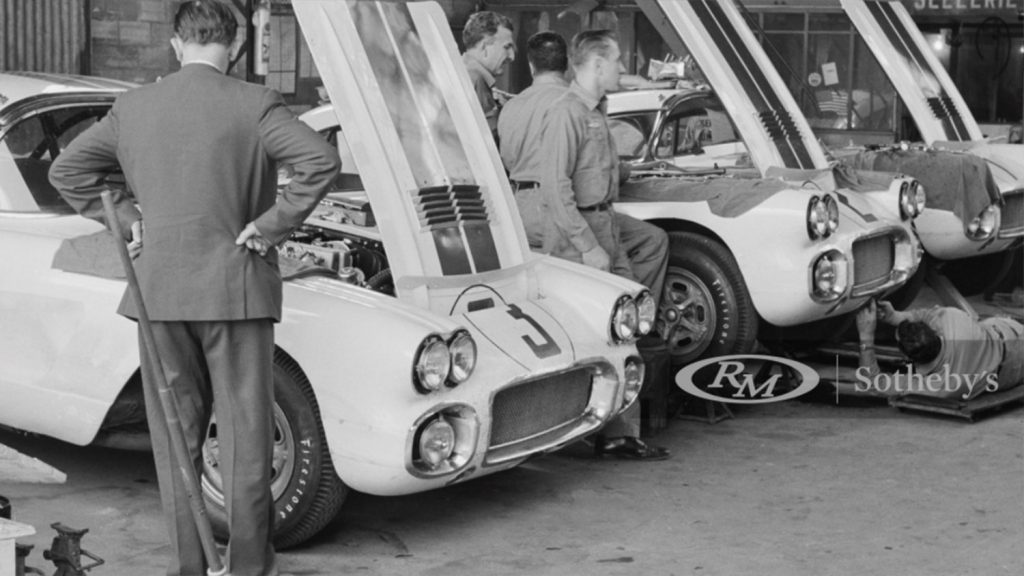 Before the 1960 running of the 24 Hours of Le Mans, all three Chevy Corvettes were unofficially tested and modified by Chevrolet, resulting in a host of improvements. Much of the testing took place at Sebring and Daytona, the Bridgehampton Race Circuit in New York, and at the Circuit de la Sarthe in the months leading up to the 24-hour race.

At the 1960 24 Hours of Le Mans, the three Chevy Corvette race cars were numbered #1, #2, and #3. The cars competed in the GT-5.0 class. During the course of the race, the Corvettes were competitive within their class. During the night, car #1 was wrecked in a heavy downpour after just 32 laps. Car #2 would also suffer mechanical failure after being forced off the course. Car #3, however, would go on to win the GT 5.0 class, and finish eighth overall. 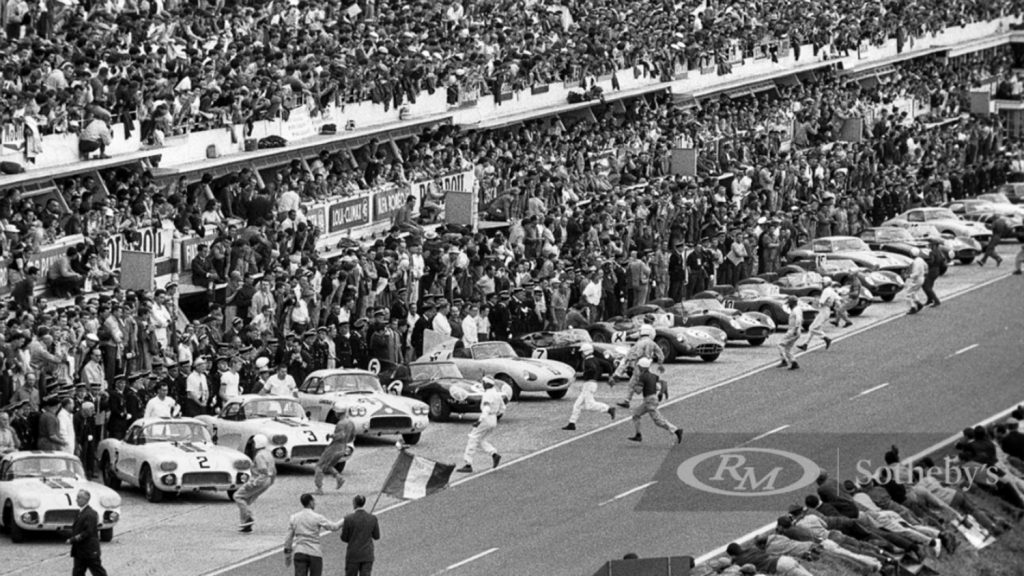 After the race, the cars would have their specialty engines removed and sent back to Chevrolet. The Chevy Corvettes were subsequently sold to other racers. The #1 car, chassis #3535 changed hands twice, ending up with Cunningham friend and SCCA racer Marshall “Perry” Boswell Jr. Boswell extensively modified the Chevy Corvette, switching the twin headlights per side back to the singles from earlier production years, a unique grille, a small hood scoop, and a black paint job. The car rode on chrome turbine wheels wrapped in wide whitewall tires. 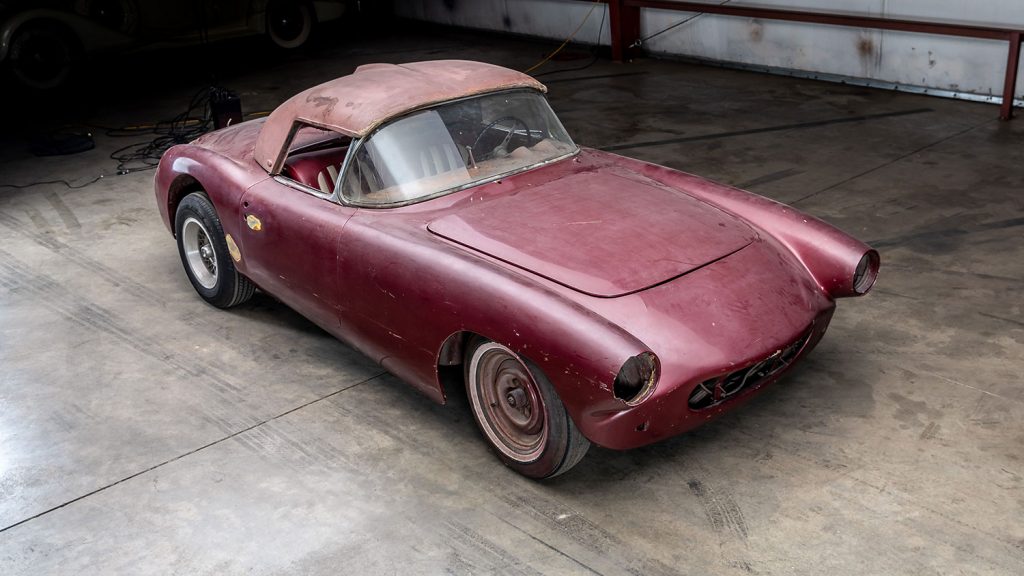 In 1966, Boswell sold the now indistinguishable Chevy Corvette Le Mans racer. It changed hands several times, also changing colors to green, and then to yellow. It wasn’t until 2011 that the car was rediscovered by Rick Carr with the assistance of Cunningham historian Larry Berman. 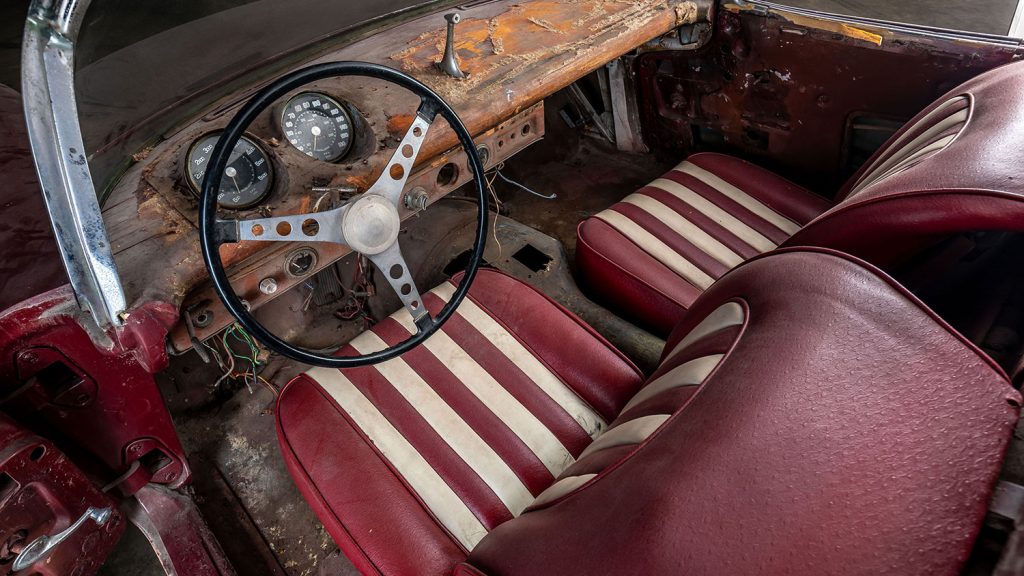 This Chevy Corvette, chassis #3535, was the #1 Cunningham Corvette from the 1960 24 Hours of Le Mans. It is one of the most historically significant Corvettes of all time. Cunningham Corvettes #2 and #3 have both been found and fully restored to their as-raced glory, and this car is deserving of the same treatment. It is being offered in as-found condition by RM Auctions at their Amelia Island, Florida sale May 22nd. 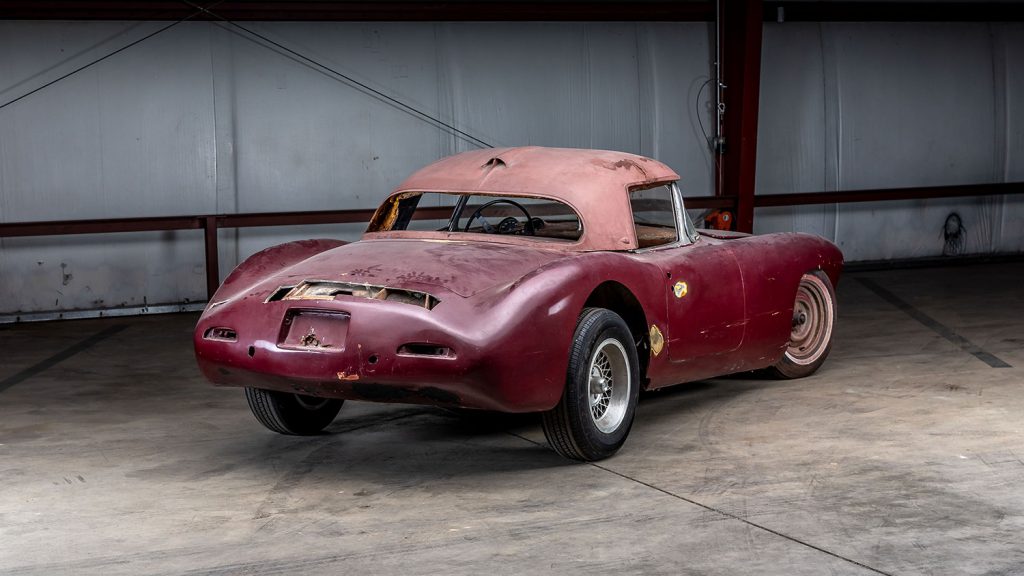 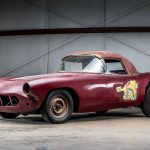 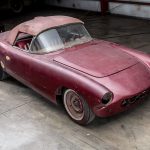 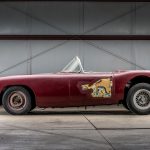 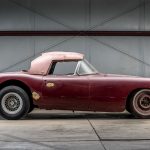 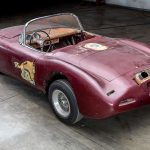 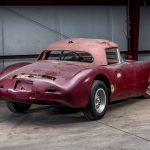 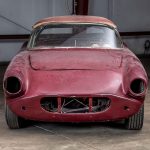 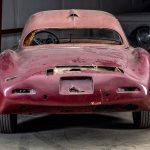 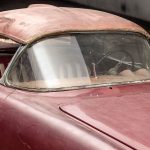 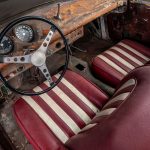 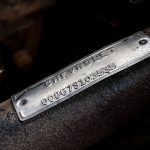 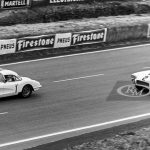 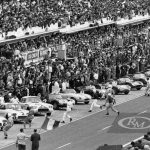 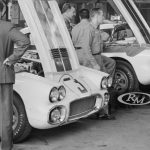 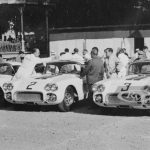