Horsepower wars make for happy customers. Even with more than 800 ponies under the hood, the Dodge Demon can’t stand up to the might of Hennessey’s Exorcist package for the Chevy Camaro ZL1, which throws down with a four-figure power upgrade specifically tuned for taking down the supercharged Dodge. Now, we’re getting an earful of the brutally fast Exorcist as it stretches its legs on Hennessey’s test track, all while some grinning new owners bask in the awesome.

From the factory, the Chevy Camaro ZL1 produces 650 horsepower and 650 pound-feet of torque thanks to its supercharged 6.2L V8 LT4 gasoline engine. That’s certainly a heady sum, but after the folks at Hennessey have their way with it, the LT4 throws down with a claimed 1,000 horsepower at 6,500 rpm and 883 pound-feet of torque, good enough for a run to 60 mph in 2.1 seconds and down the quarter mile in 9.57 seconds at 147 mph. Top speed is rated at 217 mph. 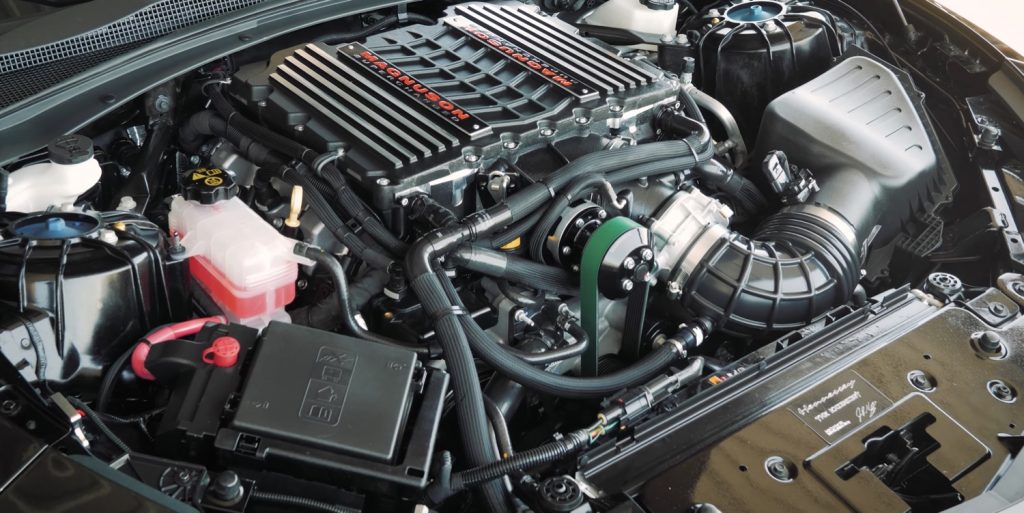 Put it all together, and this Chevy Camaro ZL1 is transformed into an absolute rocketship. That much is evidenced in the video, where we watch as the freshly upgraded muscle car takes to Hennessey’s test track for a first-impression ride with the happy new owners. After putting the hammer down the back straight, the Camaro hits 144 mph, prompting plenty of giggles and toothy grins from the passengers.

Check it out in the video below, and don’t forget to crank up the sound to hear that LT4 sing: