It’s critical to always stay alert behind the wheel, not only to stay in control of your own vehicle, but to watch out for other drivers as well. That much is clear watching the following video, which shows a GMC Terrain slamming into a highway retaining wall. 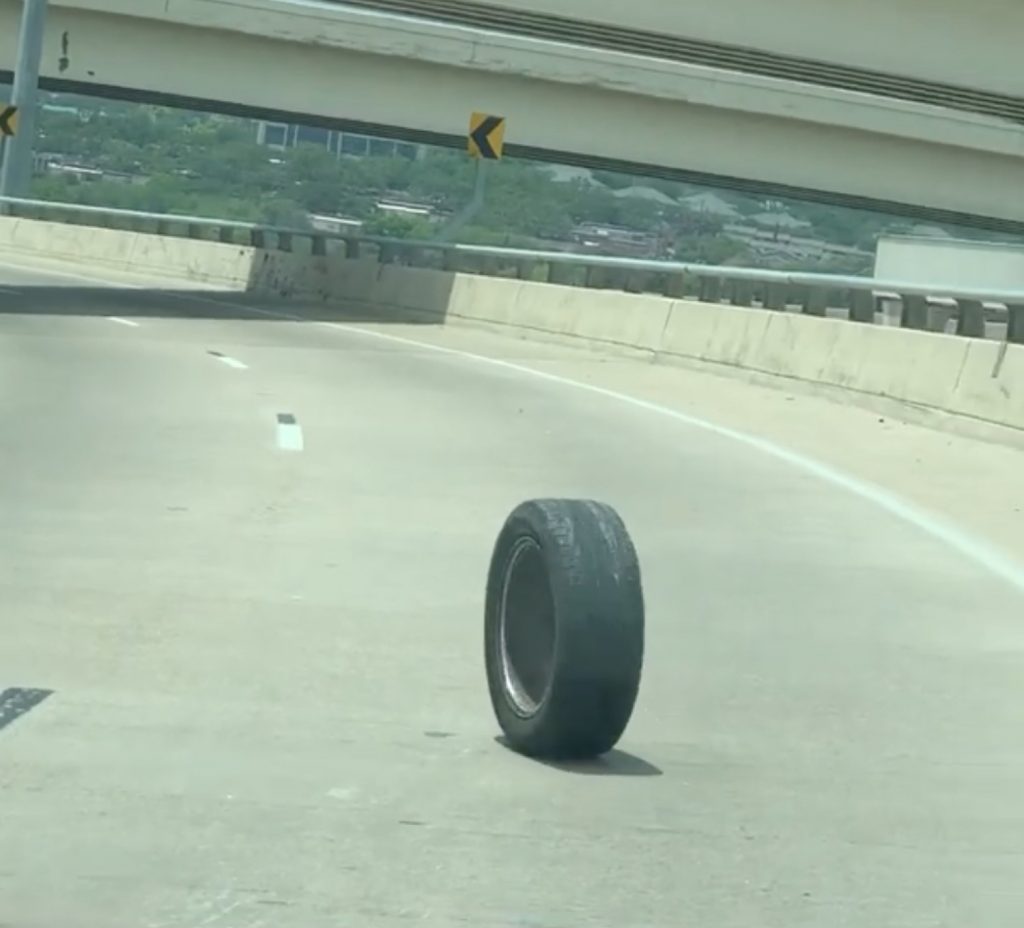 The video was recently posted online and depicts an incident that occurred in San Antonio, Texas, on May 14th, 2021. According to the description, the folks shooting the video were traveling on Interstate 10 around 2:00 in the afternoon when they noticed a GMC Terrain swerving though traffic. The folks followed, trying to determine if the driver was texting while driving, or perhaps having medical issues. As the Terrain went up an interchange, it plowed into the retaining wall.

The video opens with the chase car just behind the GMC Terrain as it hits the wall. It appears as though the driver doesn’t even attempt to turn through the bend, and instead heads straight ahead into the wall. The impact causes the front passenger-side wheel to fall off, which starts to roll down the interchange ramp. 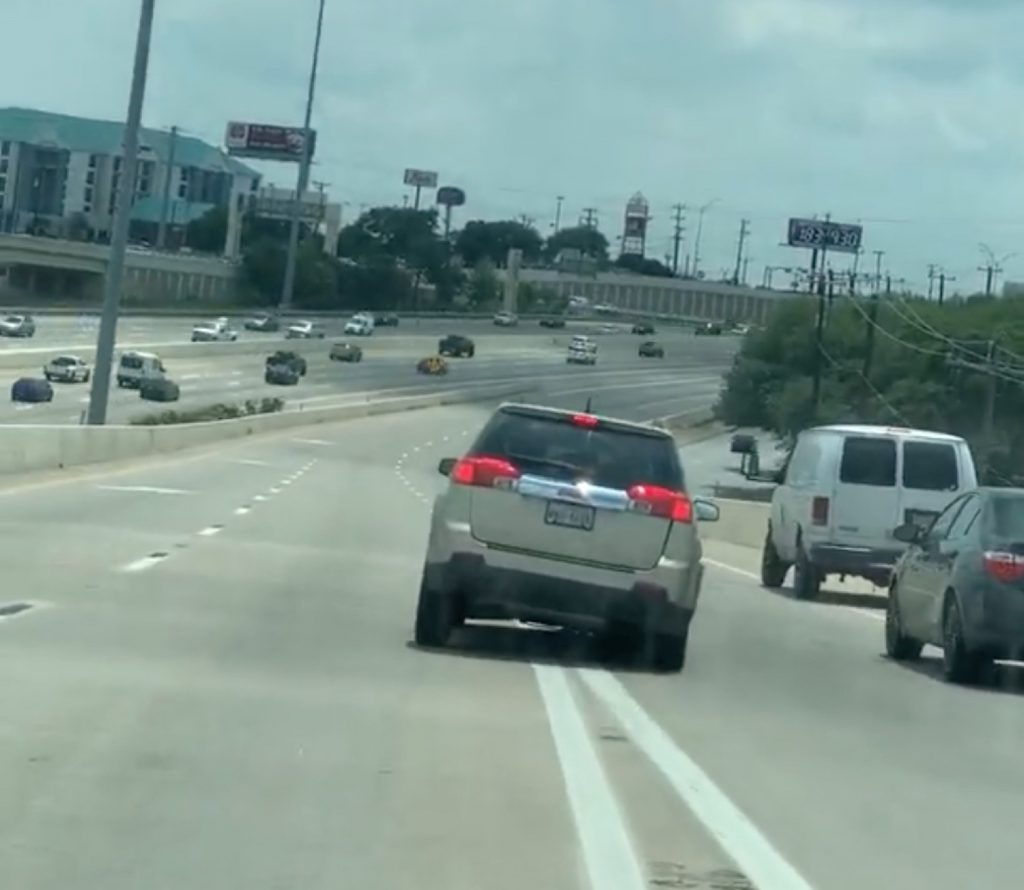 Rather than stopping on the shoulder, the driver in the GMC Terrain keeps driving down the ramp, eventually pulling in between two merging lanes. After a line of traffic passes, the crossover finally moves over to the shoulder.

At this point, the folks in the car following the crossover get on the phone with emergency services to report what’s going on. A passenger in the GMC Terrain then exits the vehicle and starts to look over the damage. 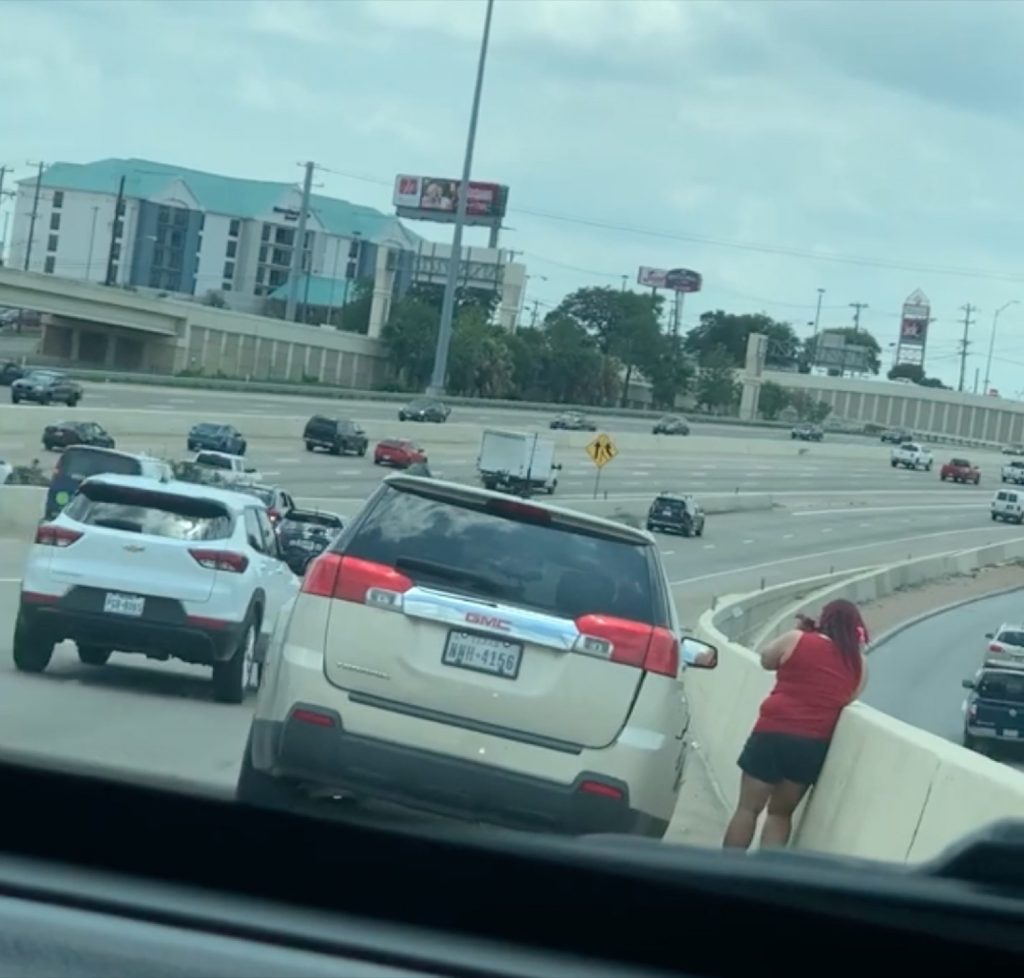 The way the passenger moves around the vehicle seems to suggest she isn’t totally sober (she’s also barefoot), which could explain why the crossover was weaving and failed to make the corner to begin with. Drugs and/or alcohol certainly seem like a strong possibility from her behavior.

Check it out for yourself. One word of warning, though – the video does include quite a bit of profanity, so if you’re sensitive to that kind of thing, be advised.