The General Motors design team has shared a never-before-seen sketch of the Chevy Sonic hatchback that was completed back in 2014. 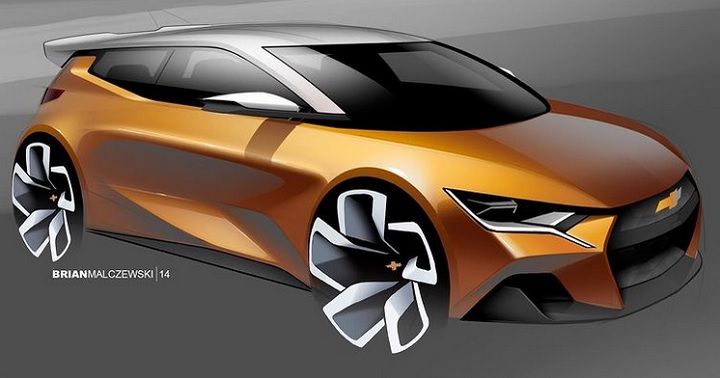 This design sketch was penned by GM Lead Exterior designer Brian Malczewski shortly after the second-generation Chevy Sonic (also marketed as the Holden Barina in Australia and New Zealand) was introduced in 2012. It’s possible that this sketch was completed as GM was developing the facelifted version of the Chevy Sonic, which was introduced for the 2016 model year, though GM Design didn’t provide any other background on the sketch’s history. It seems as though this sketch didn’t have that much of an influence on the facelifted Chevy Sonic, although it seems to influenced other Chevy small cars like the Onix based on the blacked-out grille and side intakes.

We actually would have liked for the facelifted Chevy Sonic to adopt more of the design cues seen in this sketch, such as the white contrasting roof, sporty rear wing, deep front splitter and LED headlights, but GM had a less dramatic transformation in mind for the mid-cycle Sonic. With GM now shying away from compact cars like the Sonic, it’s unlikely that there will be a third-generation model, so Malczewski’s sketch appears destined to remain just that – a sketch. That’s not to say we want the Sonic to go away, though. We think small, affordable and fun-to-drive hatches like the Sonic serve an important purpose in today’s vehicle market, even if the profit margins are low compared to crossovers, SUVs and pickup trucks. 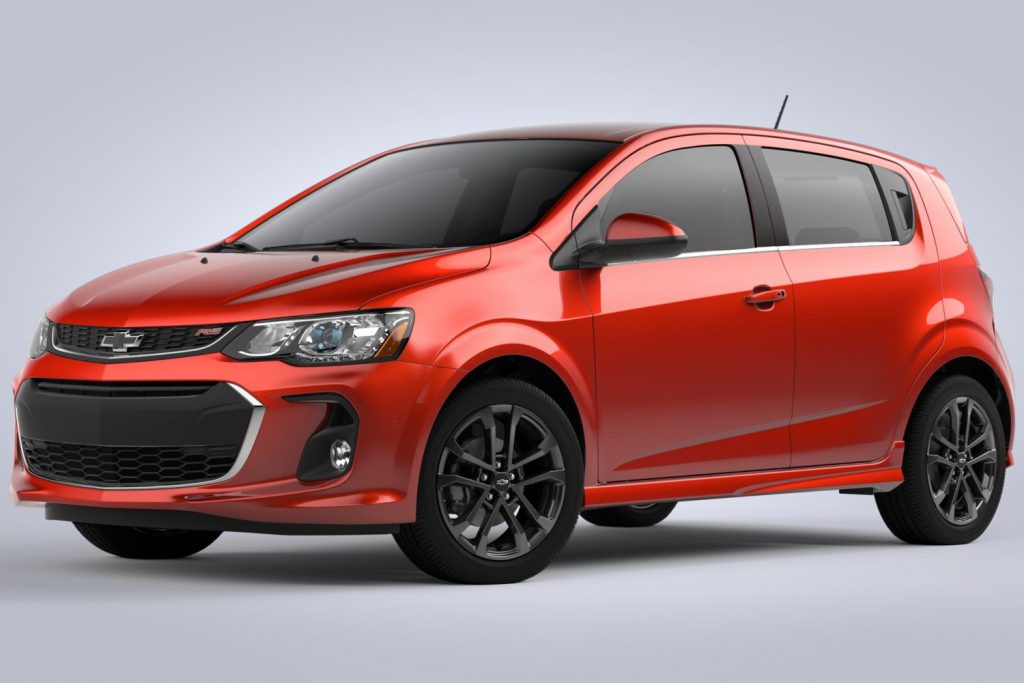 While the Sonic appears to be doomed, GM will have at least one small fun-to-drive vehicle to offer customers in the coming years in the way of the updated Chevy Bolt EV. The Bolt EV is a bit taller and bigger than the Sonic, but it makes up for it with an enjoyable electric powertrain producing 200 horsepower and a meaty 266 pound-feet of torque.

Let us know what you think of this Chevy Sonic sketch by voting or commenting below, GM fans.