The history of General Motors design has some fantastic high points to it, many of which came from the prolific George Camp. Now, we’re getting a blast from the past with the release of several gorgeous George Camp sketches.

Recently posted online to the official General Motors Design Instagram feed (@generalmotorsdesign), the sketches include five deliciously detailed concepts, all of which are worthy of ogling from GM fans. 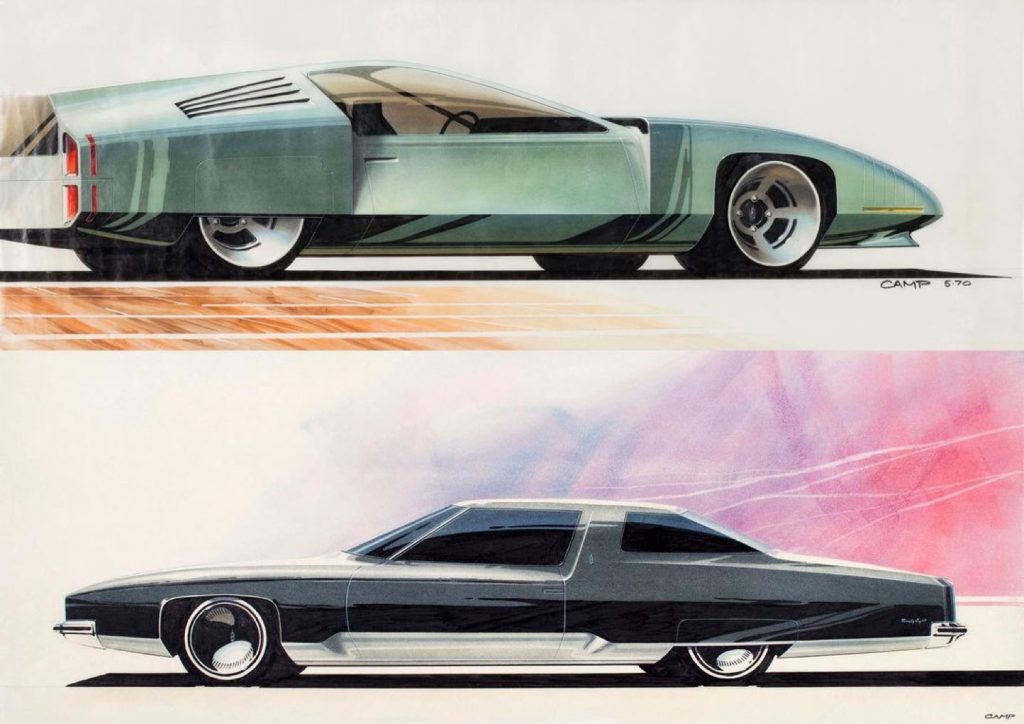 For those who may not know, George Camp worked at General Motors for nearly four decades, providing design work between 1963 and 2001. Born a true gearhead, Camp spent his younger years making car doodles, later attending the Art Center in Pasadena before starting his career at GM.

In the 38 years that followed, Camp worked on a wide variety of projects, from luxury vehicles to performance machines, and everything in between, including design work for Buick, Chevy, Cadillac, Pontiac, and Oldsmobile.

Now, we’re reliving some of Camp’s greatest hits with these sketches. For example, one of the drawings shows a bright orange Pontiac GTO Judge, which appears to hail from the early ‘70s. The front end, however, rocks a dual-headlamp setup, rather than the four lamps seen on the production model. We also spot the dual hood-mounted intakes, while the rear end rocks a massive blade-link spoiler that adds tons of attitude, a perfect fit for the hard acceleration the concept car appears to be undergoing.

Another standout is a wedge-like Chevy Corvette ZR1, which stands out thanks to its curvaceous lines and forward-leaning stance. The sharp front end and angular rear end look as though they provided inspiration for the fourth-generation F-body Firebird, but it looks even better in this wild concept.

All told, these General Motors Design sketches are sure to delight any lover of GM products, and in fact, any car lover in general.