Relevant study variables include things like timely communication, effective product development involvement, resolve payment issues timely, and buyer accessibility, among others. In addition to surveying relations for General Motors, the study also looks at OEM-supplier relations with Stellantis, Ford, Honda, Nissan, and Toyota, which collectively make up 60 percent of the annual buy from Tier 1 suppliers. 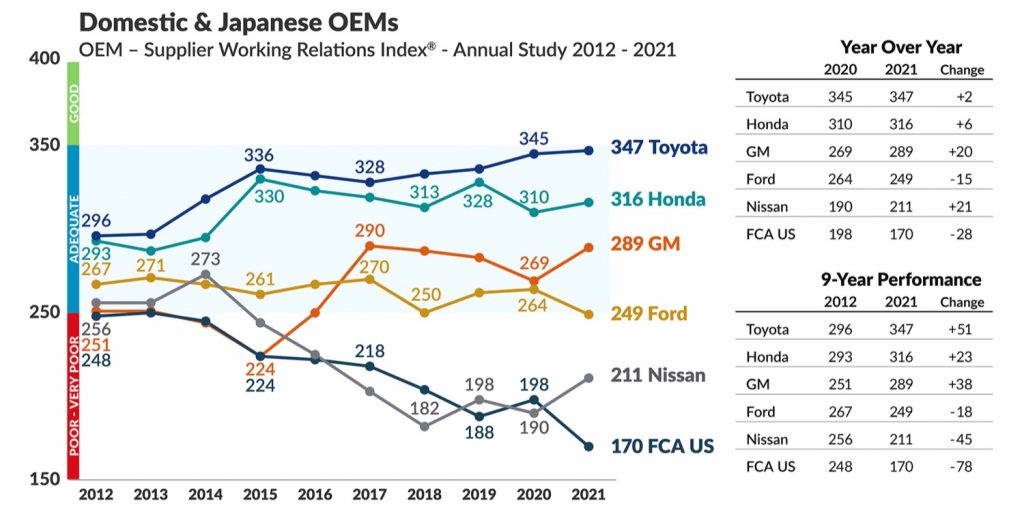 Toyota ranked first in this year’s study, marking its eleventh straight year at the top of the list.

General Motors, as well as Nissan, had the highest overall points gains year-over-year, with GM posting a 20-point gain, up to 289 points versus a score of 269 points in 2020. Meanwhile, Toyota scored 347 points to secure first place, Honda scored 316 points to secure second place, and Ford scored 249 points for fourth place. At the bottom of the list was Nissan and Stellantis (formerly FCA) with 211 points and 170 points, respectively. 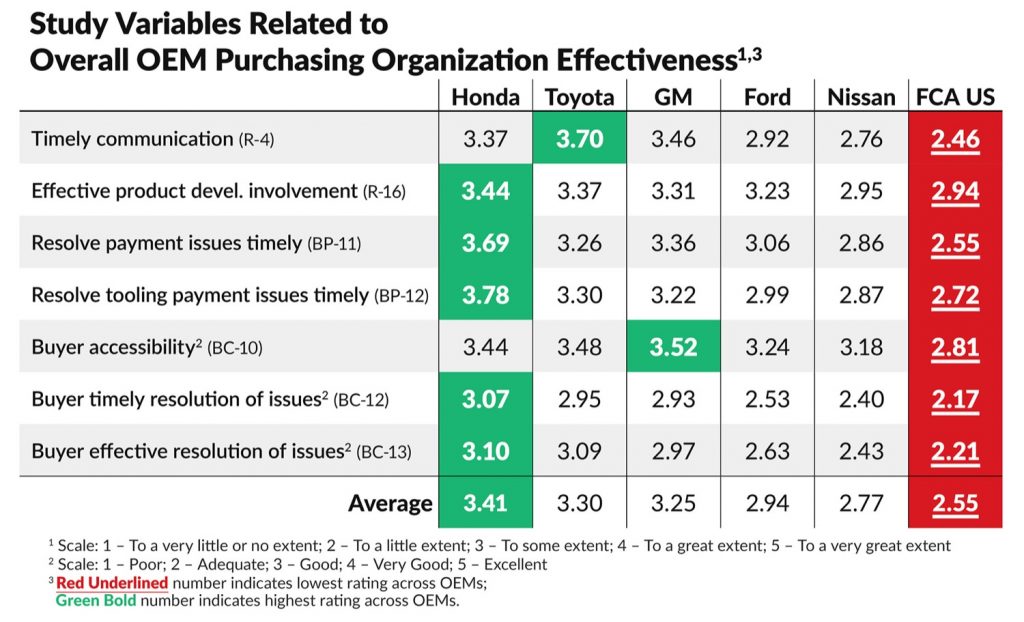 Andrea also noted that in response to the COVID-19 pandemic, OEMs pushed for greater digital communication. “Without a doubt, OEMs’ additional resources committed to communication and information-sharing showed up in improved trust, a vital driver of the WRI study,” Andrea said.