For car people, few things in life are more fun than the idea of stuffing a powerful engine into a much smaller vehicle than it was intended to propel. That is exactly the kind of fun you can expect from this Chevy LUV pickup that has had a potent 350 cubic-inch Small Block crammed under the hood. 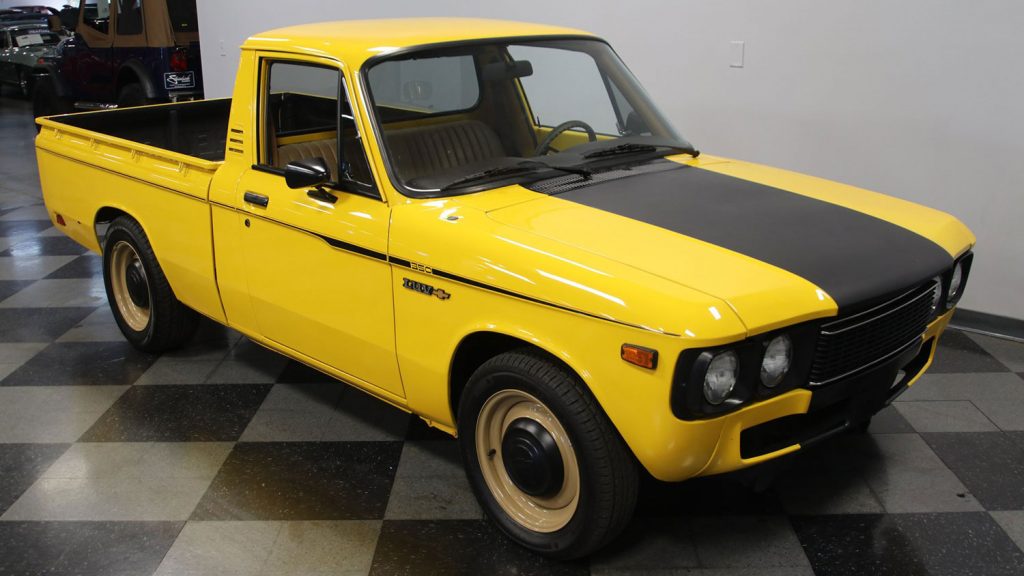 First, let’s review a little LUV history. The first year of Chevy LUV (Light Utility Vehicle) production was 1972. The LUV was a re-badged Japanese-market Isuzu Faster compact pickup intended to compete in the US with the Mazda-based Ford Courier, Datsun 620, and Toyota Stout/Hilux in the then-burgeoning mini-truck market. The first-generation LUV was produced from 1972 to 1980, with a standard 1.6-liter inline four backed by either a four-speed manual or three-speed automatic. 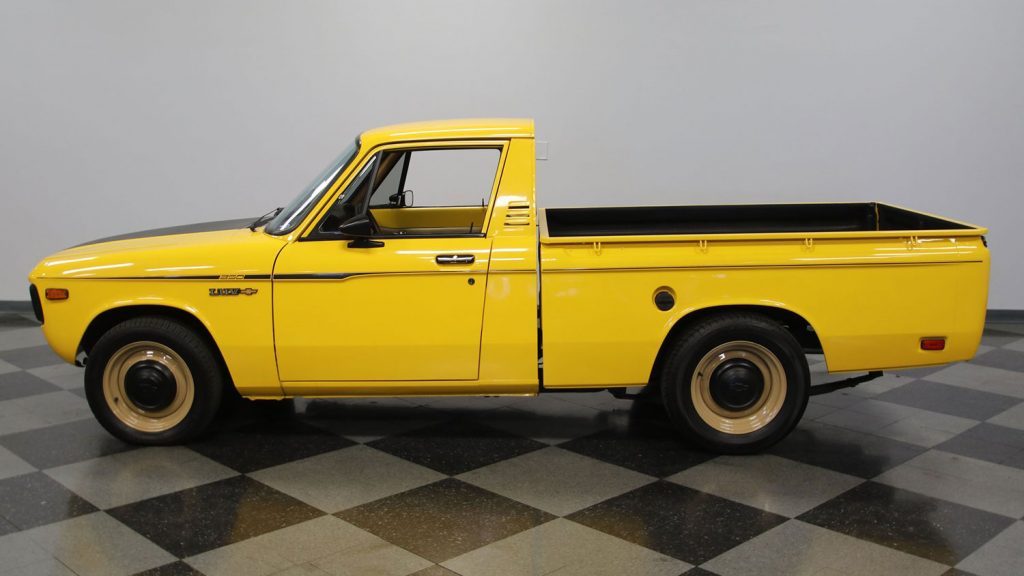 Our feature Chevy LUV is no longer graced by its original inline four, but has become the Hulk version of its former self by way of a comparatively monstrous 350 cubic-inch Small Block V8 stuffed under the hood. This new powerplant displaces more than three times that of the original, and likely yields more than four times the original engine’s 67 horsepower. The installation looks to have been well done, with a tidy result. The Small Block is backed by a Turbo-Hydramatic three-speed automatic transmission. The LUV also has power brakes to reign in the V8. An Optima Yellow Top battery has been fitted. 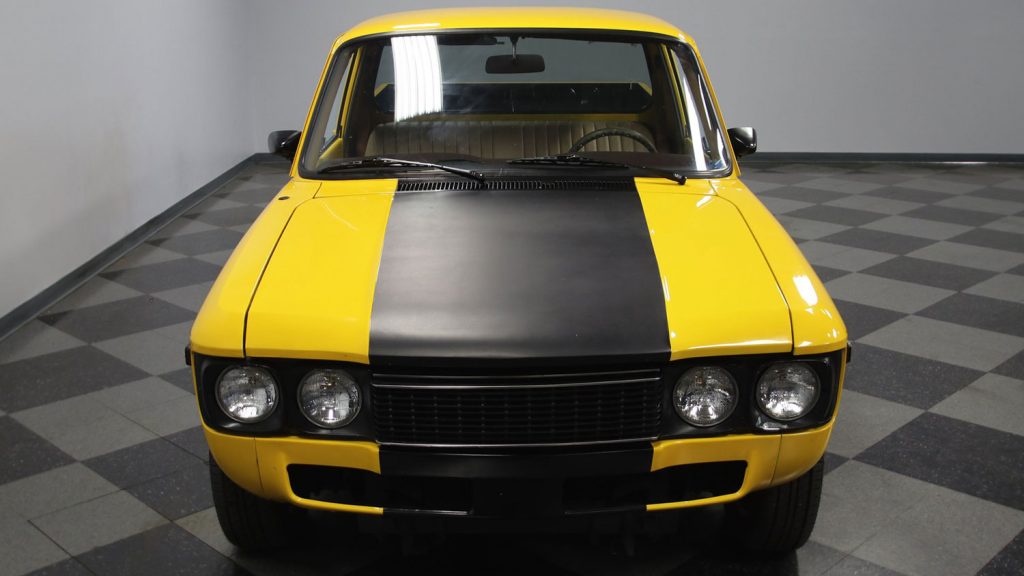 The exterior of the Chevy LUV sports an eyeball-searing yellow and black paint scheme. The hood and lower front valance (the front bumper has been removed for a smoother look) both have a broad black stripe running vertically through them. The grille, headlight trim rings, and other trim are all blacked out. Black accent stripes run horizontally down the sides of the LUV, with a “350” script on the front fenders. The bed has been covered with a black spray-in bedliner. Steel Wheel Vintiques wheels have been painted a dark khaki color, and are topped with black dog dish-style hubcaps. 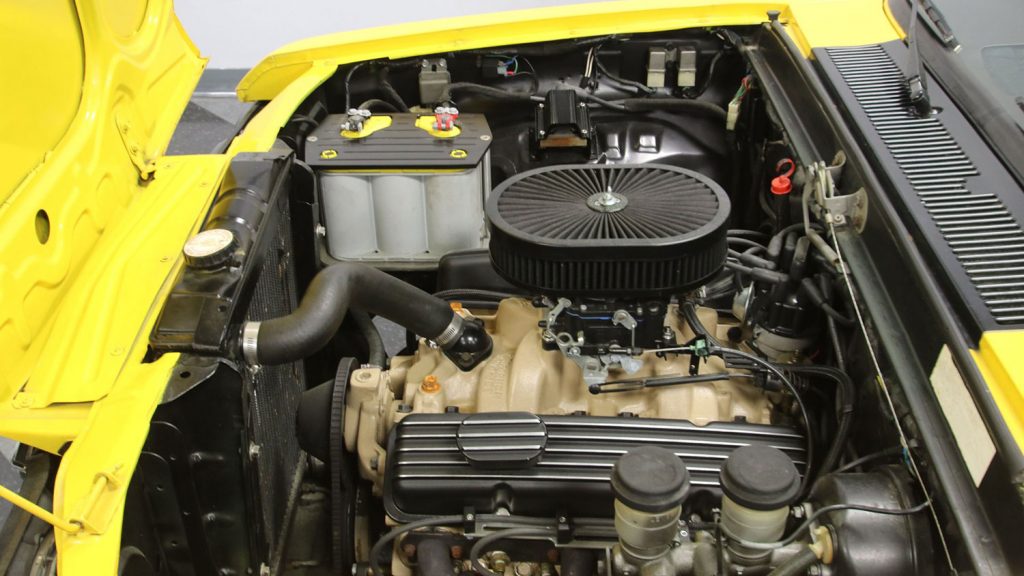 Inside the cab of the Chevy LUV is home to a bench seat covered in tan vinyl, a wood-rimmed Grant GT steering wheel, floor shifter, and Dolphin gauges. Windows are manual, as are the locks. No radio is visible, but it is unlikely you would be able to hear it over the Small Block’s dual exhaust roar. 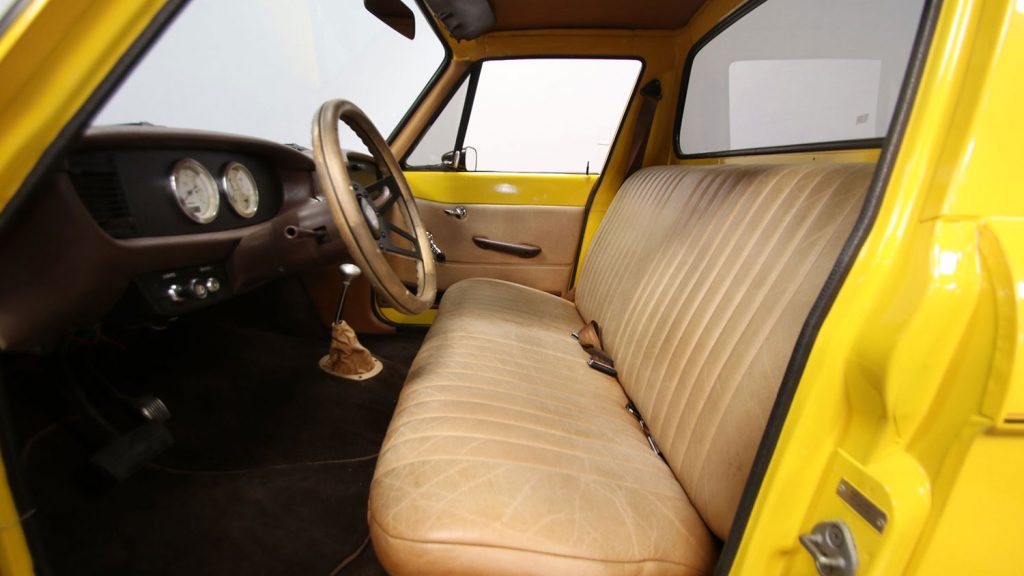 This fun, funky, and possibly beastly Chevy LUV is for sale at Streetside Classics for $23,995.

Be sure to subscribe to GM Authority for more Chevy LUV news, Chevrolet news and around-the-clock GM news coverage. 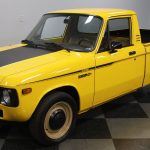 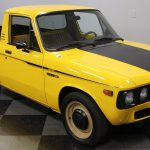 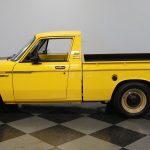 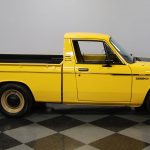 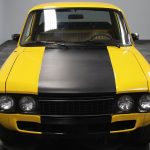 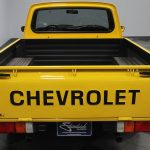 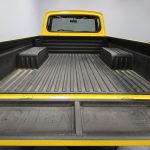 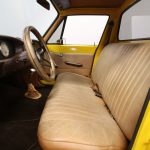 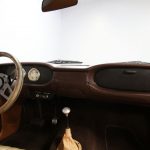 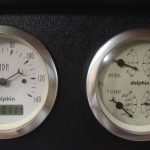 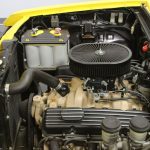 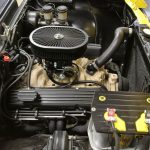 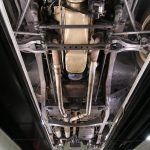