General Motors reintroduced the Chevy Blazer for the 2019 model year, resurrecting the nameplate as an all-new midsize crossover utility vehicle. Fans of the original Blazer voiced their displeasure over the new Blazer’s unibody construction, which falls out of step with the preceding model’s body-on-frame design. Now, however, one digital artist is reimagining the new Blazer as a full-size, droptop SUV. 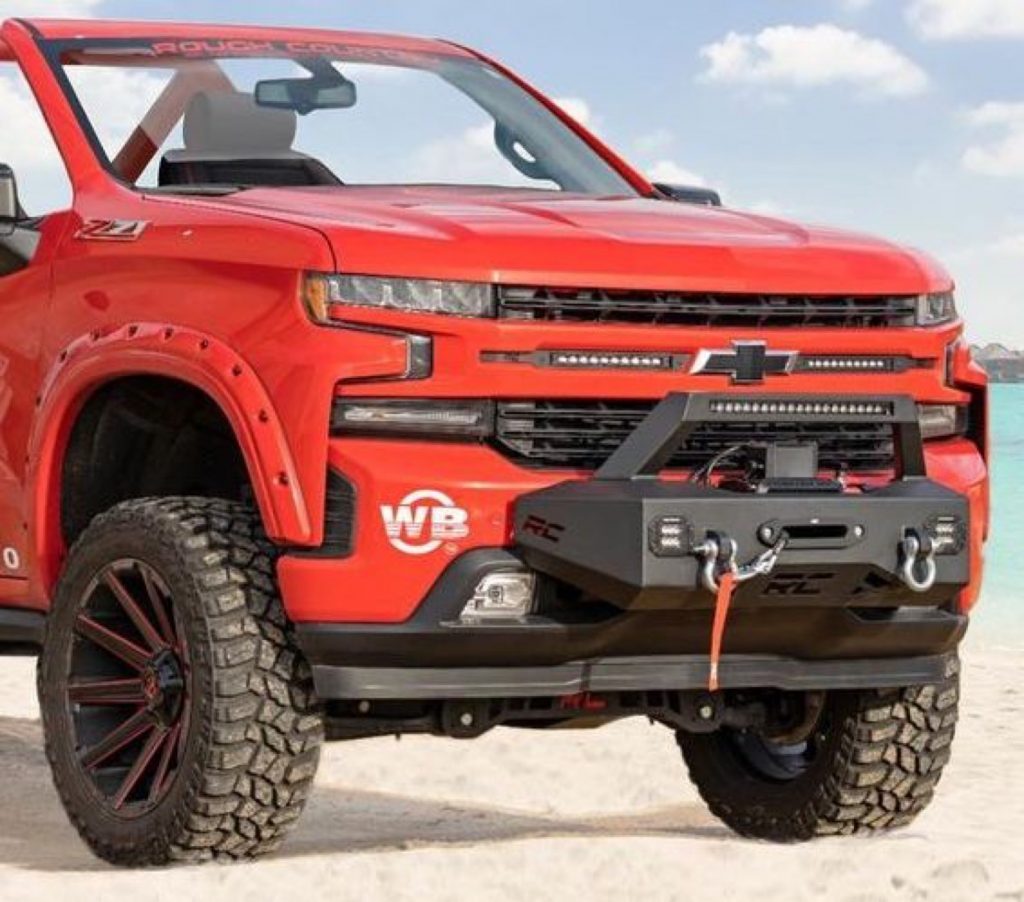 Coming to us from Instagram user @wb.artist20, this full-size Chevy Blazer SUV rendering is based on the Chevy Silverado 1500, and includes the pickup’s familiar front fascia, rocking narrow lighting elements in the corners flanking a central grille with a prominent central dividing bar and Bow Tie badge. The front end also sports the Rough Country EXO winch mount system, which is peppered with LED lighting above and in the sides.

The profile of this rendering is arguably the most interesting part, showing off a two-door convertible body style. The doors are long, leading to a short rear cargo section. With the roof removed, the occupants get plenty of fresh air and blue sky, exposing the cabin space to the elements for those care-free vibes. A rear roll bar helps to keep it safe, while also balancing out the profile aesthetics. 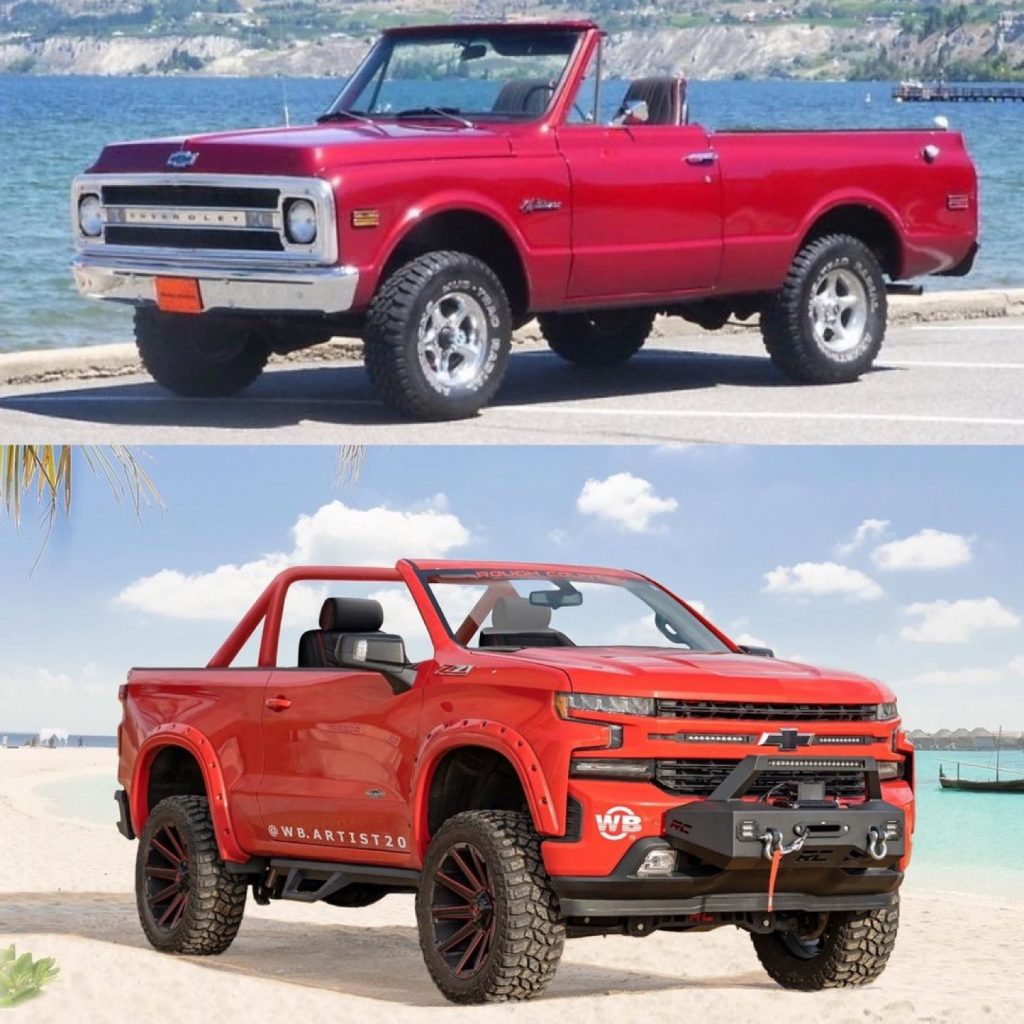 In the corners, we spot a set of riveted fender flares and large aftermarket wheels wrapped in off-roading rubber. A black step-up eases ingress and egress with the tall ride height.

In addition to seeing this Chevy Blazer SUV rendering, the social post also includes a shot of a retro roofless rig, as well as the modern Chevy Silverado that provided the base image. 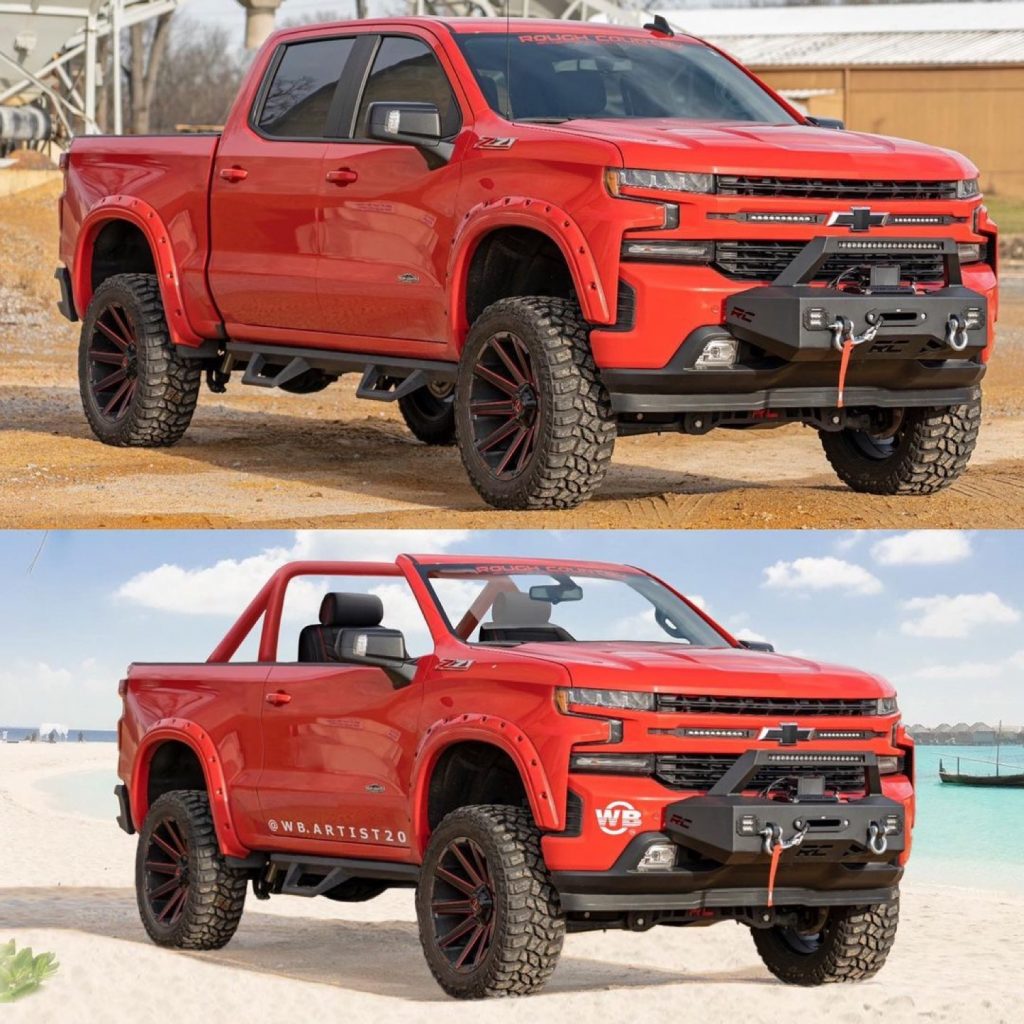 Set on a sandy beach with crystal-blue water behind it and inviting blue skies above it, this Chevy Blazer SUV rendering looks like it would be an absolute blast to cruise around in. Check it out for yourself in the post below: