Ford is reportedly working on a twin-turbocharged version of its Godzilla V8 engine that it currently offers in the F-Series Super Duty line of trucks. 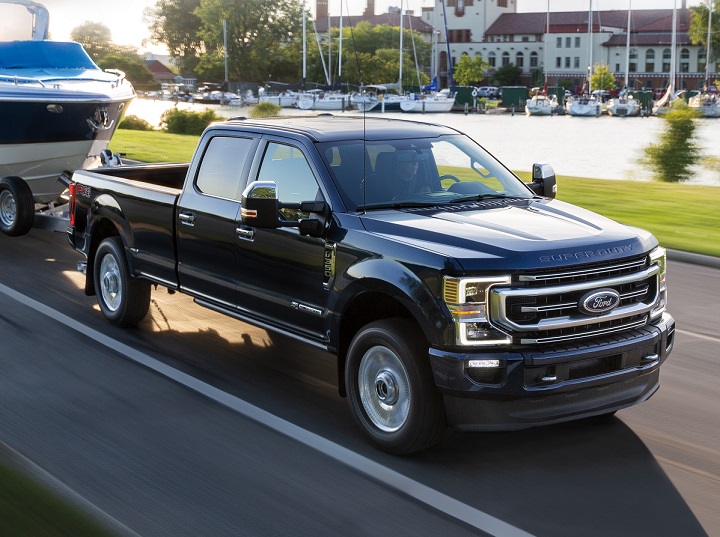 The Godzilla V8, which is also available as a crate motor, is a naturally aspirated, pushrod V8 engine with a whopping 7.3L of displacement. The engine was introduced to the F-Series Super Duty lineup as an indirect replacement for the automaker’s 6.8L Modular V10 engine and is rated at 430 horsepower and 475 pound-feet of torque in its highest state of tune. 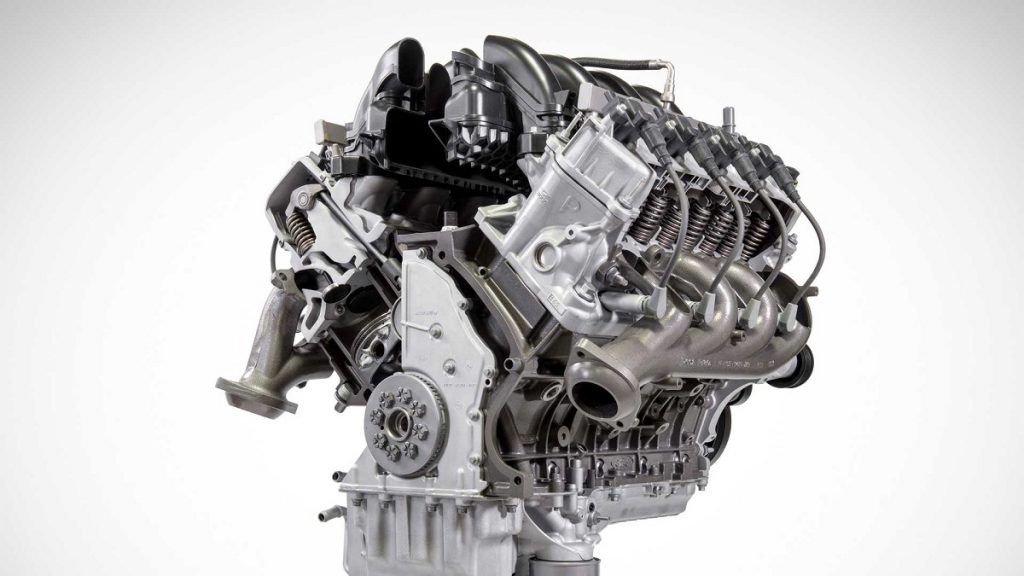 According to our sister site Ford Authority, the Blue Oval is now experimenting with a twin-turbo forced induction setup for the Godzilla V8 engine. Very little is known about this new twin-turbo V8, but Ford Authority’s sources say the boosted eight-cylinder is being tested in at least two different Ford Super Duty test prototypes and describe the engine as a verifiable “monster.” The sources also say these prototype trucks can be easily identified as they have unique heat shields on each corner of the front end, along with a modified hood treatment, although photographers have yet to catch them out in public. 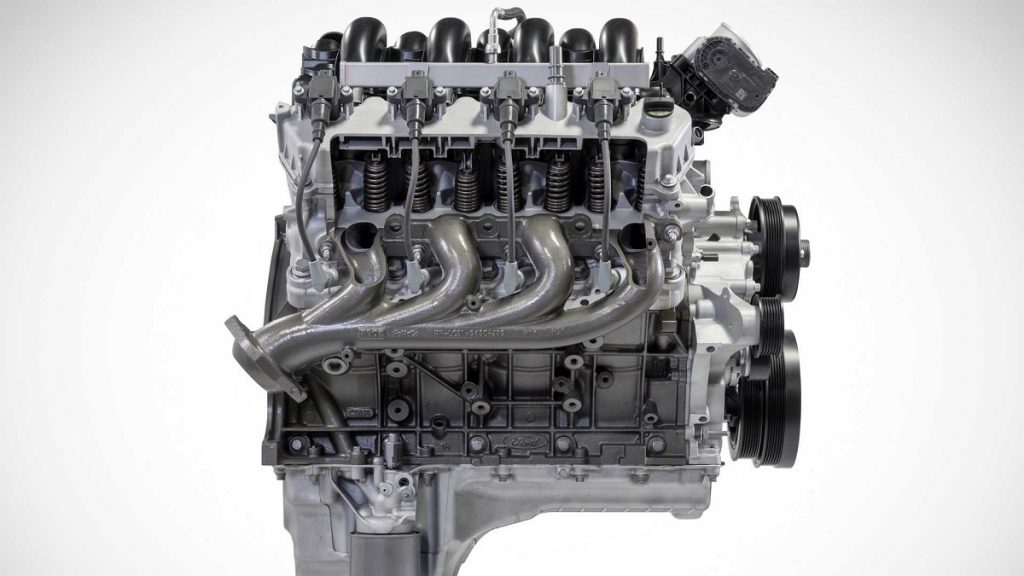 As stated above, the 7.3L Godzilla V8 produces 430 horsepower and 475-pound-feet of torque in certain F-Series Super Duty models, though less powerful and more eco-friendly versions of the heavy-duty engine are also available in the E-Series cutaway and F-600, as well as the F-650 and F-750 heavy trucks. It’s safe to say the twin-turbo version of the engine would have over 430 horsepower, but it’s not clear how much more power it may produce, or what kind of vehicle application it may be used in. GM should keep its eyes peeled for more information on this front, though, as this Ford-built pushrod engine has the ability to steal some of the thunder from its own push rod Small Block V8s like the 6.2L L87, for example.

We’ll keep a close eye on this story as (or if) more information comes to light, so be sure to subscribe to GM Authority for more GM-related Ford news and ongoing GM news coverage.