This Cognito Motorsports lift kit promises to raise the front ride height of T1-platform HD trucks by a massive seven inches and the rear ride height by five inches. The standard version of the kit includes a Congito Block and U-Bolt Kit for the rear end, Fox 2.0 Performance Series monotube shocks, SM Series compression struts and stainless steel extended brake lines. The kit also features an integrated front skid plate that ties the front and rear cross members together for both “unmatched front-end rigidity,” Cognito says and additional underbody bash protection. A performance version of the kit is offered as well, which trades the monotube shocks for a set of Fox dual-reservoir units. 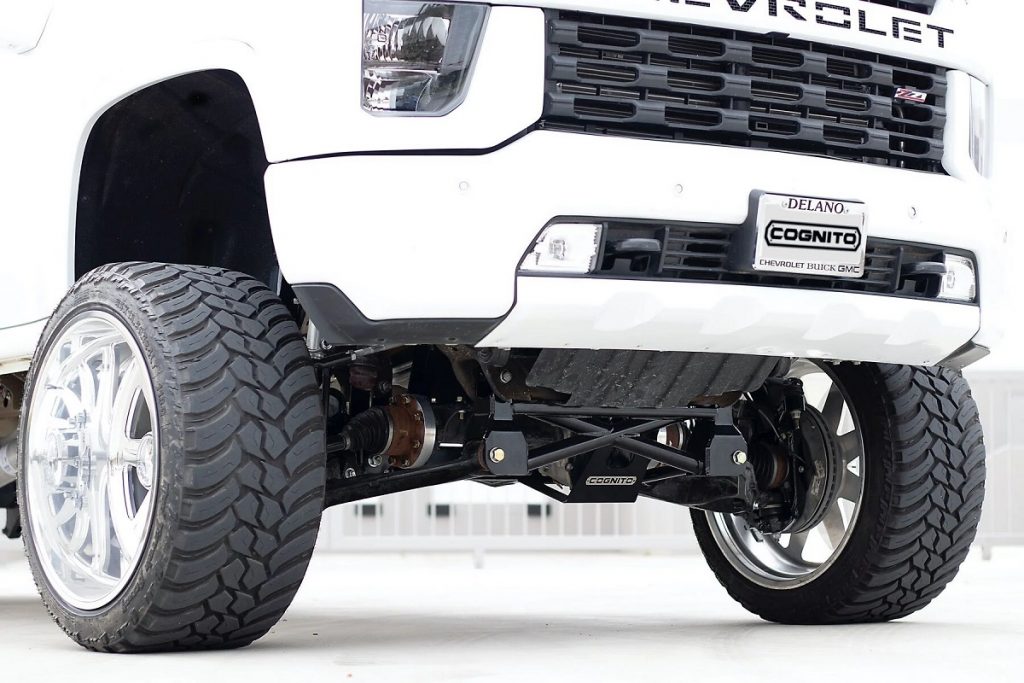 This setup will enable Chevy Silverado HD or GMC Sierra HD owners to install a 37 x 12.5-inch tire on a 10-inch wide wheel, Cognito says, whilst retaining 4.75-inches of wheel backspacing. The company also promises the kit will maintain “adequate droop travel,” when installed, which refers to the distance a shock travels between when it is fully loaded and unloaded. This ensures the truck will still have a decent degree of ride comfort despite the aftermarket suspension and massive seven-inch lift. 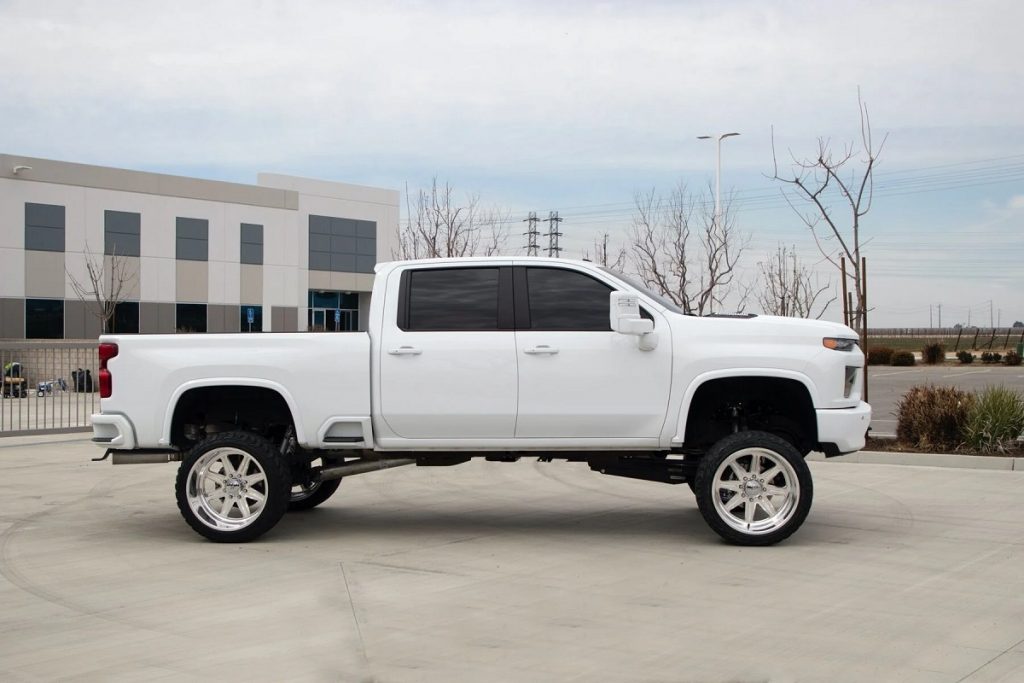 Cognito Motorsports says this made-in-the-USA kit takes around 13 hours to install. Unless the buyer has experience installing and setting up heavy-duty truck suspension, we’d probably suggest hiring a professional to install this kit, as this will ensure the kit performs as intended. It’s also priced from a rather expensive $3,623, so anyone who can afford to buy it probably has the cash to pay a pro to throw it on their Chevy Silverado HD and GMC Sierra HD, too.