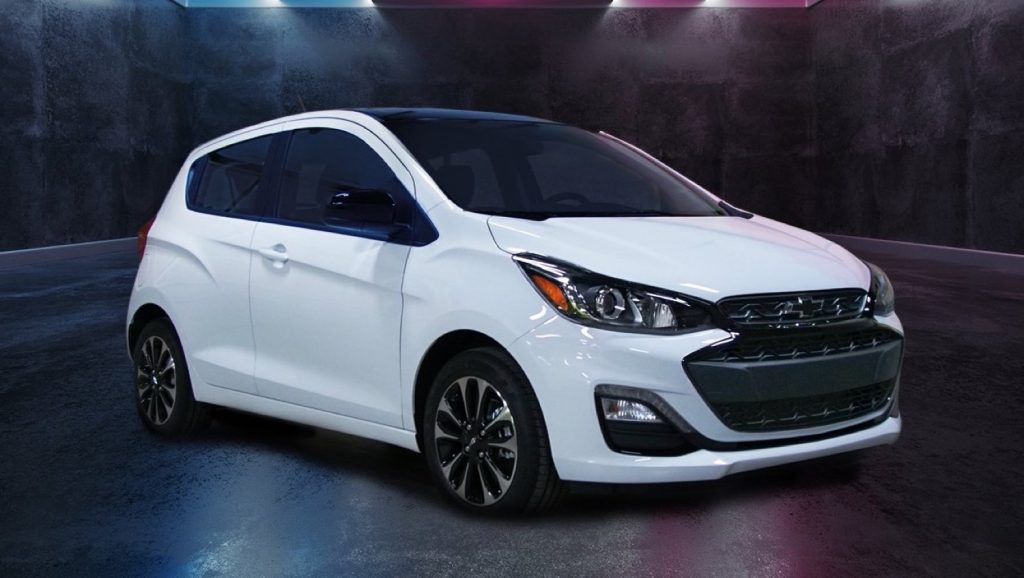 The awards were issued by automotive data analytics company We Predict, and coincided with the organization’s inaugural Deepview True Cost report. The report, shared earlier today, measures service and warranty costs as compiled from service records, with a focus on money spent by owners and manufacturers on 2021 model-year-vehicles after the vehicle in question had spent three months on the road, thus revealing the models with the lowest overall service costs.

The inaugural report is based on records from more than 801,000 vehicles across 306 models, with 1.6 million service or repair orders studied.

The report identified vehicles in 21 segments, including the Chevy Spark in the small car category. The report also recognized the Chevy Bolt EV in the non-premium electric vehicle segment.

According to the report, the average cost for vehicles recognized in the Small Car segment was between $7 and $19. Segment winners also include the Hyundai Accent and Hyundai Kona. To note, the industry average cost per vehicle among non-premium brands was $42, with Chevrolet as a whole set at $83, and GMC as a whole set at $132. 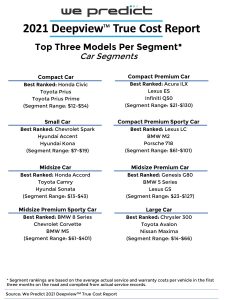 Courtesy of We Predict

“We’re excited to launch this first report that is based on millions of actual service records, rather than on customer-reported problems,” said We Predict founder and CEO James Davies. “Vehicles that have low service and warranty costs at three months tend to have low costs at three years. Our predictive analytics show that problems incurred in the first three months of service often indicate how the vehicle will perform over its lifecycle. Vehicle quality doesn’t get better with age.”

The report also points out that higher service and warranty costs do not necessarily indicate more mechanical problems. Rather, a vehicle could have fewer problems on average, but higher overall costs due to high prices for repair components or labor.

Other noteworthy insights from the study include the finding that repairs made up 77 percent of service visits in the first three months of ownership, with just 8 percent for maintenance. The study also found that service costs for EVs ($123) were more than double those for gasoline-powered vehicles ($53), and almost triple the repair costs for hybrids ($46).