Chevy has released the original sketches that helped guide the automaker as it designed the 2021 Corvette Convertible Indy 500 pace car. 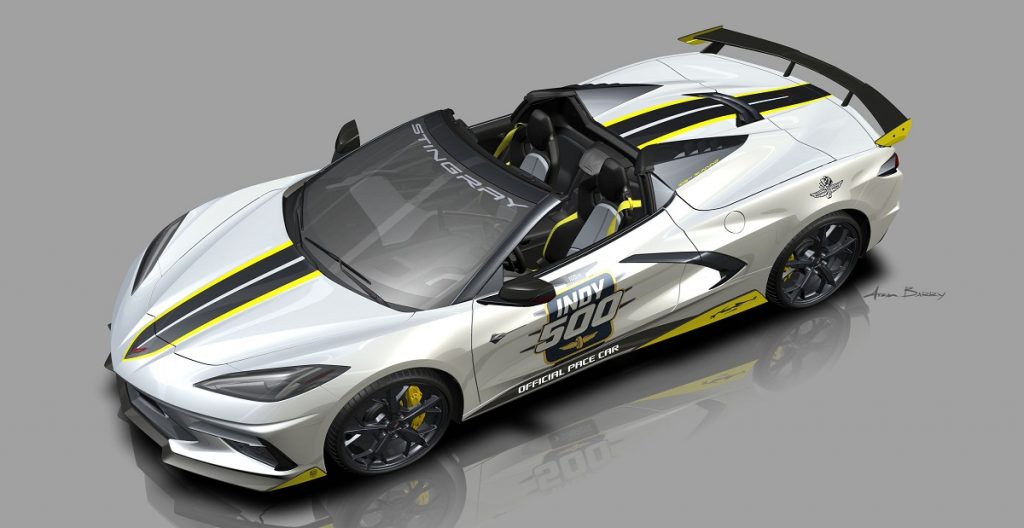 These design sketches were originally penned by Chevrolet designer Adam Barry, who was also responsible for designing the Chevy Camaro Shock and Steel Edition, which was introduced for the 2020 model year. 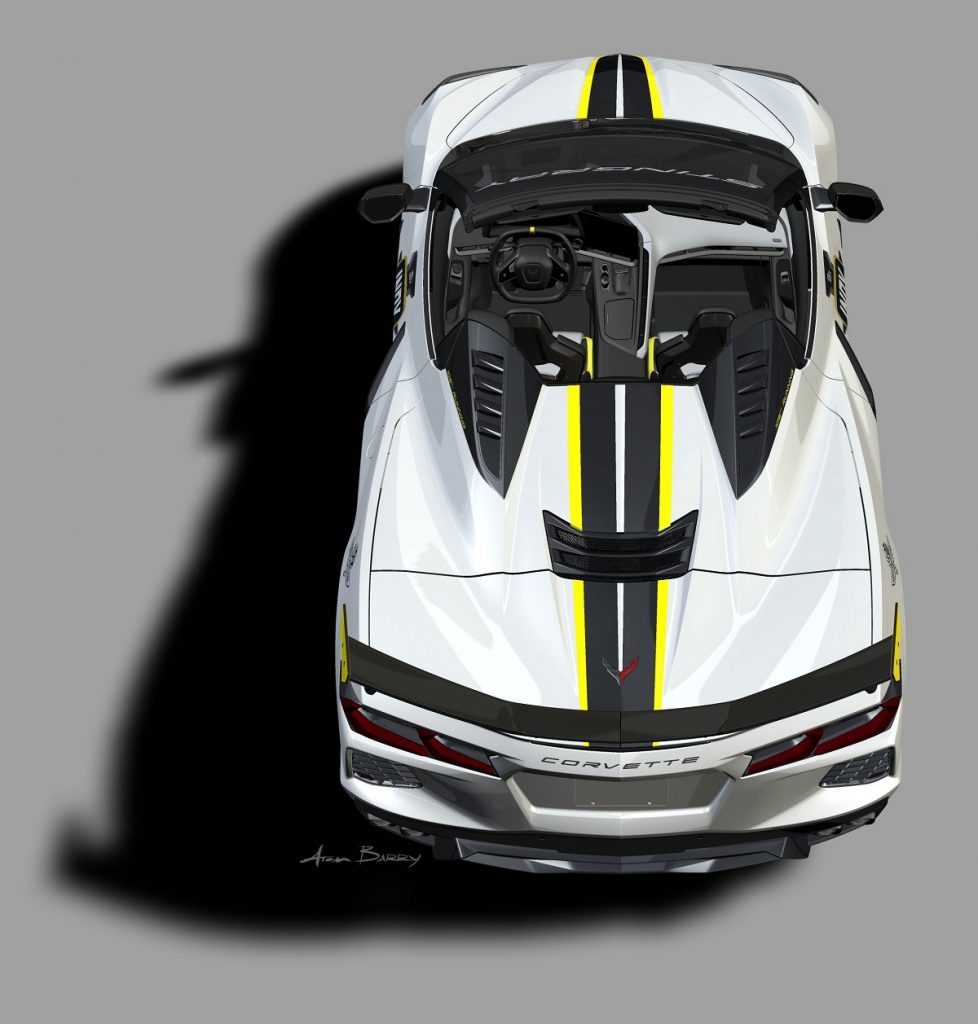 Barry’s 2021 Corvette Convertible pace car design has Arctic White paint, a Sky Cool Gray/Strike Yellow interior and Indy 500-branded decals on the doors. Barry also designed unique safety strobe light housings for the vehicle, which are integrated into the Corvette Convertible’s roof nacelles and provide a “custom touch with full functionality,” the automaker says. Other notable touches include a Stingray silhouette sketch on the side ground effects elements and various Strike Yellow painted exterior accents and components. Additionally, the 2021 Corvette Convertible Indy 500 pace car is the only C8 Corvette model to feature the Corvette crossed flags on the rear decklid, which sits in place of the Stingray badge on the production model. 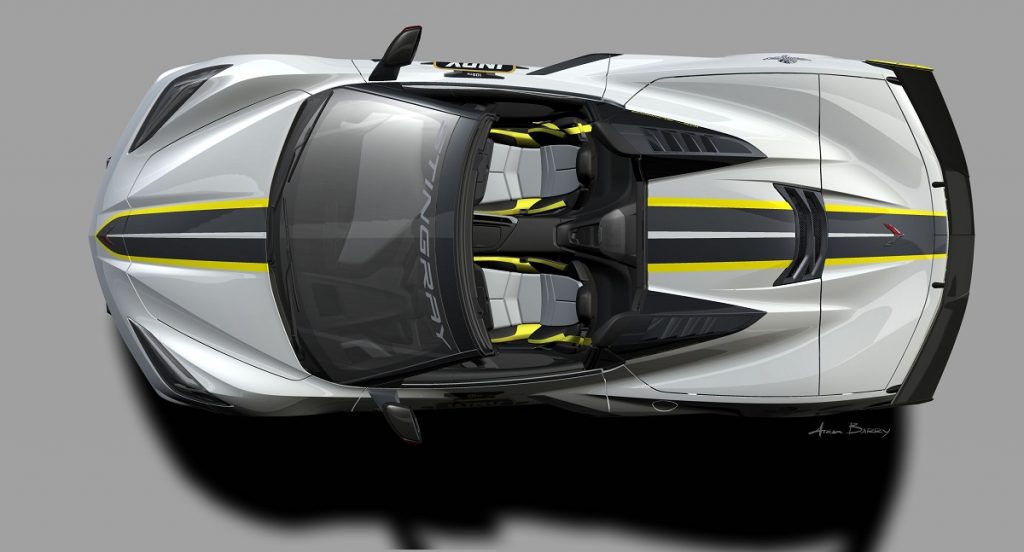 The 2021 Corvette Convertible Indy 500 pace car was piloted by IndyCar race winner and former NASCAR driver Danica Patrick. The 39-year-old did double duty at this year’s Indy 500, also serving as a studio analyst for NBC’s live coverage of the 500-mile race, joining host Mike Tirico and fellow analyst Jimmie Johnson in the booth. Patrick, a native of Roscoe, Illinois, also holds the record for the most Indy 500 laps led for a female driver at 29. Her last Indy 500 start came in 2018 in Ed Carpenter Racing-prepared Chevy equipment and unfortunately ended with her crashing out of the race on Lap 68. 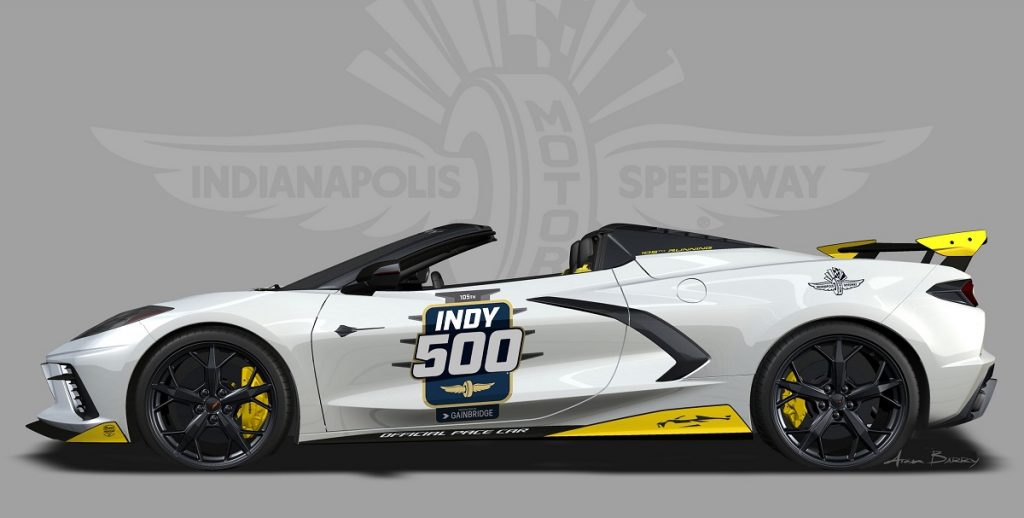 The 2021 Indy 500 was won by Meyer Shank Racing’s Helio Castroneves, who beat Chip Ganassi Racing’s Alex Palou in a thrilling late-race battle to take his fourth win at the legendary 2.5-mile oval.