One of the very first modifications new car owners make is install a performance exhaust system, adding a little extra power and a whole lot more noise for a more exciting experience behind the wheel. Naturally, the release of the new C8 Corvette has prompted aftermarket tuners to release a bevy of new exhaust kits for enthusiasts, and now, we’re getting an earful of MBRP’s latest three-inch system for the mid-engine Chevy. 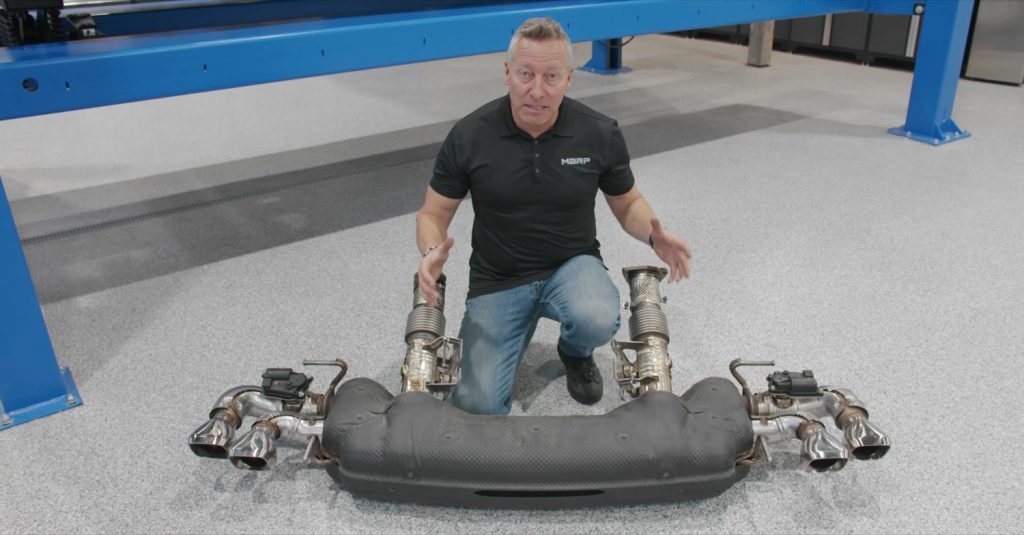 Featured in the following three-minute, 20-second video, the new MBRP system is a replacement for the factory muffler, bolting in for a complete cat-back solution. The video opens with a look at the factory C8 Corvette exhaust system, which, according to the video host, weighs in at 75 pounds.

After going over the various features of the factory exhaust, the video then moves over to a C8 Corvette on a lift, where we see the rear of the mid-engine sports car with its bumper removed, giving us a clear view of the newly installed MBRP exhaust system. According to the video host, the new exhaust remains emissions compliant, placing the cats in the factory location. The actuators are also bolted back in place, although the new exhaust is a “non-active system” in that regard. 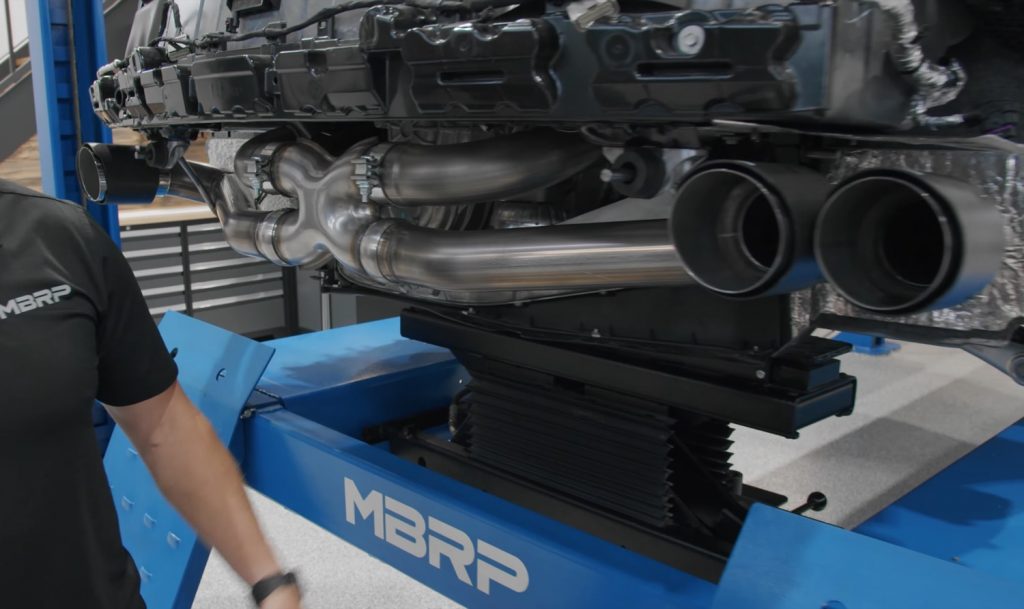 The three-inch pipes include mandrel-bent curves, with a high-flow X-pipe located in the middle. Spent gasses are then routed through further three-inch piping, finally exiting through quad rounded tips located in the corners of the lower fascia. The factory exhaust mounting locations are retained.

With carbon fiber tips adding a dash of custom flair to the setup, this new C8 Corvette exhaust system looks great, and it sounds good too, as evidenced later in the video where we get an earful of the modified sports car under acceleration.

Check it out for yourself by hitting play.