Vauxhall was the General Motors U.K. brand from 1925 to 2017. In this series we are looking at one model in the magnificent Vauxhall Heritage Collection representing each decade of the GM era. Our choice for the 2000s is the Vauxhall VX220.

The Vauxhall 30-98 – designed before the first World War and discontinued in 1927 – is sometimes referred to as an early example of a sports car. No other production Vauxhall of the next seven decades could be described in that way. The Firenza Droopsnoot and Lotus Carlton were high-performance sedans, and cars like the Astra GTE were what are known in the U.K. as hot hatches. The true sports cars were all concepts, such as the Vauxhall XVR of 1966. But then, at the turn of the century, came the Vauxhall VX220, which met every possible definition of the term ‘sports car’. 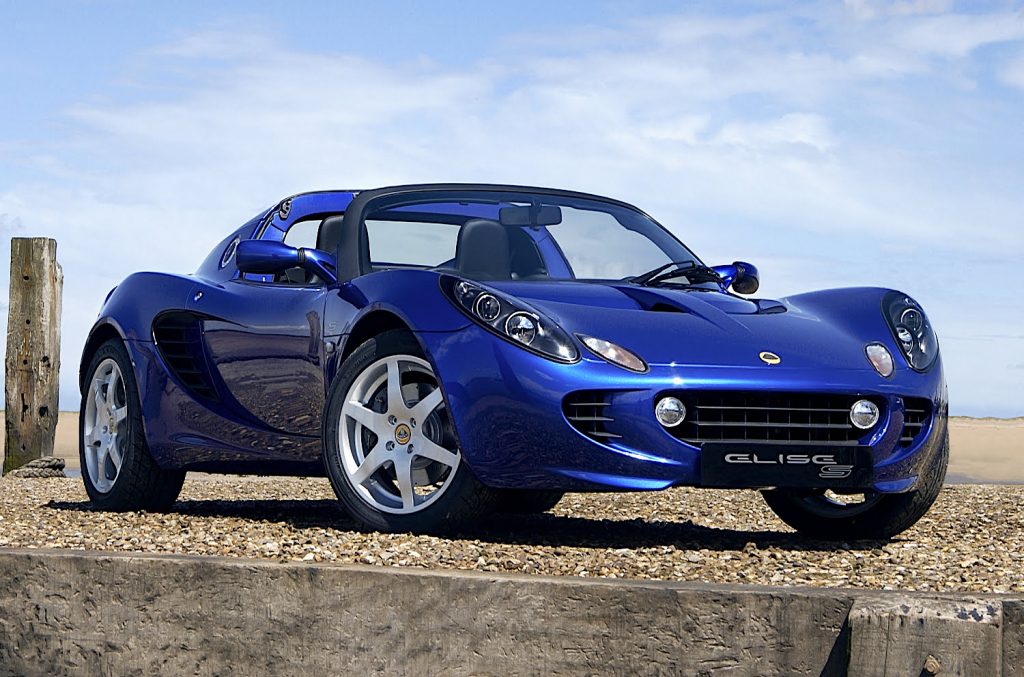 Although Vauxhall was by now doing little other than selling rebadged German Opels, the VX220 was largely a British model, very closely related to the second-generation Lotus Elise. The first Elise, launched in 1996, had been very impressive, but it would not meet 2001 model year European crash regulations. Creating a Series 2 version would be prohibitively expensive, so Lotus teamed up with General Motors, which had once owned the smaller company and still had a good working relationship with it.

Both parties agreed to a deal in which GM would partly fund the cost of developing a new Elise and have the right to design its own version, which Lotus would build. The result was a car sold in the U.K. as the Vauxhall VX220 and elsewhere in Europe as the Opel Speedster. 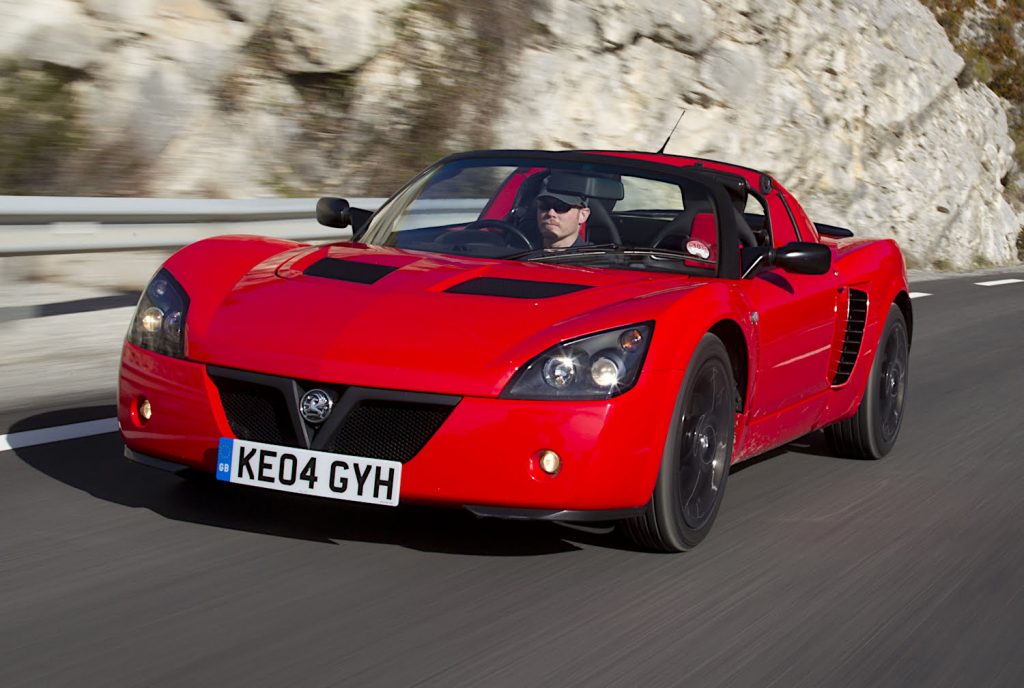 The new model represented an almost shocking change of direction for both brands. The two-seat, mid-engined layout, the bonded aluminum chassis, the double wishbone front and rear suspension, the fiberglass body panels and the detachable Targa top all seemed natural for a Lotus, but there was no precedent for any of them in a Vauxhall or Opel sold to the public.

General Motors was keen to point out that the Vauxhall VX220 was not simply a Lotus Elise with a different badge. This was obvious simply by looking at them. Instead, the VX220 featured unique styling, which was more sharp-edged than that of Lotus. The chassis was basically identical, but GM went its own way with the powertrain. 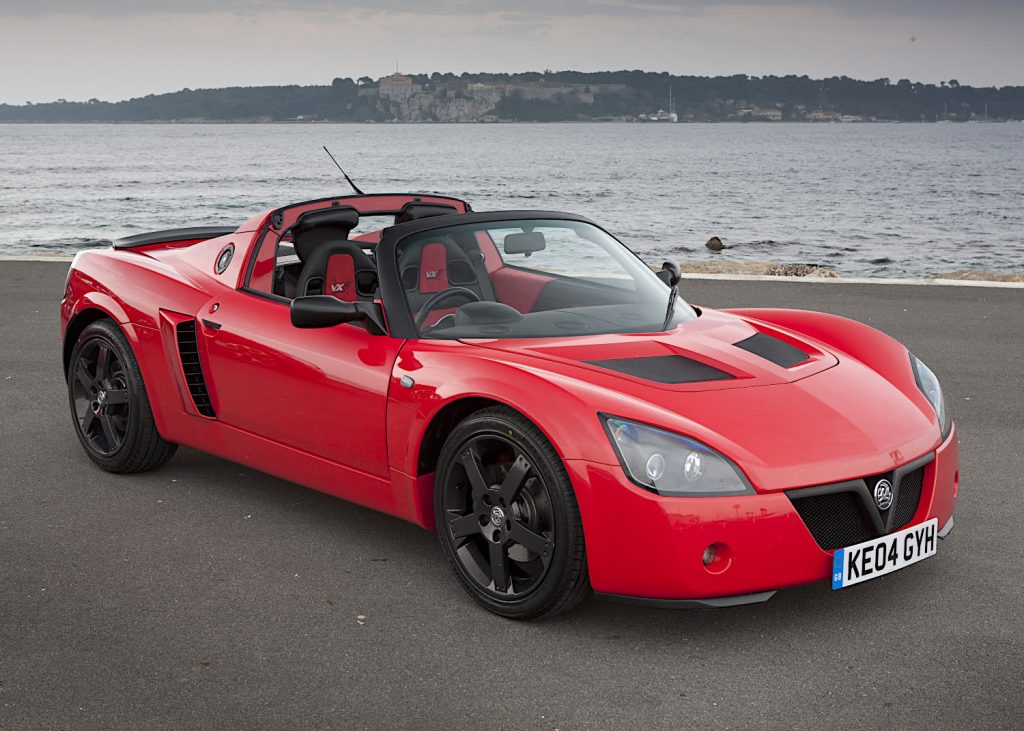 The previous Elise had used a 1.8L I4 Rover engine, and the new one was fitted with a Toyota unit of the same capacity. Unlike Lotus, GM did not need to ask another manufacturer to supply an engine. The Vauxhall VX220 was given the 2.2L I4 16-valve motor also used in the GTE version of the fourth-generation Astra hatchback. Rated at 145 horsepower and 150 pound-feet of torque, it made the car faster than any early version of the S2 Elise, though Lotus went on to introduce more powerful versions later on in the model’s life.

According to Vauxhall’s own figures, the VX220 had a top speed of 135 mph and a 0-60 mph time of 5.6 seconds. It was regarded as being friendlier but less precise through corners than the Elise, but by Vauxhall standards its handling was nevertheless sensational. 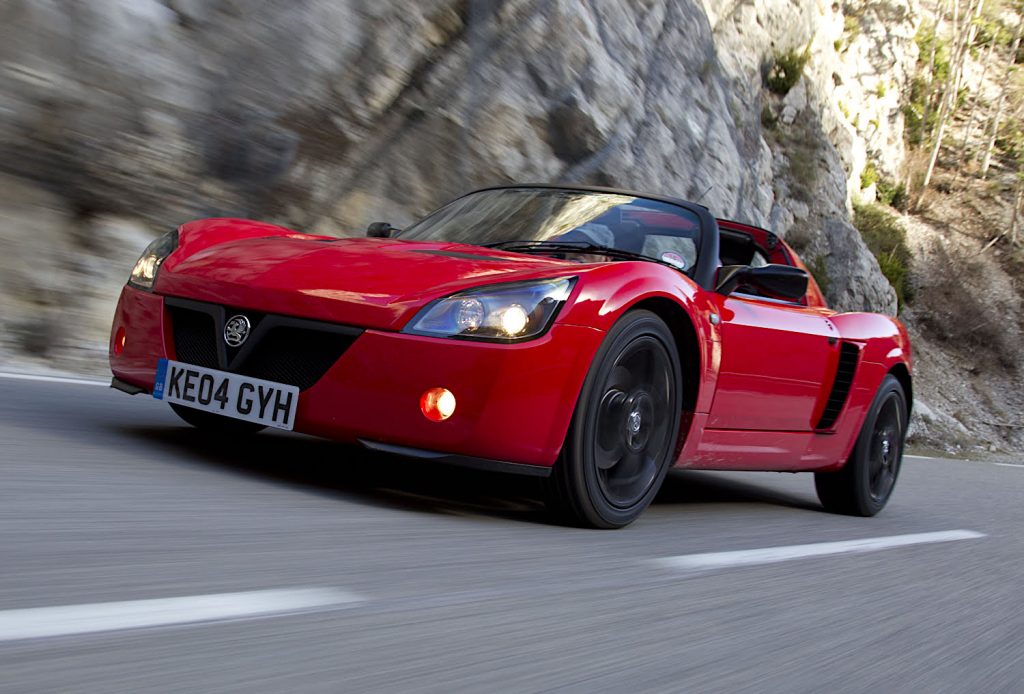 The Vauxhall VX220 went on sale in the U.K. in late 2000, priced at £22,995 (approximately $55,750 today). Options included a radio/CD player, floor mats, fog lights, metallic paint and a leather interior. Vauxhall did not offer air conditioning, electric windows or central locking because they would have added too much to the car’s weight of 875 kg (1,925 pounds).

Inevitably, there were complaints that the car needed more power. Vauxhall responded to this by offering a turbocharged 2.0L I4 version of the engine which produced 200 horsepower. The same engine was uprated to 220 horsepower in the VXR220 of 2004. This was the first use of the VXR branding which has been applied to high-performance Vauxhalls ever since. (The first ever built was the red car pictured on this page, which is part of the Vauxhall Heritage Collection.) The VXR220 had a top speed of 155 mph and a 0-60 mph time of 4.2 seconds, and its suspension was slightly uprated to cope with the extra power. 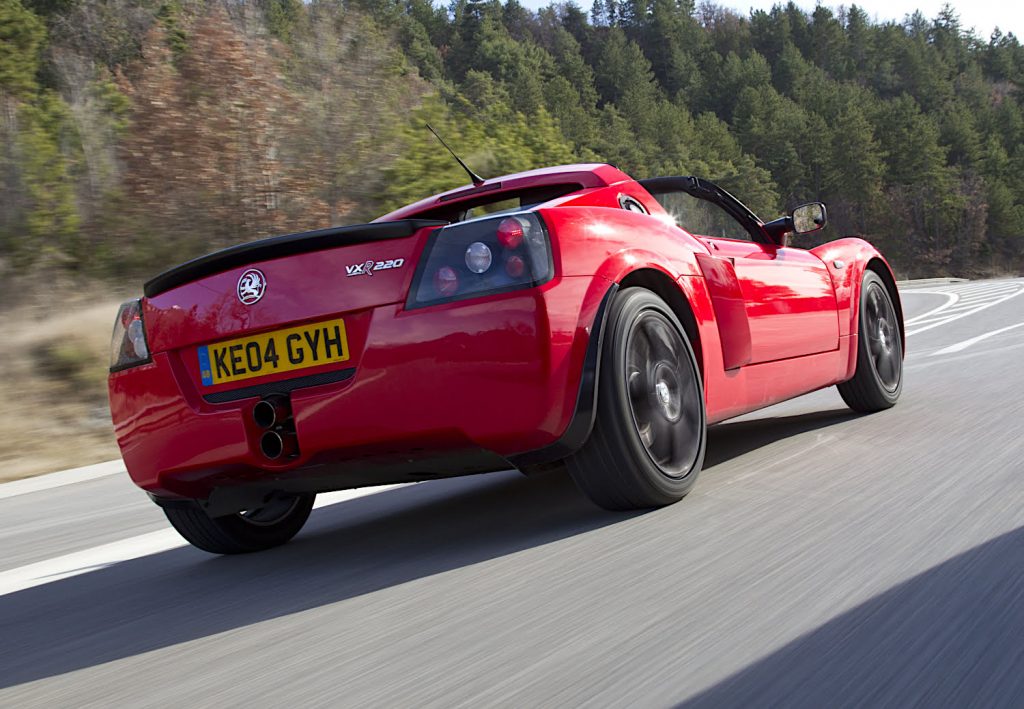 Sadly, the Vauxhall VX220 was never as popular as GM had hoped. Production ended in 2005, and there was no successor. From 2007 to 2010, Opel produced the Opel GT, which was essentially the same as a Pontiac Solstice or Saturn Sky. Vauxhall was not involved with this project, and has yet to return to the sports car market.