The Cadillac Escalade is iconic for its eye-catching style and street-presence, as well as its sumptuous, luxury-laden cabin. Now, Caddy will add to the Escalade’s repertoire with a new go-fast variant dubbed the Escalade-V, a prototype of which was just spotted testing on public roads. 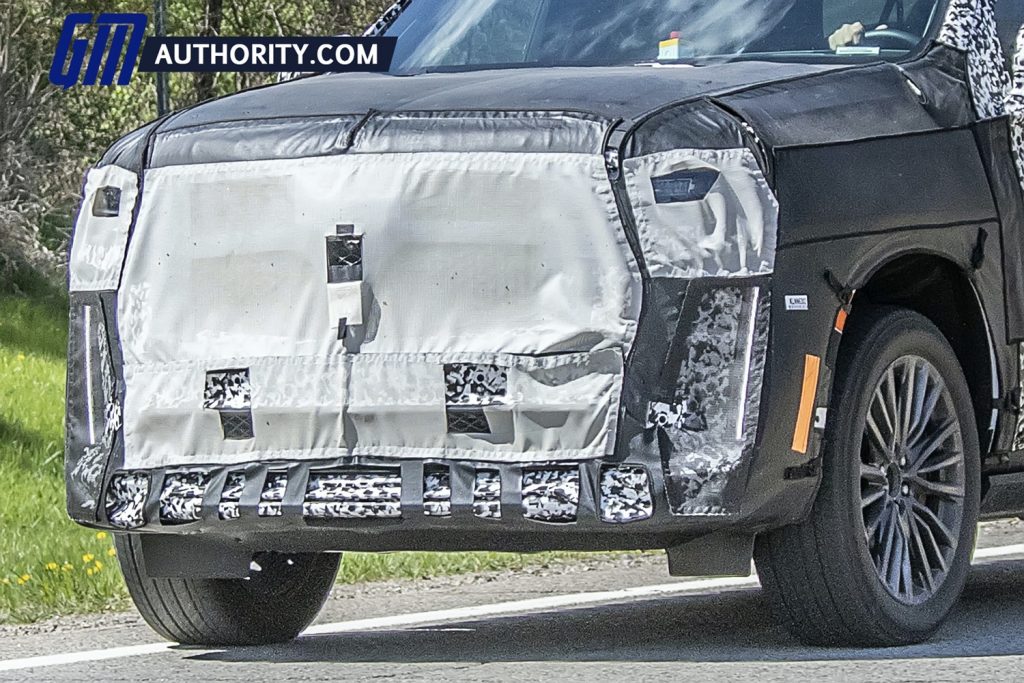 Although at first glance this may appear to be a standard fifth-generation Cadillac Escalade prototype, there are several details which identify it as an Escalade-V. The first indication that this SUV is packing some heat is up front, where the fascia appears to be revised over the current Escalade model, with a new, lower front bumper treatment below the grille that’s also wider around the sides. 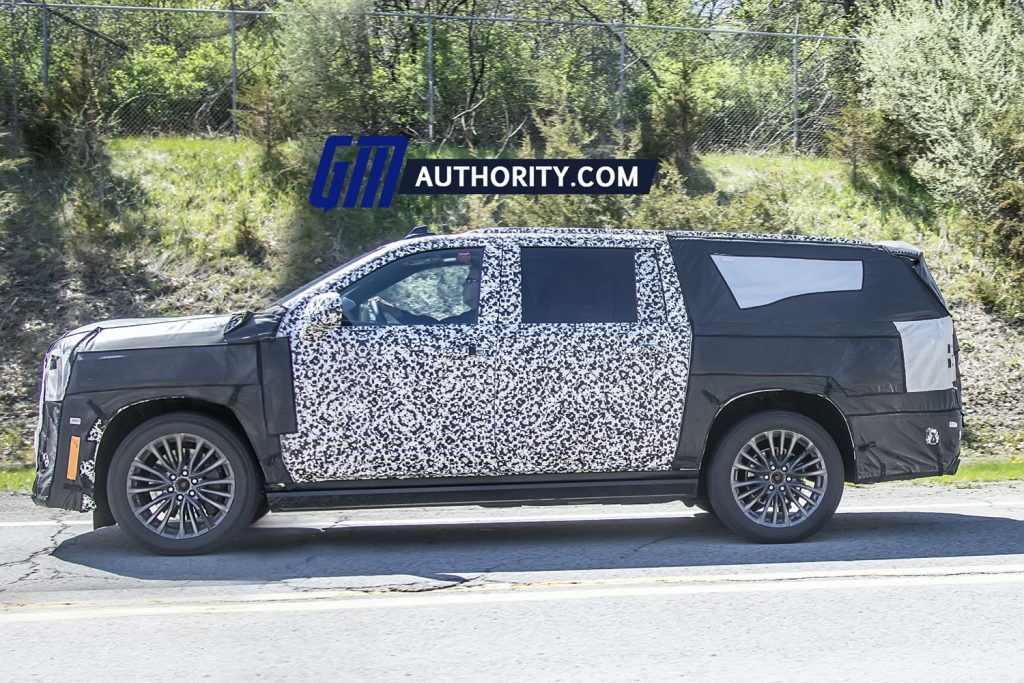 Also notable are the wheels, which appear to be a new multi-spoke design specific to the Escalade-V, plus a lower ride height. Even more interesting are the tires, which have had the manufacturer and model identifiers erased from the sidewalls. 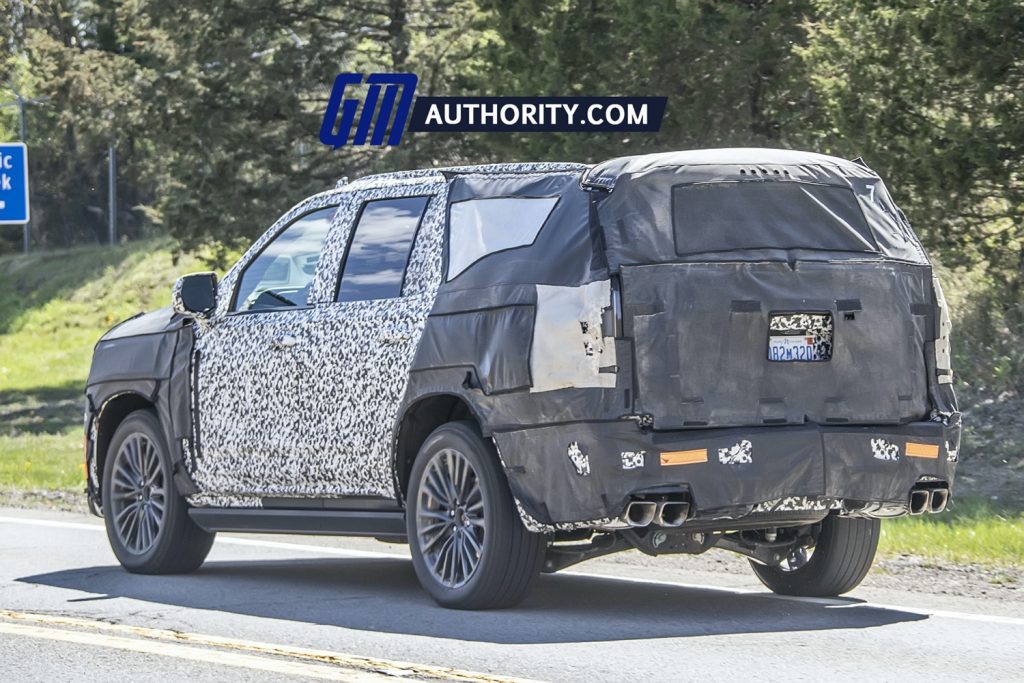 Finally, we have the rear end, which includes four rectangular exhaust tips similar to those on the Cadillac CT4-V and CT5-V (plus their Blackwing variants), as opposed to the dual square pipes we’ve seen on the current production fifth-gen Escalade. 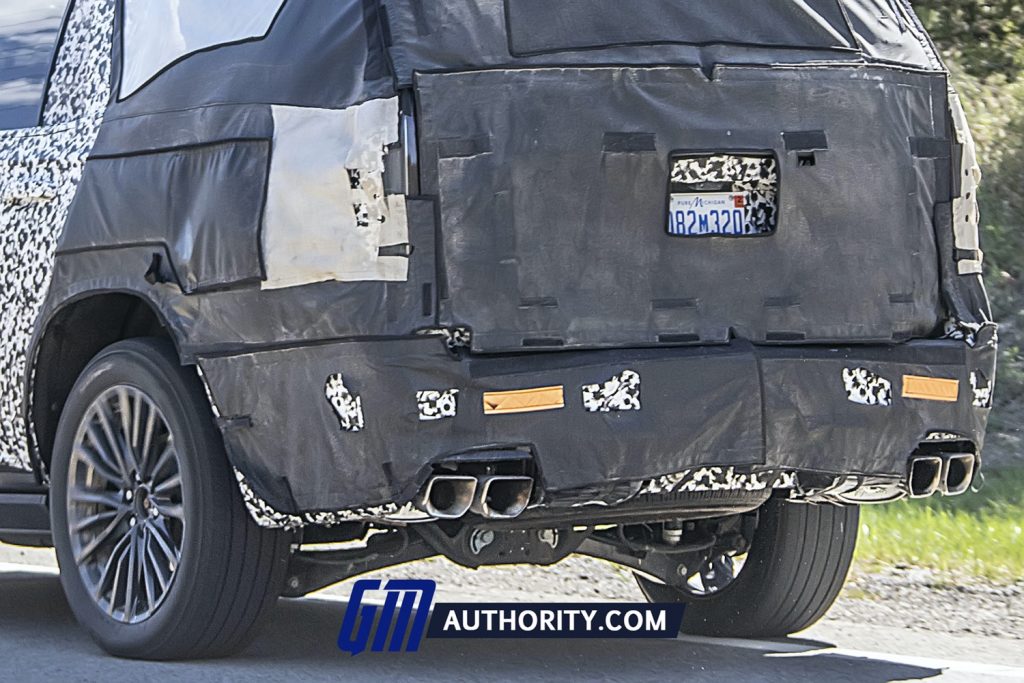 All of this points to one obvious answer – what we have here is the up-and-coming Cadillac Escalade-V. Motivation will be sourced from the supercharged 6.2L V8 LT4 gasoline engine, the same powerplant found in the Cadillac CT5-V Blackwing and Chevy Camaro ZL1, producing 668 horsepower in the former, and 650 horsepower in the latter. We can also expect a retuned version of the Magnetic Ride Control suspension to keep all that muscle in check.

GM Authority was the first to report the impending arrival of the Cadillac Escalade-V, while Cadillac Chief Engineer Tony Roma recently hinted that the brand was working on such a product.

The new Cadillac Escalade-V is expected to arrive for the 2023 model year.