In January 2020, GM Authority exclusively reported that the upcoming C8 Corvette Z06 would feature a massive wing spoiler. This was confirmed in June, when we published spy shots showing a C8 Z06 undergoing testing. Now we can reveal further images of the aerodynamically enhanced sports car in action at GM’s Milford Proving Grounds. 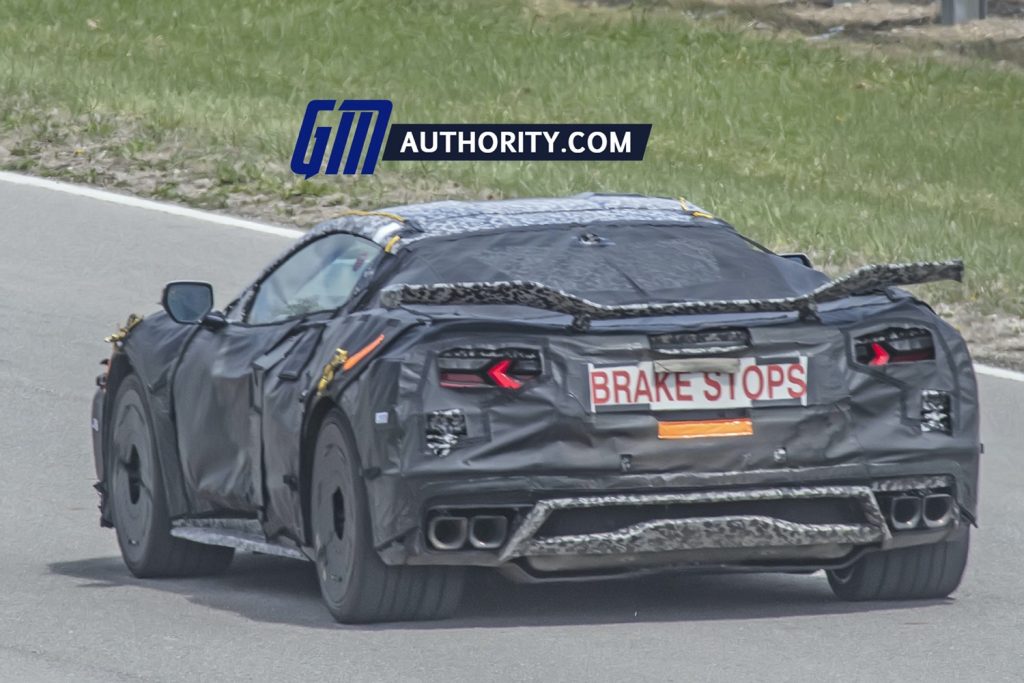 In plan view, the shape of the wing corresponds to that of the trunk. It is almost like a squared-off boomerang, with a center section at the extreme rear from which side sections extend well forward, almost in line with the rear wheels. 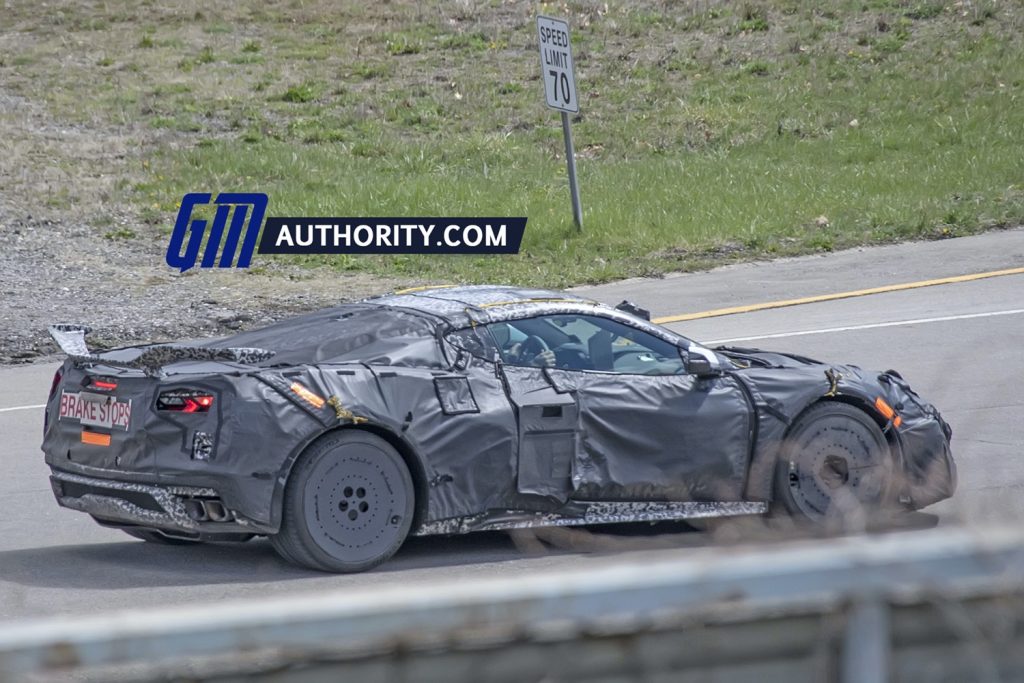 The wing will be offered as part of an optional package, likely to be called Z07. In this case, a vehicle fitted with it could reasonably be described as Corvette Z06 Z07. A further upgrade with active aero features will also be available, as will carbon fiber wheels. 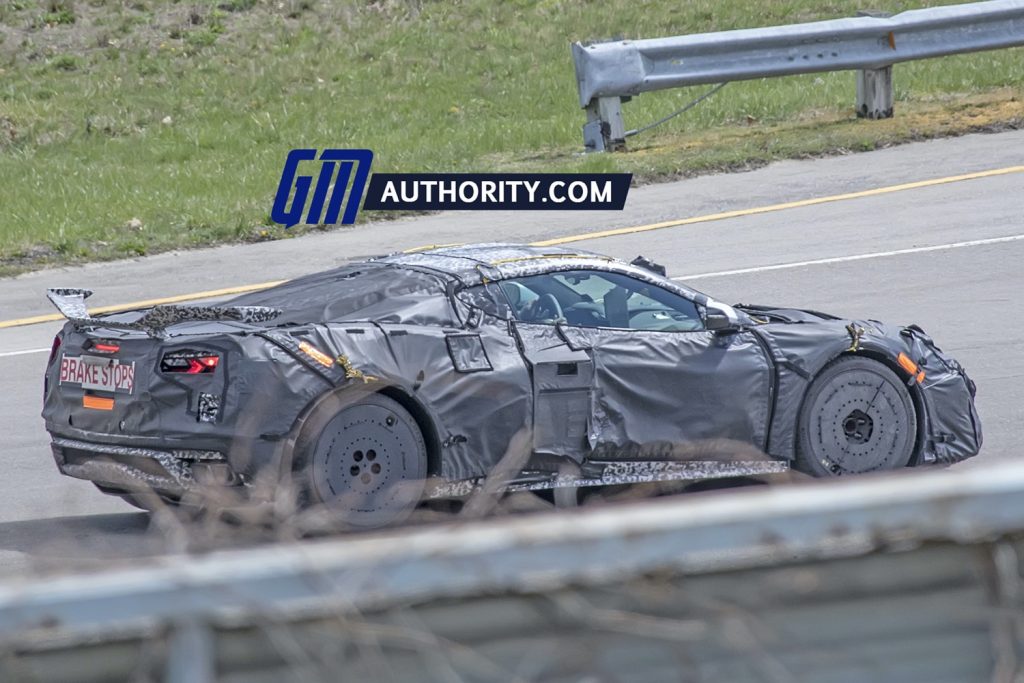 The heart of the Corvette Z06 will be its mid-mounted 5.5L V8 LT6 engine, a descendant of the twin-turbocharged 4.2L V8 LTA Blackwing motor fitted to the now-discontinued Cadillac CT6-V. Despite the relationship, differences between the Cadillac and Chevrolet versions are substantial. The LT6 will be naturally aspirated, and will have a double overhead camshaft (DOHC) cylinder head with 32 valves, along with a flat-plane crank. 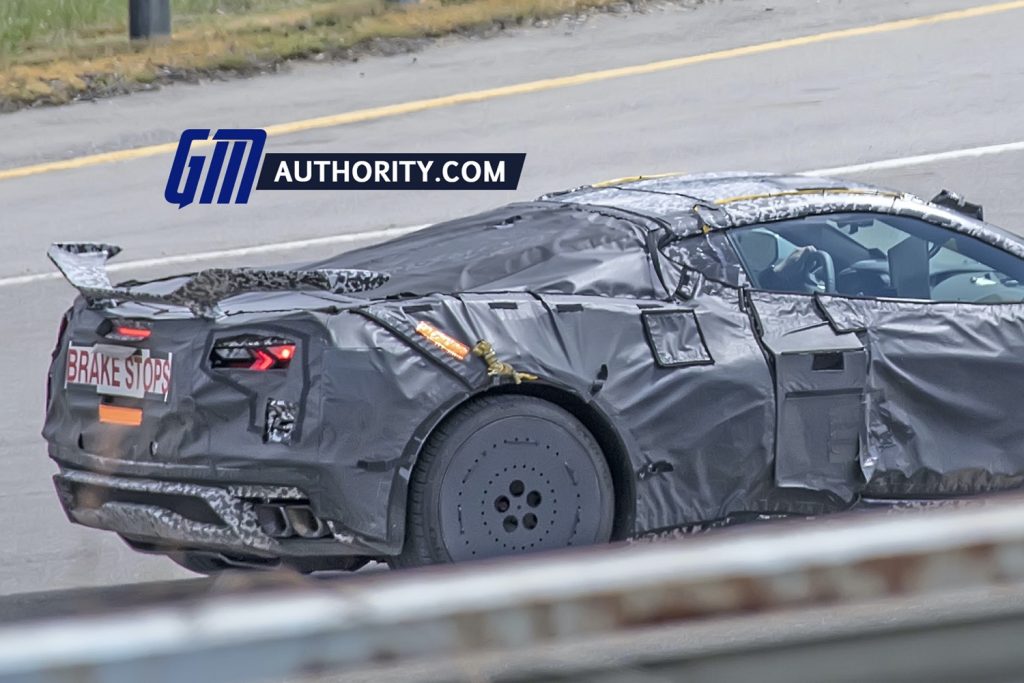 No official performance figures are currently available, but the latest estimate is that the LT6 will produce around 615 horsepower and 450 pound-feet of torque. It will drive the rear wheels of the Corvette Z06 through an eight-speed dual-clutch transmission. 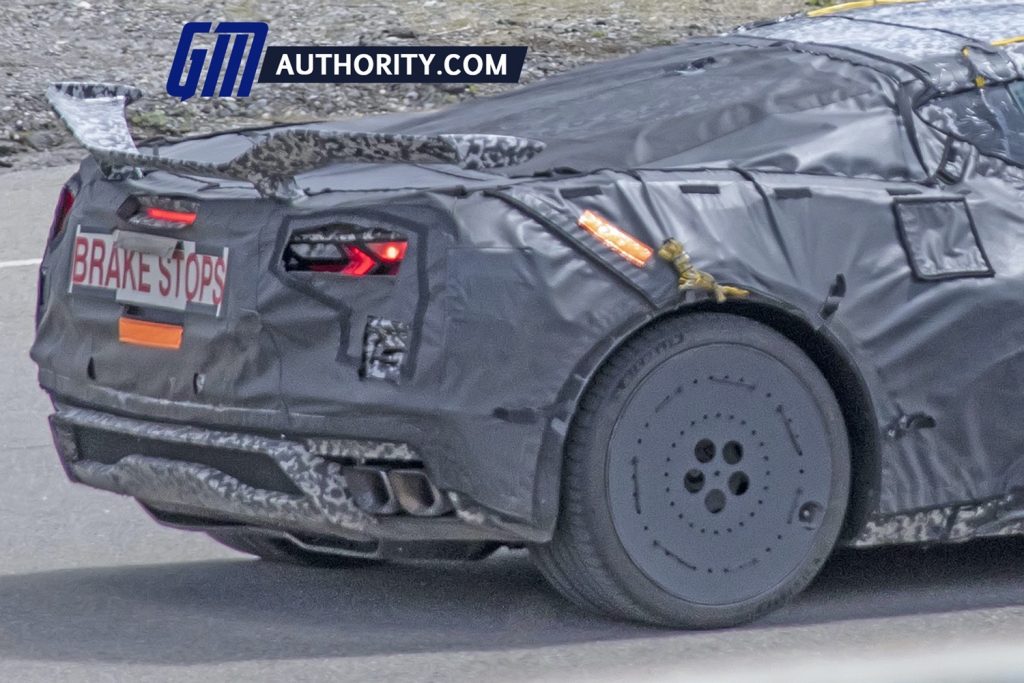 What we do know is that it sounds fantastic, as demonstrated in this video of another Corvette Z06 undergoing launch control starts. 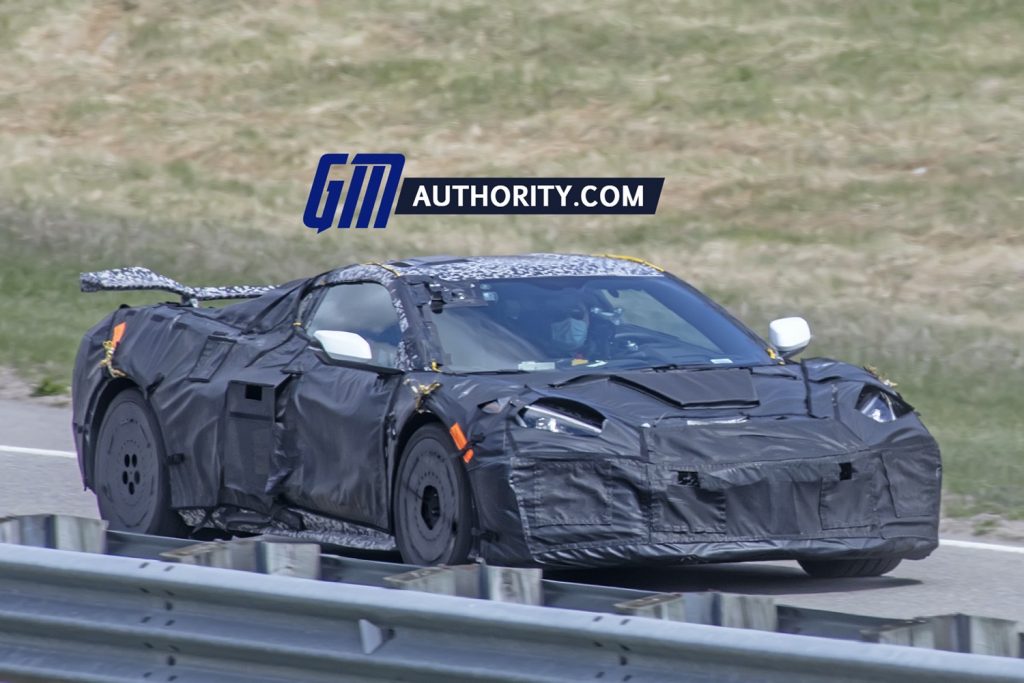 The Corvette Z06 is expected to make its debut in July of this year, and to go on sale as a much more affordable rival to the Porsche 911 GT3 and the Lamborghini Huracan Performante.