A rendering artist has transformed the C8 Corvette into a radical widebody hypercar that they’ve dubbed the ‘Hypervette.’ 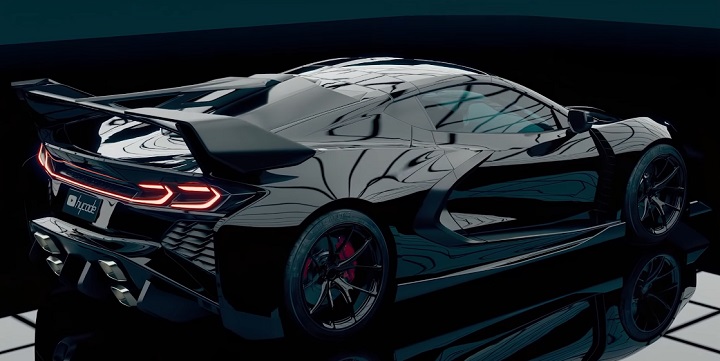 Our favorite part of this digital rendering is the rear end, which incorporates a light bar that connects the driver’s side and passenger’s side taillights. This is a feature we’d love to see Chevy apply to a future C8 Corvette performance variant, although it radically changes the rear-end styling of the mid-engine sports car, so this seems rather unlikely. We’re also big fans of the stacked square-tip exhausts, which give the rear end of the vehicle a much more exotic look. Rounding out the changes here are a set of multi-spoke alloy wheels, which do a good job of filling out this custom Vette’s widened wheel arches.

The artist responsible for this fictional widebody Corvette, Hycade, went through the trouble of rendering it in three different factory C8 Corvette colors, including Arctic White, Black and Rapid Blue. We think Black lends itself well to the aggressive widebody kit, but there’s no denying the Rapid Blue version would turn the most heads.

We’d love to see a kit like this hit the market, but as it stands, this widebody kit only exists on our computer and phone screens. Let us know what you think of this radically re-styled C8 Corvette by voting and commenting below.