A digital artist has provided their vision for a modernized version of the iconic seventh-generation Chevy Impala SS.

The seventh-gen Impala SS was unique, as it was not sold alongside a standard version of the Impala and was instead a high-performance version of the Chevy Caprice. The rear-wheel-drive sedan has now generated a cult-like following for its handsome mid-90s styling and standard 5.7L LT1 V8 engine, so this fan-made rendering should find plenty of fans among these loyal seventh-gen Impala fans.

This rendering takes the general silhouette of the seventh-gen Impala SS and melds it with modern-day touches like LED headlamps and daytime running lights, side skirts, a large front air dam/intake with a Chevy Camaro ZL1-style grille design, a “flowtie” Chevy bowtie and the alloy wheels from a Chevy Camaro ZL1. This rendering also incorporates more stylized and modern-looking sheet metal along the side panels and doors. 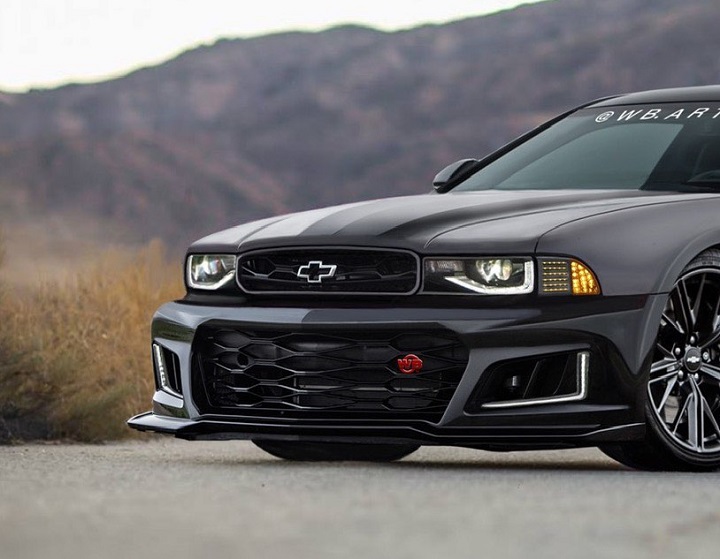 We envision this fictitious, modern-day Chevy Impala SS as featuring the same powertrain as the Chevy Camaro ZL1. That would give it a supercharged 6.2L LT4 V8 engine producing 650 horsepower and 650 pound-feet of torque, along with a standard six-speed manual transmission and available GM 10-speed automatic. Rear-wheel-drive would of course be standard, while GM’s electronic limited-slip differential would help put all that power to the ground effectively. A rear-wheel-drive performance version of the Impala is definitely not in GM’s future product plans, as the automaker discontinued the Impala a couple of years ago and has no intentions of reviving the nameplate. We of course can’t forget the Holden Commodore-based Chevy SS sedan, which followed a very similar philosophy to the seventh-generation Impala SS, though it was only sold for a brief period between 2014 and 2017 and is no longer in production.

Let us know what you think of this rendering by voting or commenting below, Chevy fans.