While the Oldsmobile Ninety-Eight has been out of production for 25 years, there are still some General Motors fans out there that would like to see this old nameplate make a return. A rendering artist on Instagram recently tried his hand at drawing up a modern-day Oldsmobile Ninety-Eight, but he put a rather unexpected twist on his digital rendering. 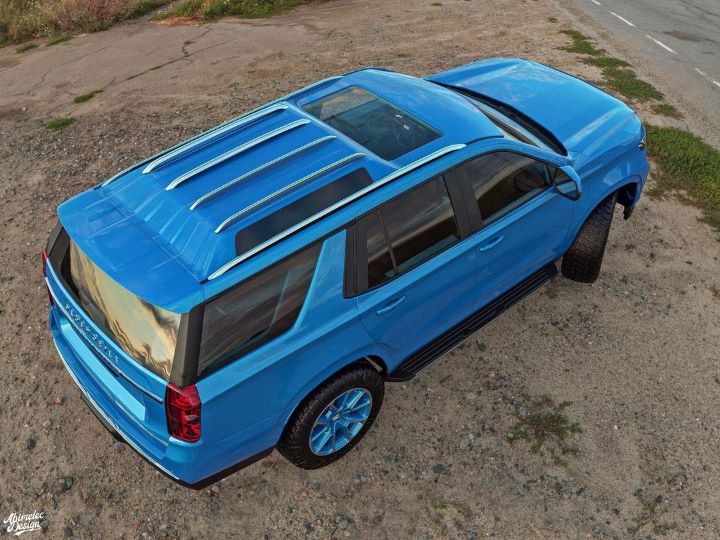 As we can see, this modern Olds is a full-size SUV based on the T1-platform Chevy Tahoe. While this may seem a bit weird, it’s actually a more realistic interpretation of a modern-day Oldsmobile Ninety-Eight, in our opinion. GM is shying away from passenger cars in favor of crossovers and SUVs, so if it revived the nameplate, it’s highly likely that it’d be a crossover or SUV rather than a sedan. The artist also envisions the vehicle as being a hybrid, incorporating a charging port in the center grille bar. He also included a raised section in the roof, which would provide additional head space for rear seat and third-row passengers and further set this badge-engineered Oldsmobile apart from the Tahoe on which it’s based. 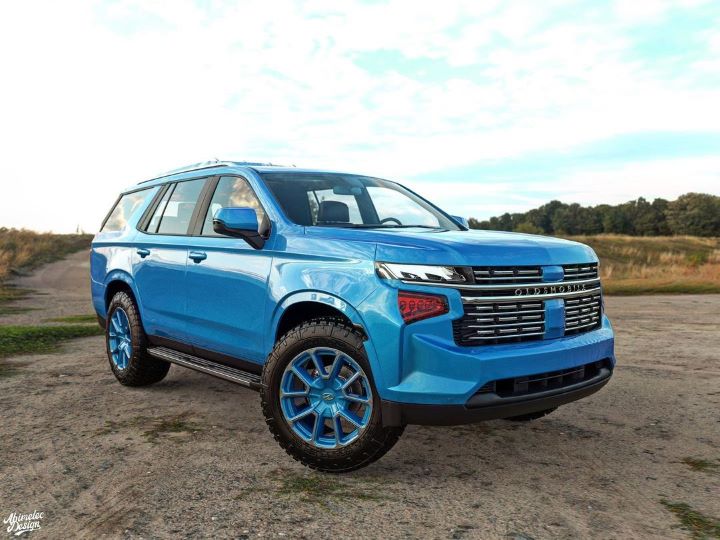 Let us know what you think of this somewhat strange rendering in the comments below, GM fans. We’re not too sure what to think of it, personally, but we appreciate the outside-the-box thinking on display here.