In case you’re late to the party, Cadillac is cooking up a new high-performance Escalade-V model, adding a heady dose of supercharged go-fast goodness to the iconic Cadillac Escalade luxury SUV. Now, the 2023 Cadillac Escalade-V has been spotted in prototype form undergoing some real-world high-altitude testing in Colorado. 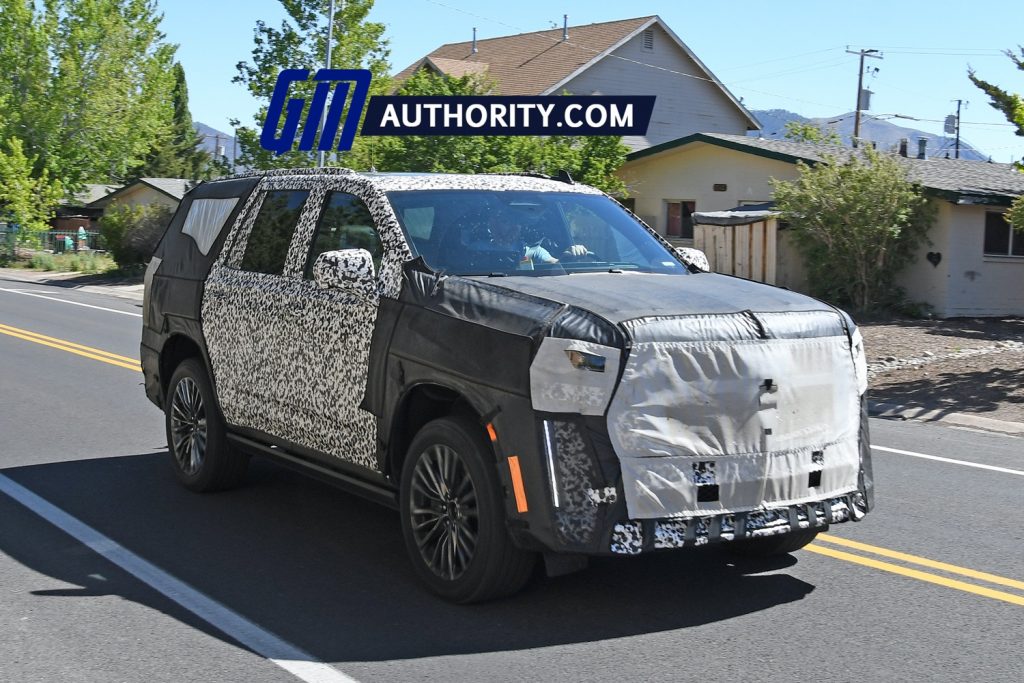 The latest spy photos reveal several Escalade-V prototypes, including the standard-length model, as well as the extended-length Cadillac Escalade-V ESV (“Escalade Stretch Vehicle”). The prototypes were also spotted alongside a non-V Cadillac Escalade 600, which is equipped with the naturally aspirated 6.2L V8 L87 gasoline engine, which produces 420 horsepower and 460 pound-feet of torque. 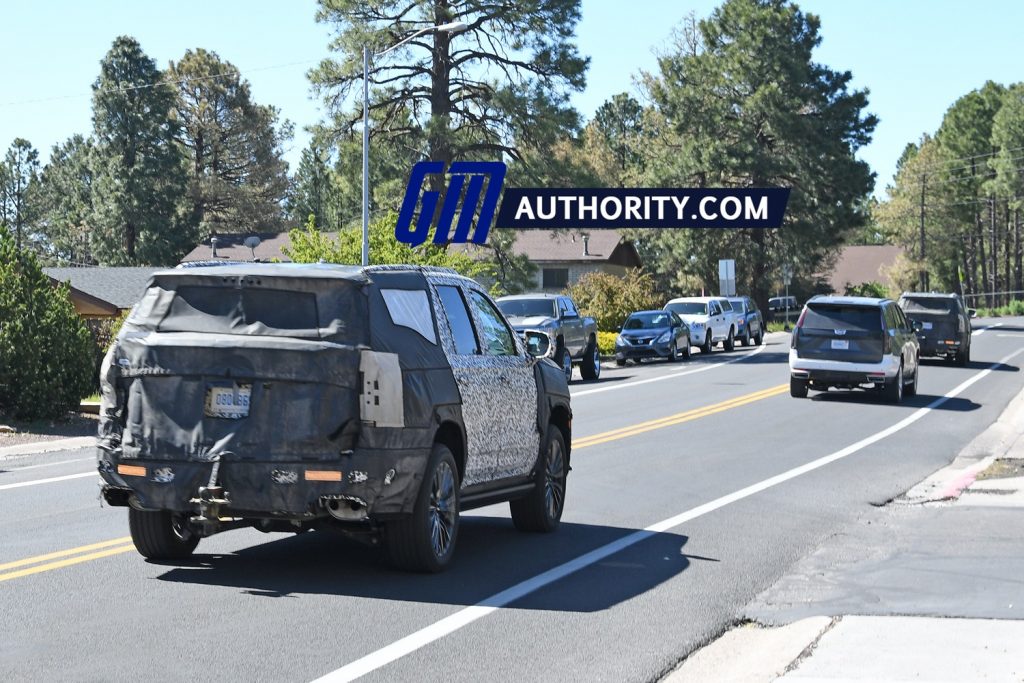 By comparison, the new 2023 Cadillac Escalade-V is expected to feature the supercharged 6.2L V8 LT4, the same rip-snortin’ lump-of-go found in the Chevy Camaro ZL1 and Cadillac CT5-V Blackwing, offering up 650 horsepower in the Camaro, and 668 horsepower in the CT5-V Blackwing. The supercharged V8 will be mated to a 10-speed automatic transmission. 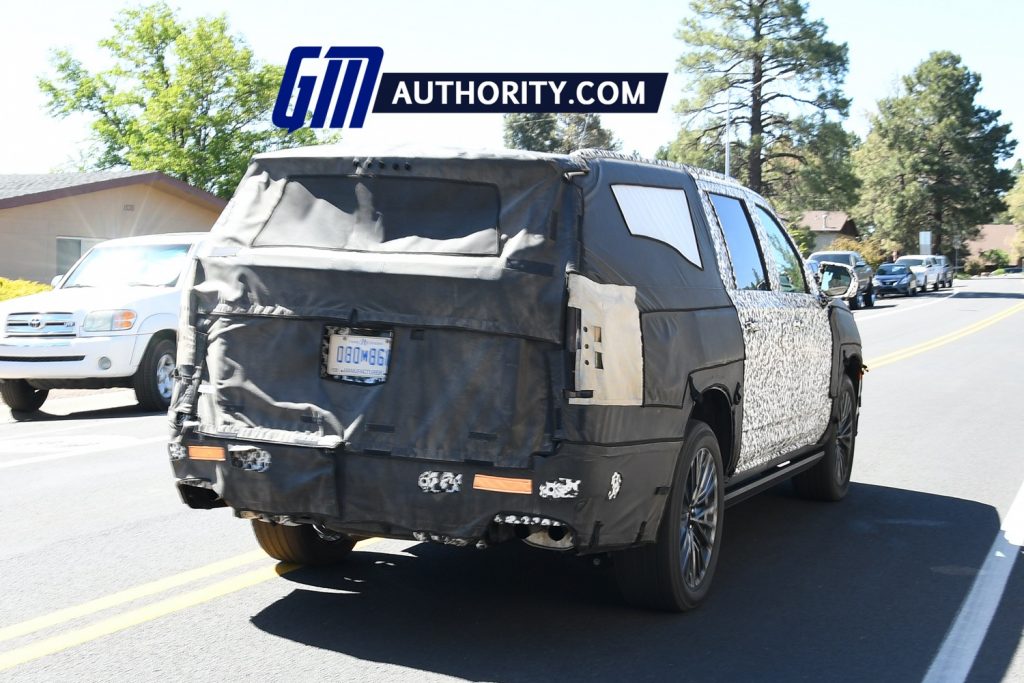 Interestingly, these prototypes are missing the production-intent exhaust finishers. When it does start rolling off the line, the 2023 Cadillac Escalade-V will come with a four-piece of rectangular exhaust finishers similar to those seen on the Escalade-V prototype that GM Authority featured earlier this month. 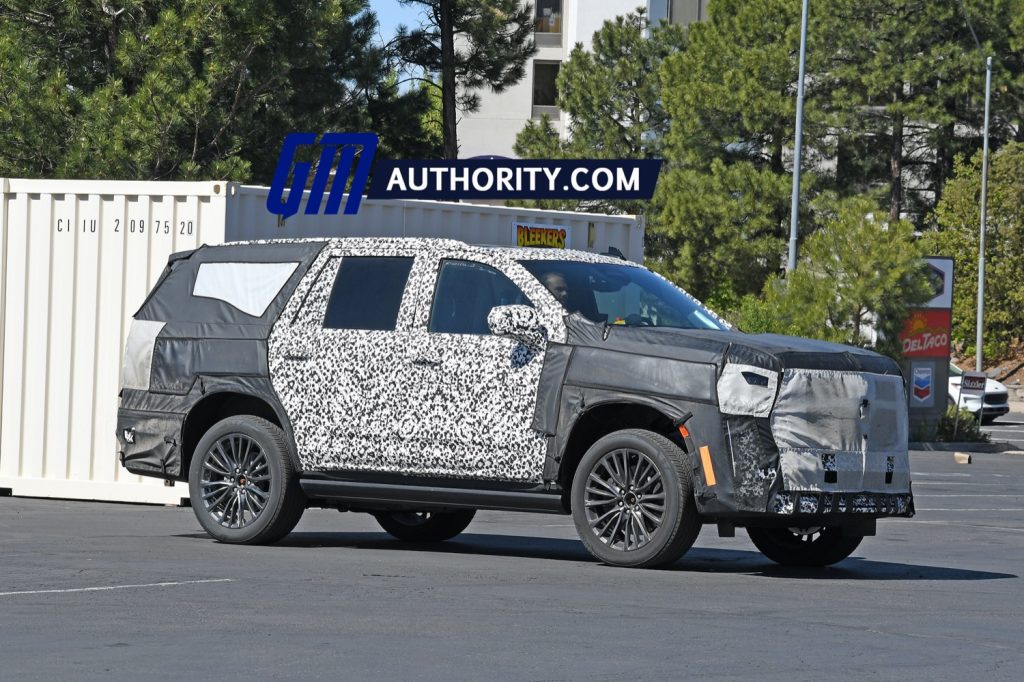 Further features will include Magnetic Air Ride Control and Air Ride Adaptive Control suspension components, as well as more aggressive styling. These prototypes are also noteworthy for their black multi-spoke wheels, which are the same rollers seen on earlier prototype models. 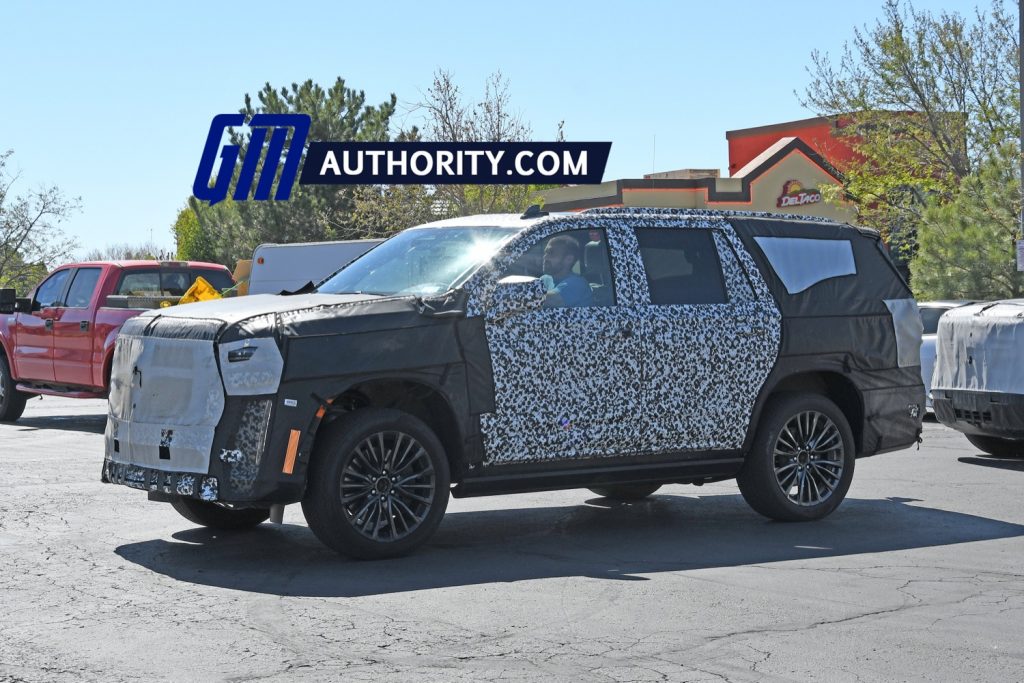 GM Authority was the first to report on the new Cadillac Escalade-V in July of 2019. Then, back in March of this year, Cadillac Chief Engineer Tony Roma hinted that a new go-fast Escalade model was indeed in the works. 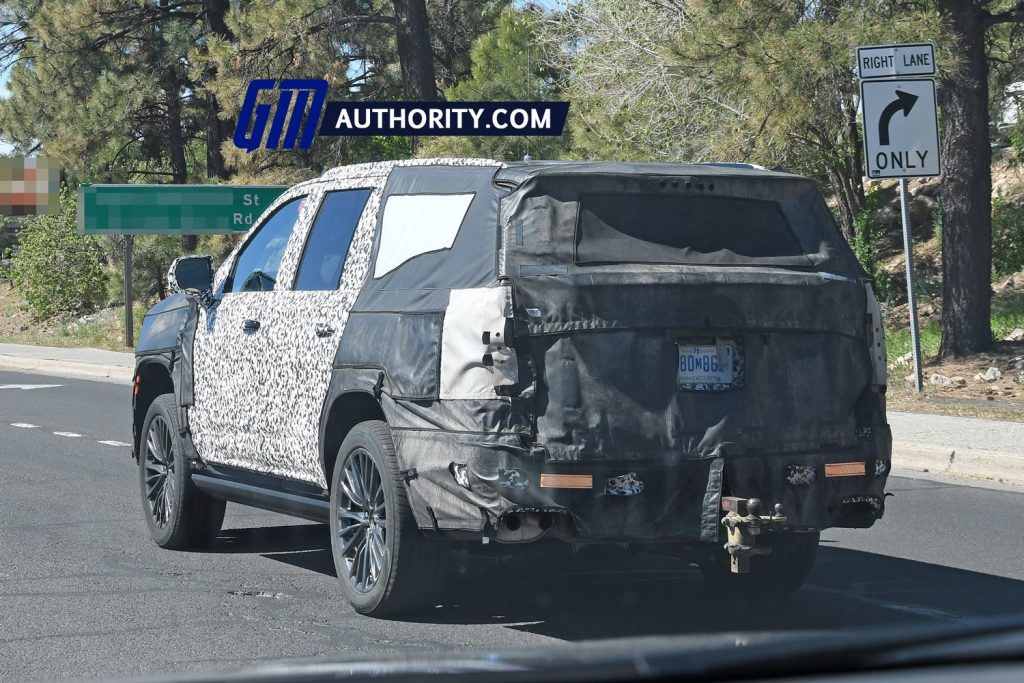