The upcoming 2022 Chevy Camaro will arrive as the seventh model year of the latest sixth-generation vehicle, set to introduce a few minor changes and updates over the current 2021 model year. One of those changes will be the discontinuation of the Kalahari interior seat trim color. 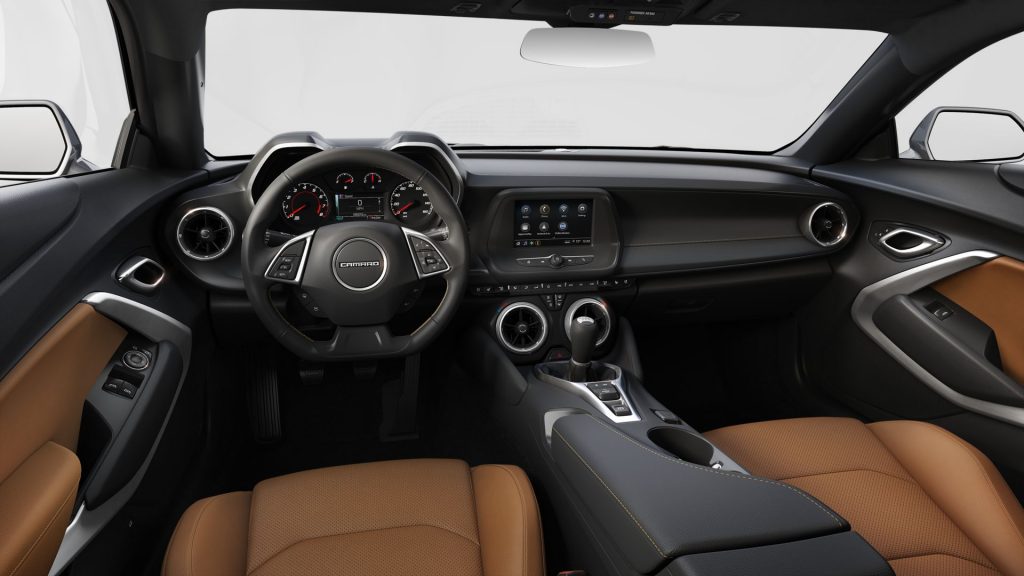 Currently, the Chevrolet Camaro offers the Kalahari seat trim color as an available option on 2LT, 3LT, and 2SS trim levels. With its departure and the debut of the 2022 Chevy Camaro, the Bow Tie muscle car will be left with the following five interior color combos, listed as:

To note, the discontinuation of the Kalahari interior color option with the introduction of the 2022 Chevy Camaro will also include deletion of the Kalahari knee pads, an LPO-level item (delivered to and installed by the dealer, rather than at the factory at the time of production).

Further changes will include discontinuation of the 1LE Track Performance Package for LT models, as well as a few changes to the optional extras, such as a rename for the Wild Cherry Design package.

General Motors currently has no plans to offer a 55th anniversary special edition model. However, the 2022 Chevy Camaro will continue to offer the same engine lineup as before, including the turbocharged 2.0L I4 LTG, the naturally aspirated 3.6L V6 LGX, the naturally aspirated 6.2L V8 LT1, and the supercharged 6.2L V8 LT4. Transmission options will include a six-speed manual, eight-speed automatic, and 10-speed automatic, depending on the powerplant selected. Under the skin, the 2022 Chevy Camaro will continue to ride on GM’s Alpha platform.

As GM Authority covered previously, the start of production for the 2022 Chevy Camaro is set for Monday, June 14th, 2021, with models rolling of the line at the GM Lansing Grand River production facility in Michigan.