The new 2022 Chevy Bolt EUV crossover and updated 2022 Chevy Bolt EV hatchback have officially entered production at the GM Lake Orion Assembly plant and are on their way to dealerships nationwide. 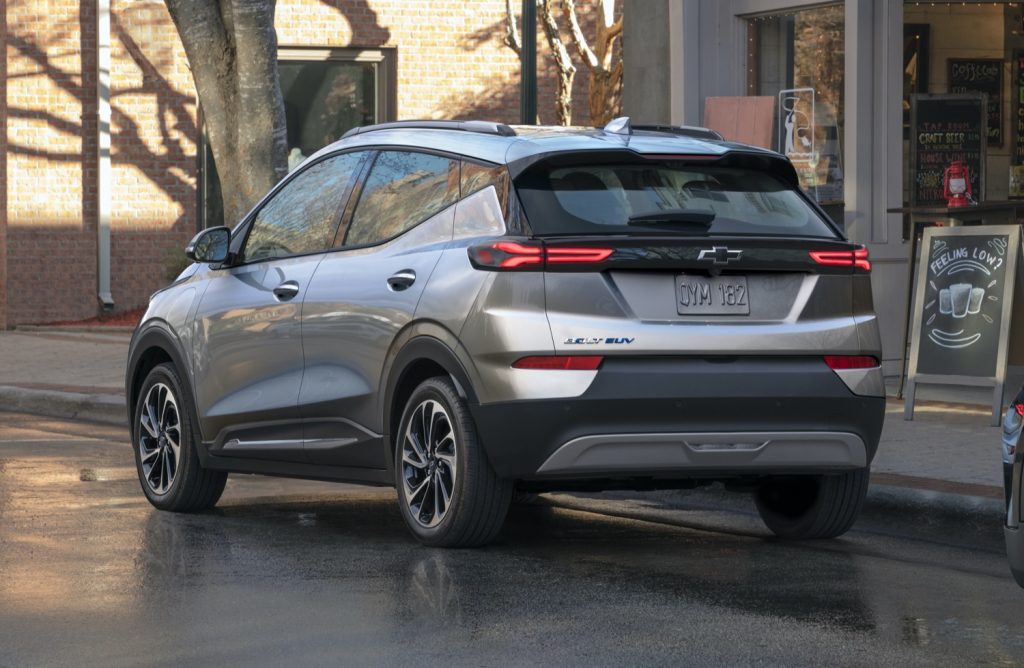 Chevy posted a photo of a  2022 Bolt EV going through a final inspection on the assembly line at the Lake Orion plant this week, which was joined by the following caption:

“The future is all electric. The new 2022 Bolt EUV and redesigned Bolt EV have left the factory and are shipping to a Chevrolet dealership near you.”

The 2022 Chevy Bolt EUV and Bolt EV first debuted back in February, with Chevy at the time saying the vehicles would enter production in the summer. Pricing for the Bolt EV starts at $31,995, while the larger Bolt EUV is priced from $33,995. The outgoing 2021 model year Bolt EV, by comparison, was priced from $37,890 including destination. 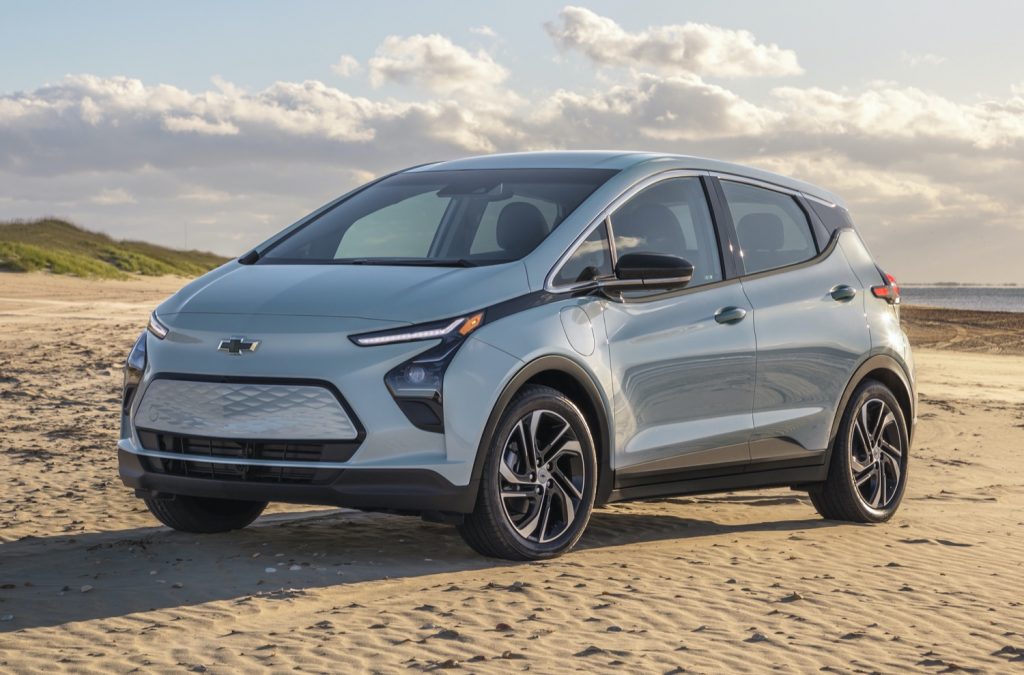 Both of these electric compacts are powered by a 288-cell lithium-ion battery pack rated at 65 kWh, which sends power to a front-mounted electric motor with a maximum output of 200 horsepower and 266 pound-feet of torque. The Bolt EUV has an EPA-estimated range of 259 miles on a full charge, while the slightly larger Bolt EUV boasts an estimated range of 247 miles. 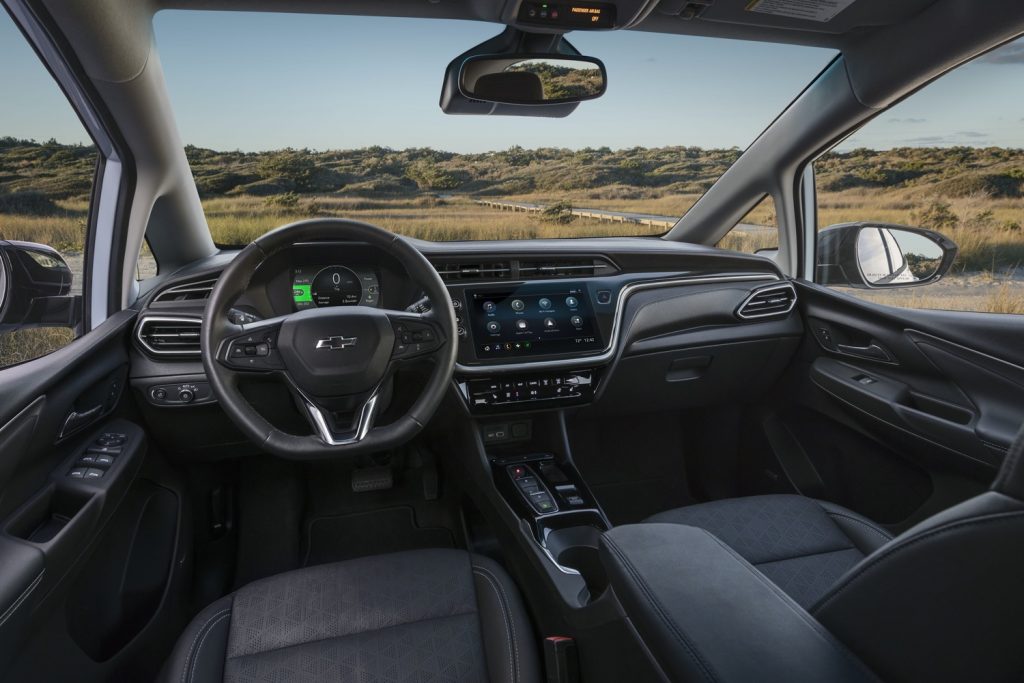 The 2022 Chevy Bolt EUV and Bolt EV are GM’s most affordable electric vehicles at the moment and are seen as an important part of its long-term goal of putting all drivers behind the wheel of an electric vehicle.

“We want to put everyone in an EV and the new Bolt EUV and redesigned Bolt EV are crucial to doing so,” GM President Mark Reuss said at the time of the vehicles’ debut. “Together, they enable mainstream customers to be part of our vison of zero crashes, zero emissions and zero congestion.” 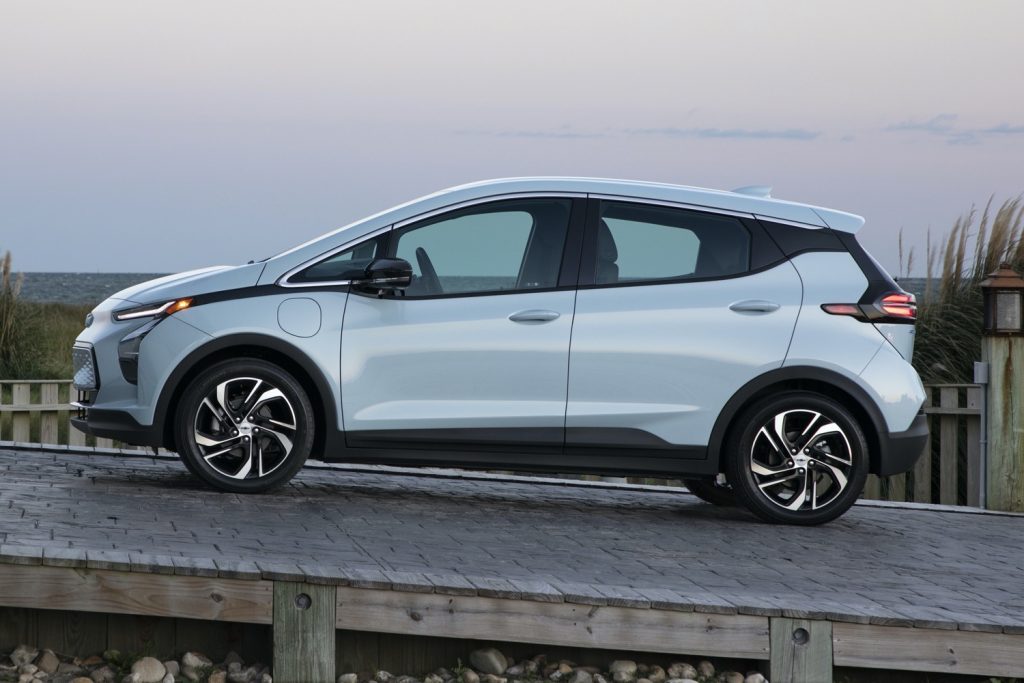 Look for the 2022 Chevy Bolt EUV and Bolt EV to start hitting dealer lots in the coming days and weeks.