The 2021 Corvette Convertible will serve as the Indy 500 pace car for the 105th running of the “Greatest Spectacle in Racing” later this month. 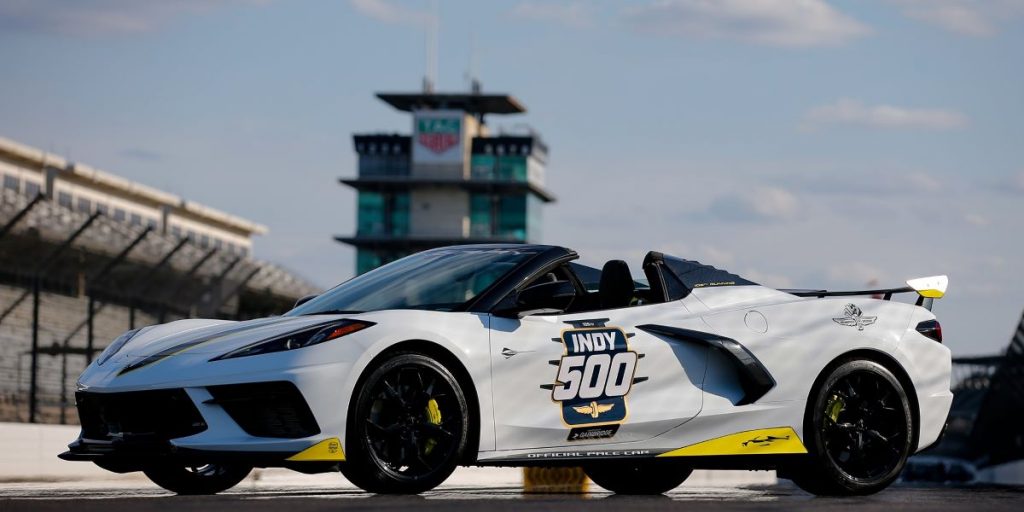 This year’s Indy 500 pace car is a 2021 Corvette Convertible with an Arctic White exterior, Strike Yellow accents and a matching Strike Yellow/Sky Cool Grey interior. The pace car also has an exclusive stripe package, unique Stingray decals and rear-facing safety lights incorporated into the tonneau cover nacelles. These lights are joined by additional safety strobe lights in the headlights, front vent louvres and taillights. This will be the first convertible to lead the Indy 500 field to green since 2008, when a C6 Corvette Convertible was drafted in for pace car duty.

“The Chevrolet team is privileged every time we’re invited to pace the Indianapolis 500,” said Chevy marketing boss Steve Majoros. “We are confident the track-capable Corvette Stingray Convertible will catch every race fan’s eye as it leads the pack toward the Yard of Bricks. From the color scheme, to the special race weekend decals and how the safety lighting is skillfully integrated into the nacelles of the hard-top convertible Corvette’s revolutionary appearance, we’re putting Chevrolet’s best on display for the fans.” 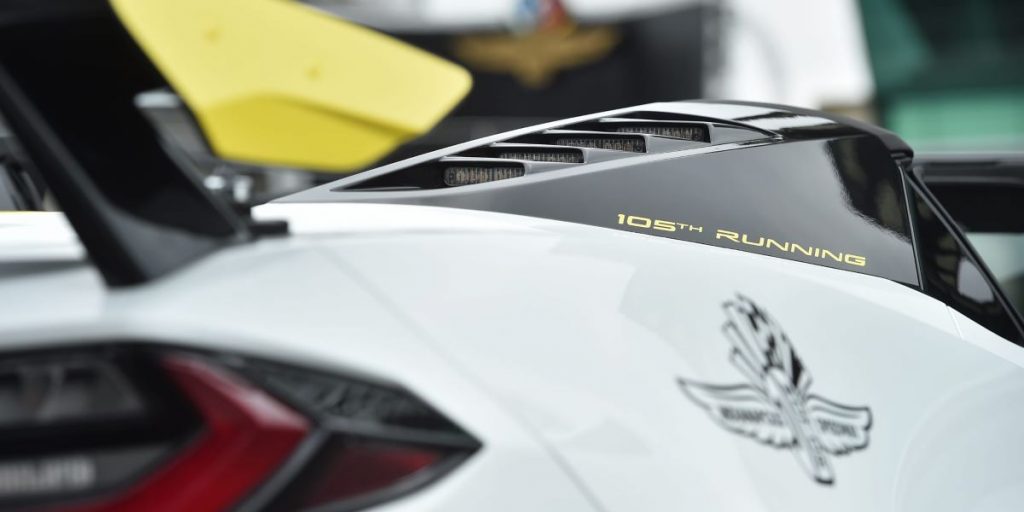 The Indy 500 pace car will feature a bone stock 6.2L LT2 V8 engine, which is rated at 495 horsepower and 470 pound-feet of torque with the optional performance exhaust equipped, along with a factory eight-speed dual clutch transmission. 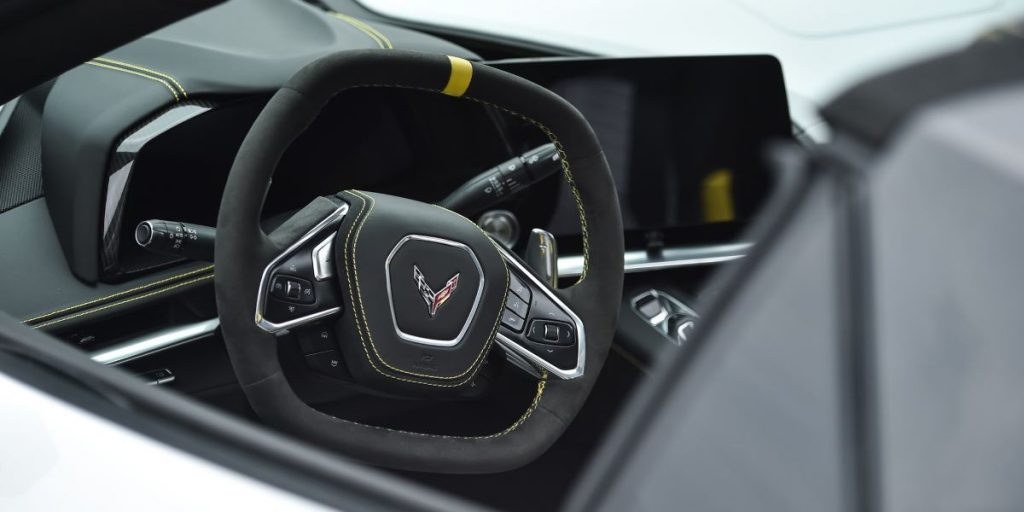 A Chevrolet driver last won the Indy 500 in 2019, when Simon Pagenaud prevailed in a wheel-to-wheel battle with Honda driver Alexander Rossi to take his first Borg Warner Trophy. A Chevy has won the “Greatest Spectacle in Racing” a total of eleven times between nine different drivers in the race’s history.

The 105th Running of the Indianapolis 500 presented by Gainbridge will be held on May 30th, 2021. NBC will have live television coverage throughout the day, while the IndyCar Radio Network will broadcast the race to Sirius 211, XM 205 and via the INDYCAR Mobile App.