A 1998 Chevy Corvette that was donated to the National Corvette Museum during the recent 2021 NCM Bash pays tribute to late NASCAR legend Dale Earnhardt. 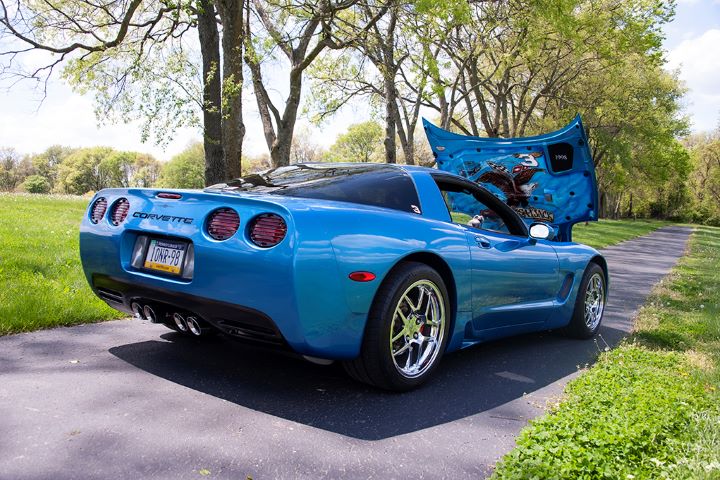 This Nassau Blue Chevy Corvette was donated to the NCM by Jack and Dor DeLong, who purchased the car brand new in 1997. The DeLongs later drove their C5 to the NCM’s fifth-anniversary celebration in 1999, waking up early so they could be the second car in line to get into the NCM grounds on the day of the event. Jack says attending this event “opened their eyes to what the museum could be for them,” and kickstarted a close relationship with the facility. Since then, the DeLongs have donated two C4 Corvettes to the museum and have now donated a third vehicle in the way of their one-owner C5. 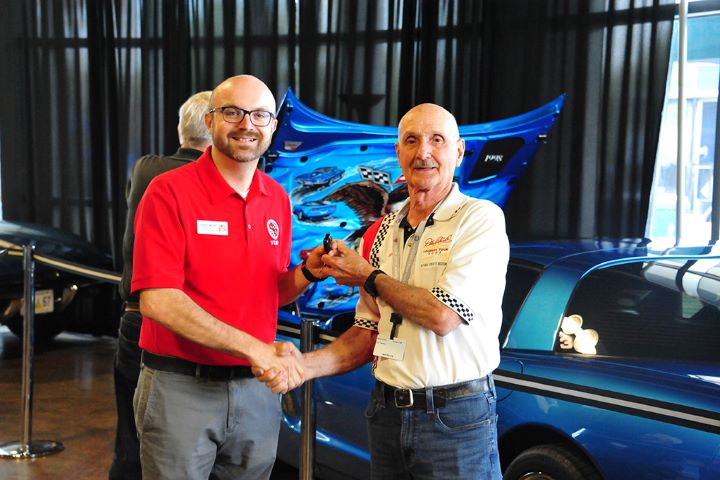 Jack’s 1998 Chevy Corvette features a special airbrushed tribute to NASCAR driver Dale Earnhardt Jr. under the hood. He had the airbrushed tribute commissioned after his car was accepted to participate in a special tribute parade for Earnhardt in 2003 that was hosted by the NCM. He fondly remembers the parade visiting Earnhardt’s race shop and having several members of the team coming out to look at the airbrushed mural on his car. 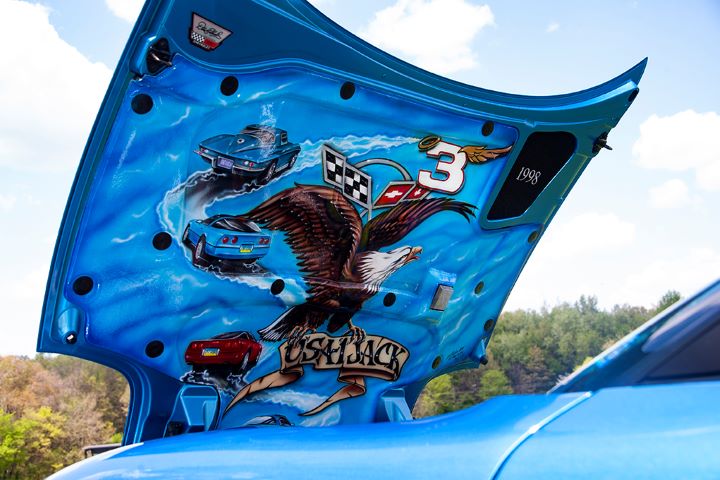 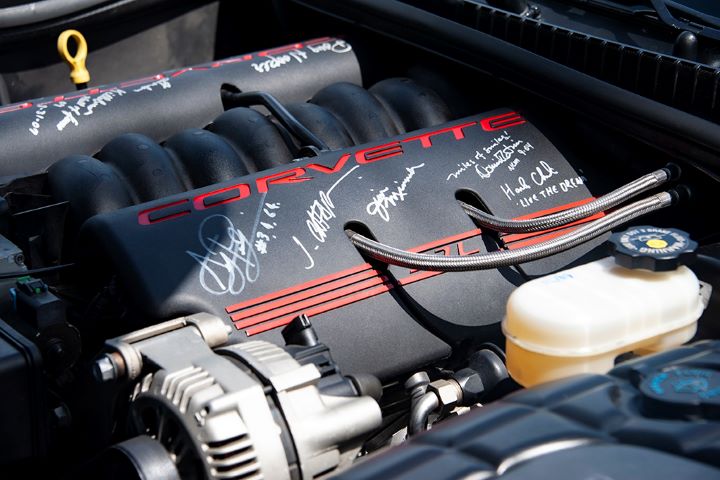 The DeLongs donated the car to the NCM during a special key handoff ceremony during the 2021 Michelin NCM Bash, which was held late last month. The museum says the donation of this vehicle is very fitting, as the 20th anniversary of Earnhardt’s passing was this past February. During the key handoff ceremony, NCM lead Curator, Derek E. Moore said this is “a very significant moment in time to remember Dale and what Jack and Dor have done to this car to honor Dale’s memory.” The DeLongs, for their part, say they hope the donation of their Chevy Corvette “reveals how much the Museum and Corvette truly mean to them.”